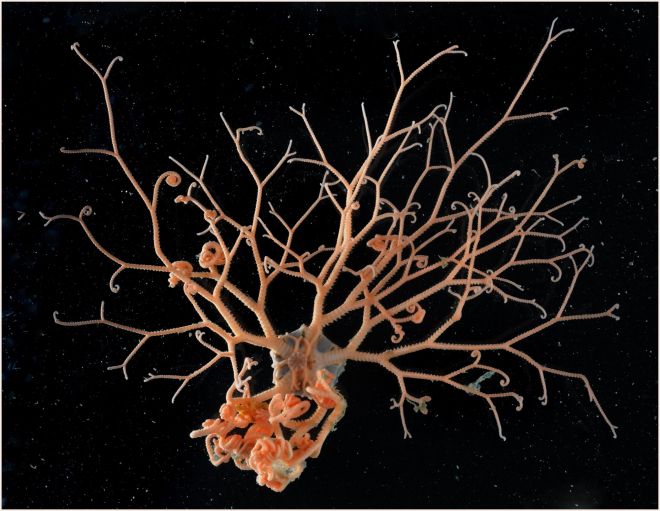 Life can be found nearly everywhere on Earth. The seafloor, or the dark biosphere is home to microorganisms, including a recent discovery of arsenic-eating bacteria. A new study published in the journal Science confirms that microbial communities thrive in the buried oceanic crust, eating altered minerals for food.

“They’re gaining energy from chemical reactions from water with rock,” said Mark Lever, a microbiologist at Aarhus University in Denmark and lead author of the study.

“I think it’s quite likely there is similar life on other planets,” Lever said. “On Mars, even though we don’t have oxygen, we have rocks there that are iron-rich. It’s feasible that similar reactions could be occurring on other planets and perhaps in the deep subsurface of these planets.”

“These results are incredibly important for our understanding of the deep biosphere in hard rock environments,” Edwards added. “The oceanic crust is the most ubiquitous ecosystem on our planet. Most of the microbial ecosystems on our planet exist in the dark. We’re so biased to light because that’s where we live, but in fact, most of the biosphere exists in the dark,” she told OurAmazingPlanet.

Researchers hope to determine how the deep bacteria changes the global carbon cycle and oceans.

“These are ancient organisms,” Lever said. “They’ve been around for a very long time and spread all over the world.”