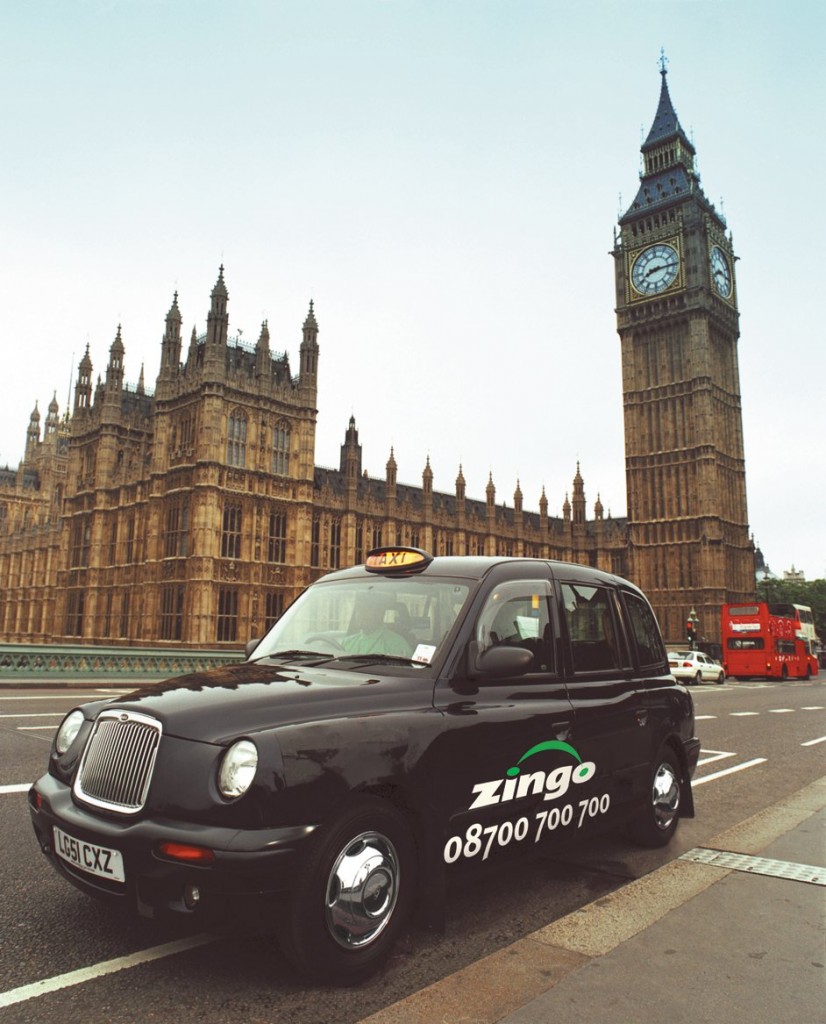 London taxis have been voted the best taxis in the world for the sixth year in a row, according to the annual global taxi survey from Hotels.com. London secured 22 percent of the votes, a clear winner followed by New York City with 10 percent and Tokyo with 9 percent in second and third place, respectively.

London’s iconic black cabs won nearly a quarter of the vote in the survey*, which also saw Berlin reclaim its position in the top five list, in fourth place with 5 percent and Madrid, Mexico City and Amsterdam tied fifth with 4 percent.

Of the 30 countries surveyed, London topped the list across five of the seven categories, including cleanliness (23 percent), knowledge of the area (27 percent) and quality of driving (30 percent). While London cabs were also voted top for friendliness (23 percent) it was this category that was deemed the least important to travelers, meaning London’s friendly cabbies could put off some passengers. Safety proved to be the number one priority for travelers, and London also topped the list for safest drivers with almost a quarter of the votes.

New York City and Bangkok taxis tied in terms of value for money (20 percent); interestingly the latter didn’t quite make the overall top five this year. New York’s recognizable yellow taxis grabbed the top spot when it came to availability (23 percent), and will likely maintain this ranking in the coming years due to the introduction of thousands of new green-colored taxis for more widespread access to New York City’s boroughs.
The global Hotels.com taxi survey also revealed the world’s more obscure objects that travelers have admitted to leaving behind, which included:

A wig and a bird in a cage left behind in a U.S. cab
A prosthetic leg and an ex-boyfriend in Australia
A trombone in Finland
A Rubik’s cube in Italy
Dentures in Germany.

Globally the survey found that people tended to text or email while in a cab
(19 percent), while sleeping was the second most popular activity (15 percent),
followed by eating (10 percent) and kissing (9 percent).

When asked which nation was the most amorous in the back of a cab, Brits took the lead with 14 percent admitting to displaying passionate behavior: 10 percent higher than the global average of 4 percent. According to U.S. respondents, only 8 percent have displayed amorous behavior in a cab but 31 percent have admitted to kissing while transporting from place to place.

The majority of travelers (53 percent) would choose a taxi as the desired mode of transportation from airport to hotel.

Most taxi passengers round up to the nearest whole dollar when tipping (38 percent) or tip 10 percent (27 percent) of the fare for their journey.
The most important feature in a taxi is WiFi (14 percent) beating both the radio and music.

The biggest pet peeve for UK travelers is when taxi drivers take a longer route to the destination.

Alison Couper, Senior Director of Communications of the Hotels.com brand said, “Six years running and London cabs are still leading the pack when it comes to travel – it’s great to see! Our iconic black Hackney Carriages and their well informed cabbies can pride themselves on being globally recognized for their expert knowledge and quality of driving, maybe next year we can top the list for all categories!” 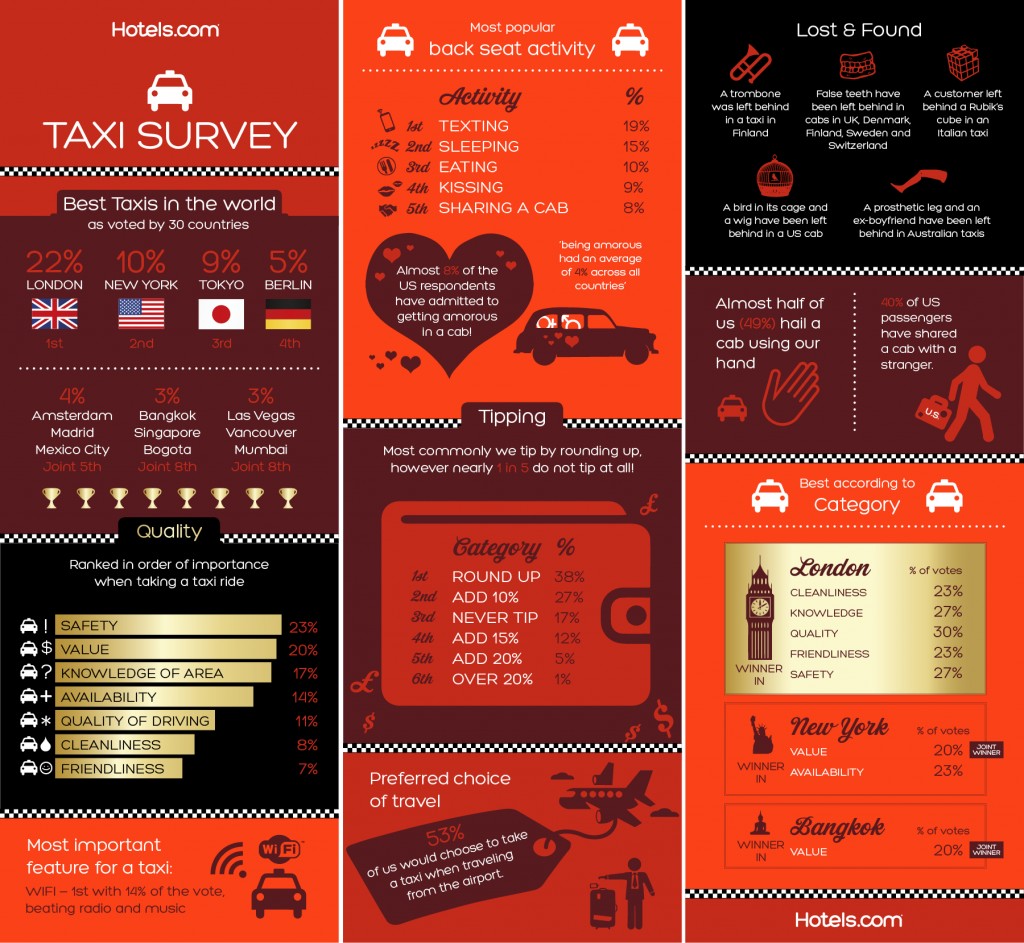