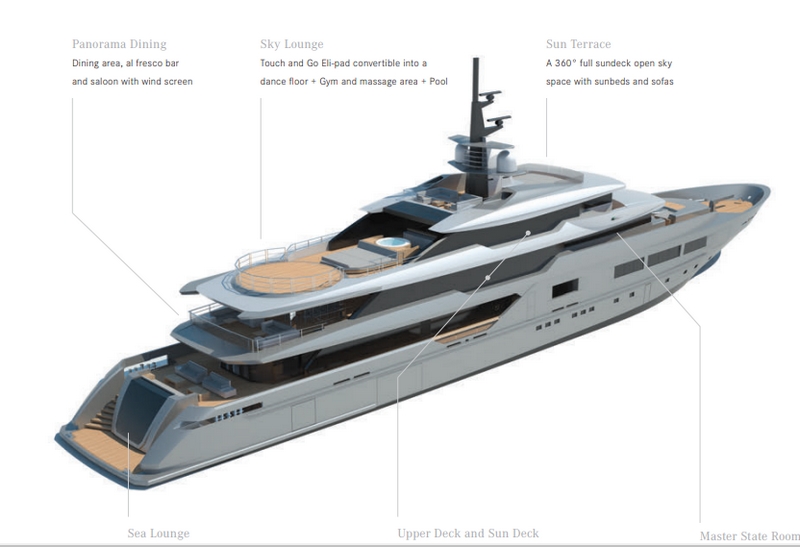 The new S701 M/Y Solo by Tankoa Yachts, a 72m motor yacht designed by Francesco Paszkowski and with naval architecture by Studio Ruggiero will make her international debut at the 2018 Monaco Yacht Show from 26-29 September. The yacht is due to launch at the end of July.

Other key differences include underwater exhausts allowing for a substantial gain of volume on all decks and a larger winter garden; larger aft deck with 6-meter transversal pool, glass bulwarks sections for unobstructed sea views; and a wide body upper deck allowing for an oversized panoramic salon.

The longer waterline also provides for a higher top speed in excess of 17 knots. 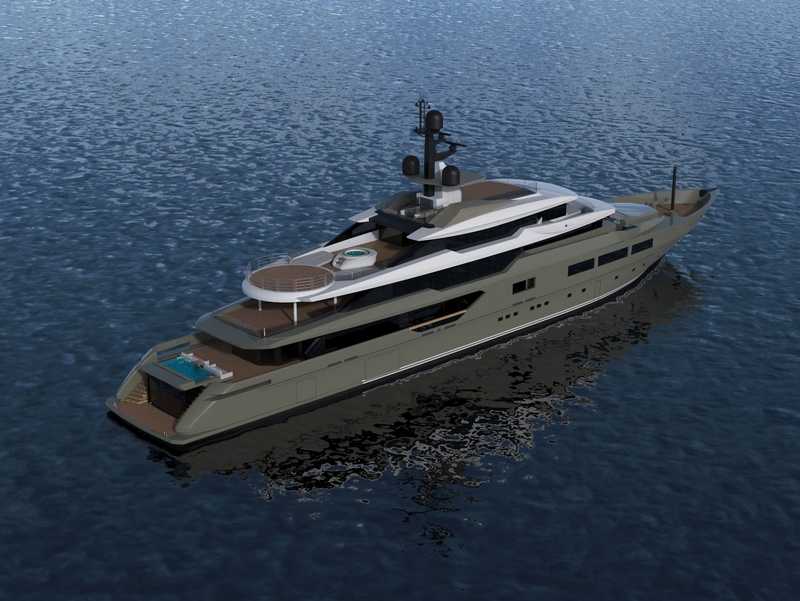 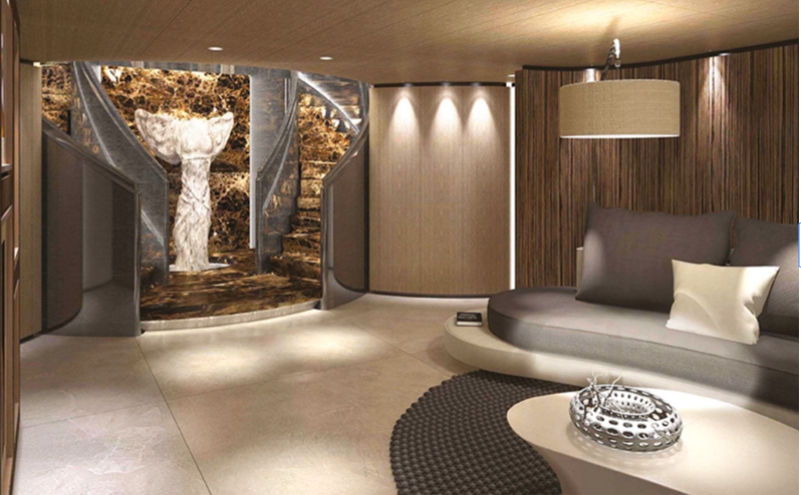 ” The large life areas are extended from inside to outside in order for you to live an experience with no boundaries. Tankoa S701 is the best choice if you wish large environments onboard and the freedom to customize each detail of a true cruising mansion,” says Tankoa Yachts shipyard.

“Accommodation on board S701 is for 12 guests split across six cabins, including an owner’s deck, a VIP suite, two doubles and two twin rooms. Meanwhile, the crew quarters allows for a staff of up to 18 people,” commented boatinternational.com

“Just like its predecessor, S701’s propulsion will come from a pair of 2,480hp Caterpillar 3516B diesel engines. S701 boasts an extra 200GT of interior space and her 162,000 litre fuel capacity will result in an estimated range in excess of 6,000 nautical miles when cruising at 12.5 knots,” added boatinternational.com

Almost 120 mq with a 180° panoramic sea view enriching this luxurious space with a private studio, jacuzzi and terrace with sun beds to maximize wellness on board. 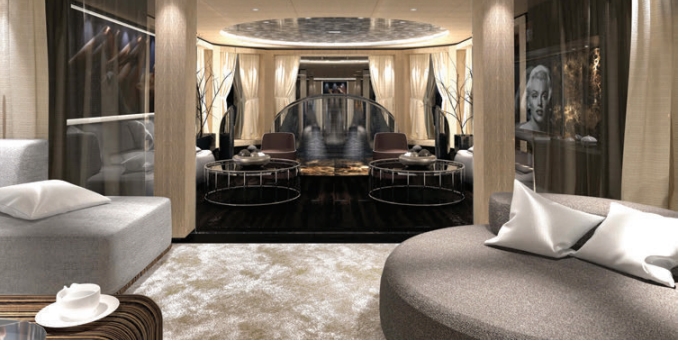 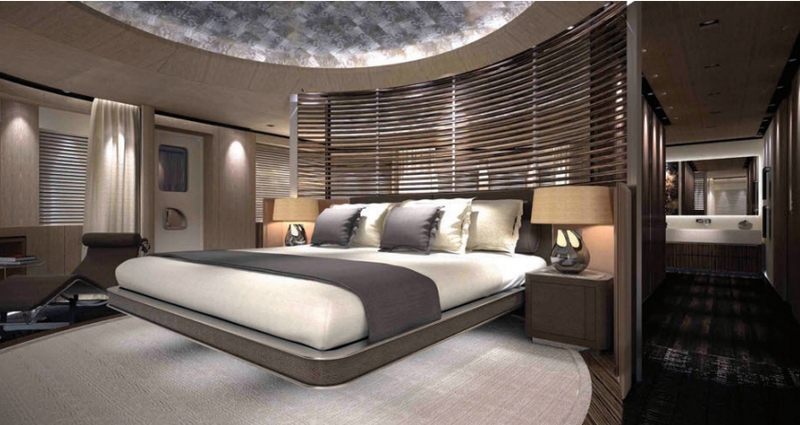 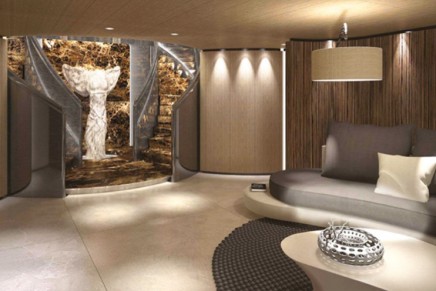 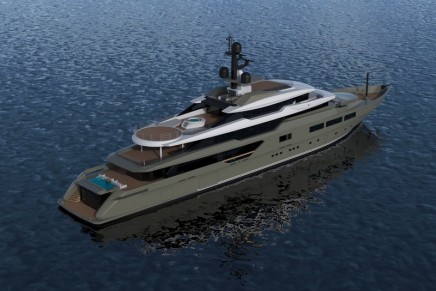 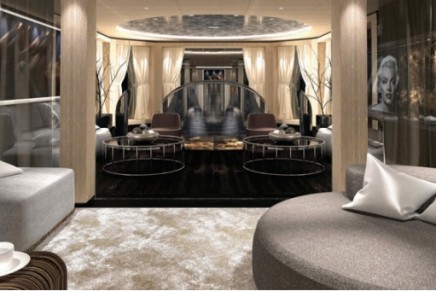 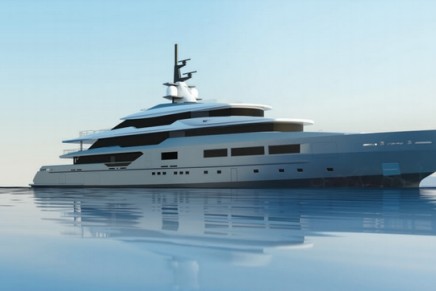 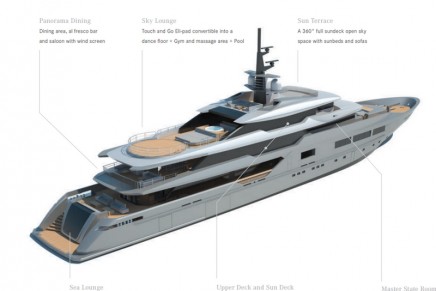 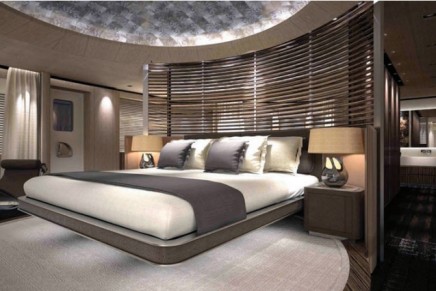