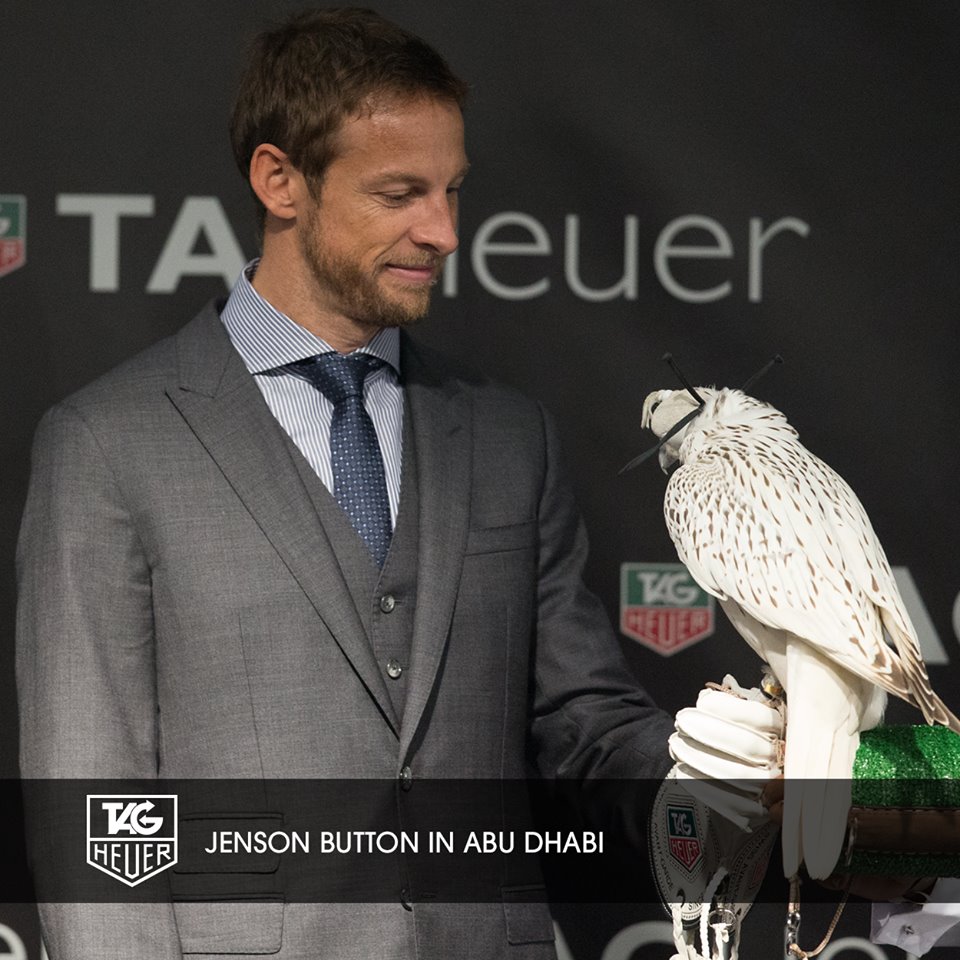 TAG Heuer, the Swiss avant-garde watchmaker, known worldwide for its high precision watches and chronographs, celebrated the last race of the Grand Prix season in Abu Dhabi in style when Mclaren Mercedes Formula One superstar and TAG Heuer brand ambassador Jenson Button showcased a show with two Gyrfalcons from Abu Dhabi Falconers’ Club. The celebration also witnessed the star driver launch the brand’s latest innovative timepieces. The truly Motor-Racing inspired piece, full-black titanium with some appealing red touches, has been unveiled by the falcons themselves.

The exclusive event had Formula 1 champion Jenson Button display his falconry skills while he presented the two Gyrfalcons from the exclusive Abu Dhabi Falconers’ Club in a flamboyant style. The super white Gyrfalcons are considered to be the pinnacle of their breed. With almost 1 meter of wingspan extending from side to side and covered with an astonishing white wash, the Abu Dhabi Falconers’ Club Gyrfalcons are nothing less but a vision of magnificence.

TAG Heuer’s new Formula 1 watch is ultimate racing look for the ultimate racing chronograph. The excitingly re-sculpted case is an impressive 44mm, and houses the powerful Calibre 16 movement. The finish of the redesigned tachymeter bezel, made of fine-brushed, polished, and sandblasted steel, aims to represent “racing technology in motion.” 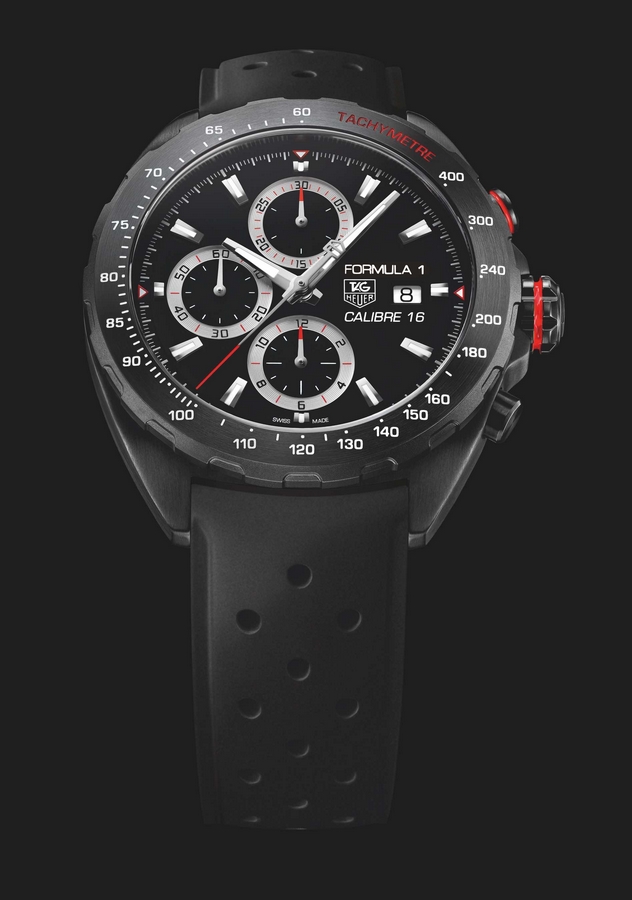 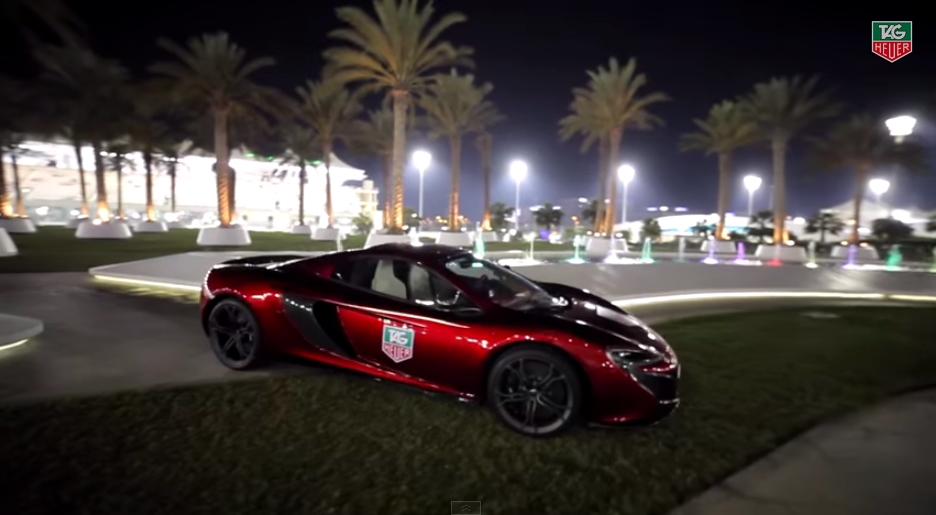 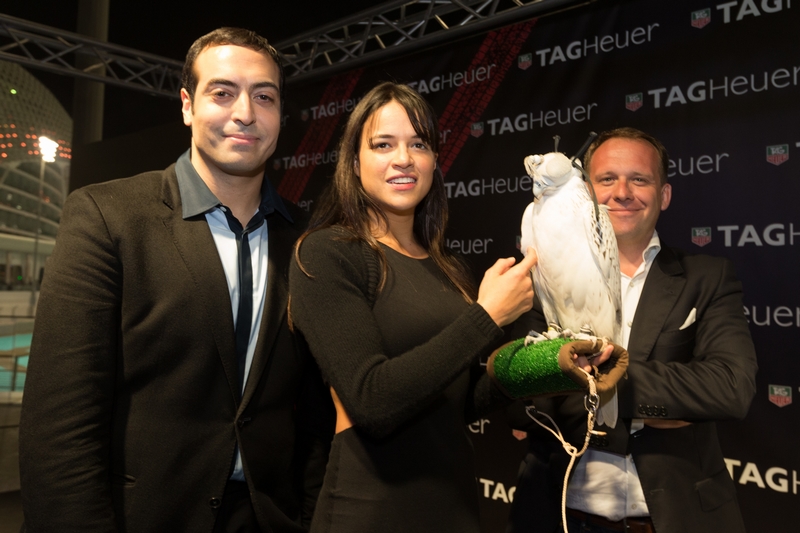 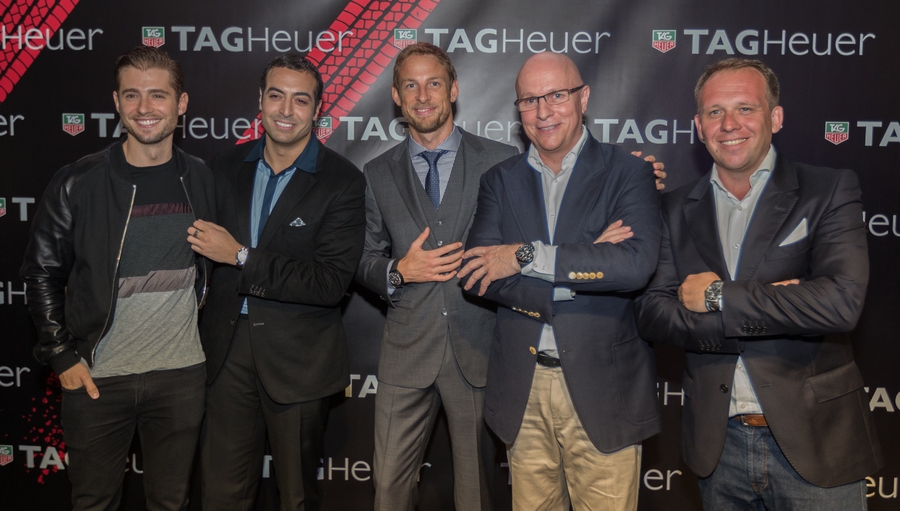