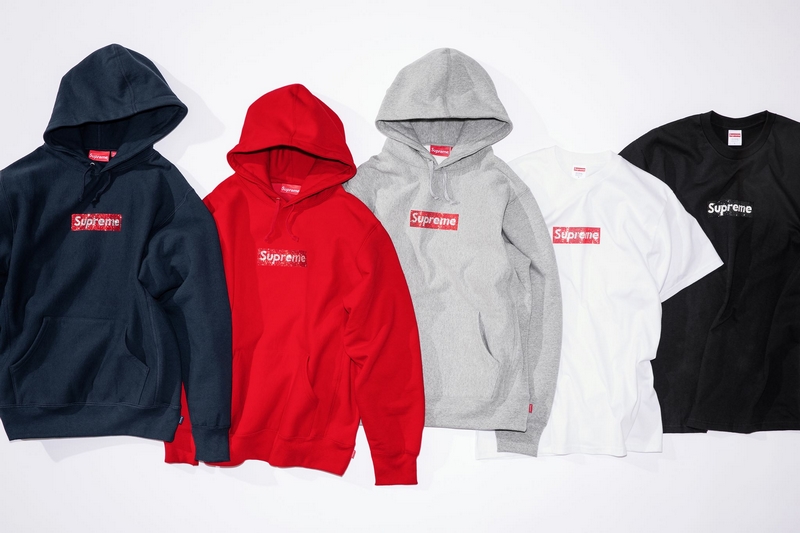 This article titled “Supreme gear resells for hundreds of dollars. So why are people burning it?” was written by André Wheeler, for theguardian.com on Sunday 2nd February 2020 11.00 UTC

For some of Supreme’s most die-hard fans, the highly coveted garments exist solely in their closets.

Supreme’s box-logo tees, the Birkin bags of skatewear, are treated with the sort of care and attention typically given to a wedding dress – vacuum sealed and tucked away for safekeeping. The protective impulse makes sense: Supreme’s hyped and limited collaborations often get flipped for 10 times their selling price, creating serious profit for resellers and casual fans alike.

So why are Supreme fans filming themselves burning or destroying their tees with scissors and hot irons and posting the clips to YouTube and Instagram? This bizarre brand of content is self-consciously silly and plays like a 2020 update of MTV’s slapstick prank show Jackass. But are these savage, costly destructions an anti-capitalist statement, Gen-Z nihilism or simply a shameless play for clicks?

“Any video with ‘Supreme’ in the title will get traffic,” says Gianmarco Garofalo, who recorded a video where he and his friends destroyed a Supreme x Louis Vuitton box-logo tee, worth over $1,000 in resell markets. “Destroying something that is worth so much, I think people find entertainment in that. They watch the videos because they can’t do it.”

In one video, Tristan Wick, a 17-year-old from South Carolina, takes a sharpie to his Supreme x Damien Hirst tee (worth over $400 on resale markets) and scribbles “Nothing Matters” in skinny, large letters. In another, Eric Whiteback, known as “the Supreme Guy”, tie-dyes a rare camo-print tee, creating a one-of-a-kind design for himself. Whiteback has over 400,000 followers on Instagram (where he primarily posts his videos) and Wick has over 25,000 YouTube subscribers.

Whiteback says he customizes and destroys his high-valued tees to remind people that, at the end of the day, they’re just clothes. “Too many people view their Supreme items as sacred – never taking off the tags and leaving the items in their closets for years,” he tells the Guardian. “I want to break that mold and do something fun, creative, and shocking.”

Whiteback’s original creations are largely credited for feeding the ever-growing customizations trend in streetwear. However, Supreme-heads are divided over these DIY-designs, popularized by Whiteback, the YouTuber Marko Terzo, and others. Some call the alterations destruction, others view them as art.

“A lot of people shame Whiteback for what he does,” Garofalo says, citing him as a major inspiration for his own videos. “It triggers people.”

These creators can stand to lose a Supreme tee every now and then. Whiteback says he rakes in five figures each month through his social media activity. He also spends close to $20,000 on new Supreme products every month. “I know that sounds like a lot, but I don’t personally keep most of the product,” he admits. “It’s sort of a revolving door for me: I buy product, I shoot content with it, I sell it. If I kept everything I bought, the walls of my apartment would be closing in on me.”

“What really sparked the idea for me with these videos is the ‘shock factor’ they produce,” says Wick, who films his videos after school. “I had never seen anybody on YouTube make videos destroying valuable pieces of streetwear. So I thought I would be the first to do that.”