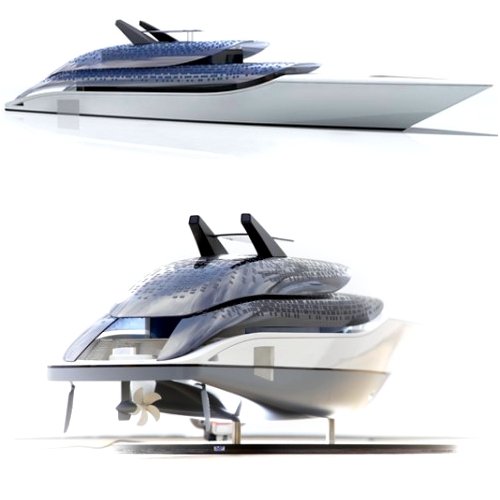 This information has surfaced in an article by Walter Isaacson on the new biography of the Apple’s mogul. Steve Jobs boat design had to be minimalist, with transparent walls of about 15.2 meters long, and construction completed at the Feadship shipyard in  the Netherlands. This iPad of the yacht industry should be a floating showcase of the Apple’s technology and philosophy.

Feadship is a building that says that you the customers discretion and identity, refusing to comment in any way news. Such as boat show Steve Jobs? A good indicator is the Feadship Breathe concept , revealed to the public at the latest Monaco Boat Show (September 21 to 24, 2011). Inspired by biomimicry, the yacht accurately mimic natural forms and is one of the most advanced and most beautiful existing projects.
[adsenseyu1]