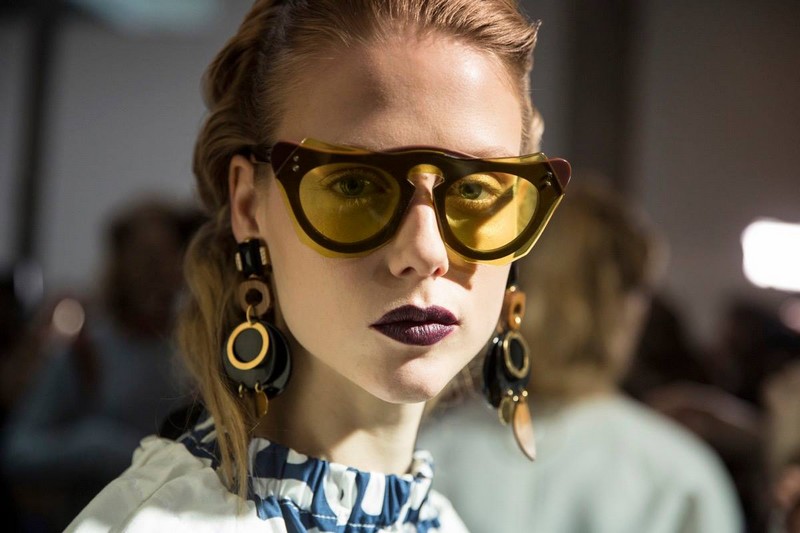 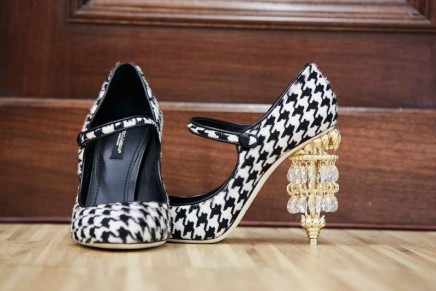 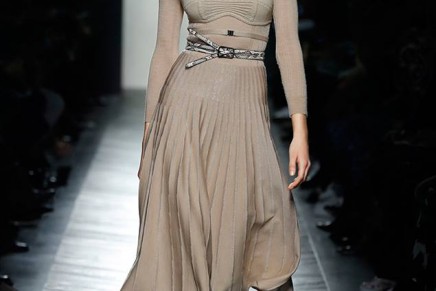 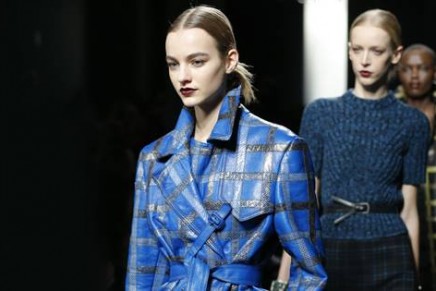 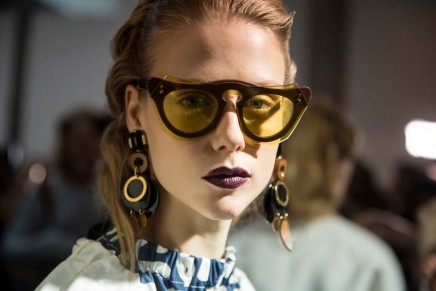 Anni Albers was the master of the stripe at the Bauhaus, and her tapestries of disparate, busy designs might have inspired the collections of Fendi, Marni and Max Mara. Clashing stripes are a neat trick – one that worked for wall hangings in the 1920s as well as it does on a cardie nearly 100 years later.

Sometimes a trend makes its way from the front row to the catwalk. This is the case with the hair tuck, practised by fashion editors who also brought you such style memes as shoulder robing and frayed jeans. On the catwalk at Missoni and Marni, think of it as a See Now, Do Now trend. Or side-swipe the catwalk completely and go for the next frow trend: sweeping your hair to one side for Drama.

At Armani on Monday, the show notes declared that velvet was the “protagonist”, no less, of the collection. There was certainly a lot of it, and other designers in Milan were into it, too. See a velvet trouser suit at Bottega Veneta, devoré at Marni and flowered at Prada. Whether it’s the protagonist of your wardrobe next season, or just a supporting character, it’s definitely part of the cast.

The kind of item usually reserved for PE teachers in the 80s, the ski pant – with its stirrup under the foot – had an unlikely turn on the Milan catwalk, at both Versace and Marni. Make sure to wear yours with heels, where the stirrup can be fully seen. Add a crop top à la Versace for the full 80s I-do-aerobics look.

World Book Day is on Thursday, and dressing as your favourite fictional character is no longer just for children. There was a whole lot of make-believe in the air in Milan. Gucci had a bit of Penelope Pitstop and some Snow White, while Dolce & Gabbana’s collection was inspired by princesses including Cinderella and Aurora from Sleeping Beauty. Rummaging in the dressing-up box is now for grown-ups, too.

We’ve had co-ords in fashion for a while – pyjamas, matching skirts and tops. The newest take is to make both pieces knitted, as seen at Bottega Veneta, Jil Sander and Dolce & Gabbana. The effect has something of the 60s about it – Jean Shrimpton photographed by David Bailey. At Jil Sander, adding metallic brought the idea up to date.

Last season was all about the slipdress. This time, the underwear-as-outerwear thing has moved on to corsets. These, like those slipdresses, aren’t to be worn in a come-hither manner. Instead, they were over dresses at Prada, and a bit old-fashioned when in wool at Bottega Veneta. Interesting is the new sexy.

While these are the autumn/winter shows, a whole season can go by hosiery-free. Not this time. Models on the Prada catwalk wore thick herringbone tights. This, to Prada nerds, harked back to the 90s, and the brand’s geek-chic collection. Gucci’s coloured tights were more 70s Twiggy, but equally successful.