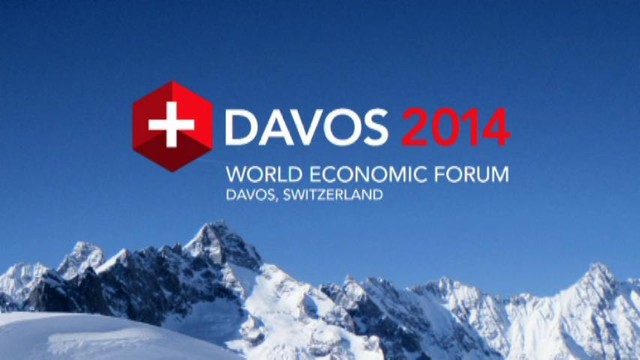 There is a well known management team building exercise, which is to create a circle of appreciation.

We all tend to beat ourselves up and feel we are not doing enough, so it feeds the spirit to get some positive feedback as well as giving us the courage, commitment and enthusiasm to take the next step.

Our basic psychological desire is to be seen and appreciated, but we often do not get that from within the organisations we work, and those who run organisations often feel very lonely at the top. As I leave Davos, I wanted to create a virtual circle and recognise a few of the people at the World Economic Forum who are seeking to drive the sustainability agenda.

The list is by no means exhaustive and does not in any way suggest these people are perfect; they are not and each will have his or her critics. It also does not imply that the organisations they work for cannot be doing a lot more to address the multitude of social and environmental challenges we face.

But it is also important to recognise the truth that each one of us is constrained by the complexity and culture of the organisations we are part of, whether we are royalty, CEOs, heads of UN agencies or running international NGOs.

What is most important to remember is that our core strength comes from who we are, first of all, and coming back to this place helps us to be more effective in what we do.

Each of the people listed below, in their own unique way, demonstrate this. So here goes:

For her determination and for dropping her diplomatic shield and showing her iron fist when necessary, such as throwing a very effective right hook into the belly of the coal industry in Warsaw.

For having a heart as big as a mountain, the courage of a lion, the tenacity of a British terrier dog, and being prepared to risk the wrath of his own colleagues and supporters if he genuinely sees a way of working with mainstream corporates to drive change

Rachel Kyte, head of climate change at the World Bank

For her quiet strength, and intellectual rigour. Also for saying things as they are, such as pointing out how the elitism at Davos excludes women, and for being able to back up what she says on global finance with a deep knowledge of the markets.

For his generosity of spirit, warmth and openness, which engenders a deep sense of trust that makes the WRI the great convening power that it has become.

For his intense energy and fierce commitment, his focus on the world’s poor, as well as his ability to integrate the many aspects of sustainability, from climate change and deforestation to nutrition and agriculture, and therefore having a truly holistic worldview.

For recognising that a radical change of mindset is essential if we are to have any hope of driving systemic change and for his great sense of humour, referring to his Davos panel on the circular economy, which included McKinsey boss Dominic Barton and Cisco Systems’ Chris Dedicoat, as “perhaps the ugliest boy band ever to take to the stage”.

For his openness and honesty about the challenges we face and not falling into the trap of pretending we are further down the road than we really are, as demonstrated by his Davos diary for Guardian Sustainable Business.

Georg Kell, the head of the United Nations Global Compact

For his tireless energy, his generosity with others, his refusal to fall into the black hole of pessimism and for bringing a rich philosophical approach to the problems of the world.

For shaking up the World Business Council for Sustainable Development, telling members to shape up or ship out, and being instrumental in creating broad collaborations, rather than trying to “own” initiatives.

Michael Braungart, the German chemist who co-created the concept of Cradle to Cradle

For his child-like excitement, his lack of ego, for spotting a dynamic new approach to the structure of the economy nearly 30 years before anyone else, and for giving it scientific rigor.

Crown prince Haakon and princess Mette-Marit of of Norway

For not staying aloof but getting stuck into the debate on sustainability and recognising and acting on the need to encourage young people to be more active in driving change on climate.

For sticking with a focus on sustainability even when he is under intense pressure from the markets to focus only on its financial performance, and for seeking to leverage his company’s influence to drive change in the company’s supply chain as well as amongst other corporates.

For integrating strength with vulnerability, which includes talking about issues in a way that goes well beyond what her PR advisers would want. Also for seeking to follow Unilever’s example by pushing for an integration of the company’s marketing function with sustainability, in order that the company starts confronting the duality of trying to do good one day and creating harm the next.

Al Gore, the former US vice-president

For being a lightning rod for the global movement to address climate change and, at Davos, for not following the normal protocol of making a speech and immediately disappearing, but getting stuck into all the climate discussions and roundtables.

• This piece was amended on 5 February to reflect that Michael Braungart was a co-creator of Cradle to Cradle and not the sole creator.