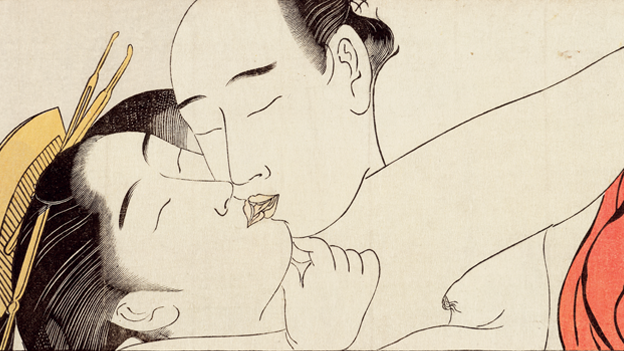 They appealed to all classes in Japan for almost 300 years, and to men and women alike. Frequently tender and humorous, they celebrate sexual pleasure in all its forms in brilliantly coloured paintings and prints, culminating with beautiful and explicit works by iconic artists Utamaro, Hokusai and Kunisada.