Over 15% of the world’s shark species are classified as ‘threatened’ by the IUCN (International Union for Conservation of Nature) and it is estimated that around 100 million sharks are killed by humans each year. Six million of these are killed every year for squalene, a compound derived from the oil in shark livers, used as an emollient in many cosmetic products.

‘Shark Parks’ are important areas of the ocean dedicated to the conservation of sharks. This new initiative uses the amazing diversity and charismatic nature of sharks to advance ocean conservation, supporting the global need for more marine protected areas (MPAs).

“The unrestricted killing of sharks poses a profound threat to the balance of global marine life. Retailers, shoppers and the beauty industry have everything to gain from increasing their own awareness of the issues and working together to foster change,” says Creative Director and co-founder of Project Ocean Alannah Weston. “Some people call this Corporate Social Responsibility, we call it doing the right thing.”

The long term aim is to create ‘Shark Parks’ around the world, beginning with the waters off the coast of Cornwall in the UK. This area is highlighted as a special place for sharks, home to species such as the thresher, porbeagle and iconic basking shark. With Selfridges’ Project Ocean support, ZSL and the Shark Trust unveiled plans to promote this area as the UK’s first ‘Shark Park,’ with a focus on public engagement and scientific research. ZSL will lead the ‘Shark Park’ project internationally, working with partners in areas such as the Galapagos, Mozambique, Sudan and the Canary Islands, for the benefit of sharks and other marine wildlife.

Selfridges has completed an audit of its beauty halls and health concession, ensuring all products are free from shark oil and shark by-products. 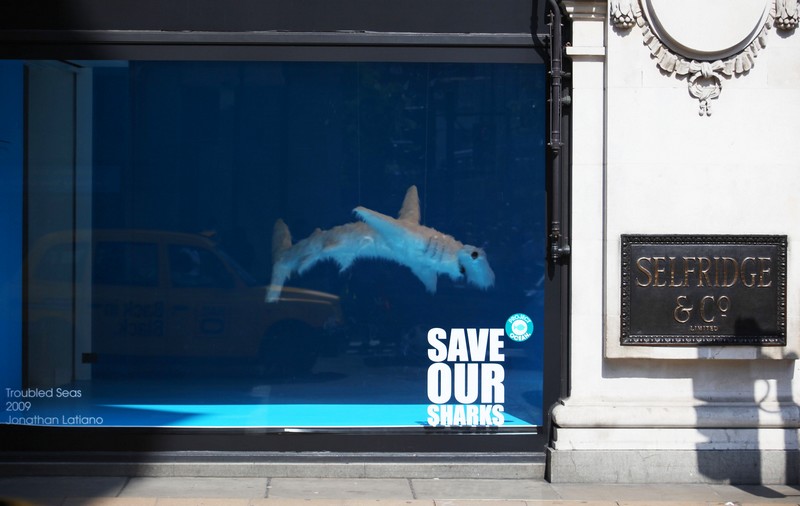