A new luxurious watch with amazing arachnid-like abilities: In collaboration with MARVEL, a wholly-owned subsidiary of The Walt Disney Company, the RJ x Spider-Man timepiece pays tribute to a pop icon with an ever-growing fandom. 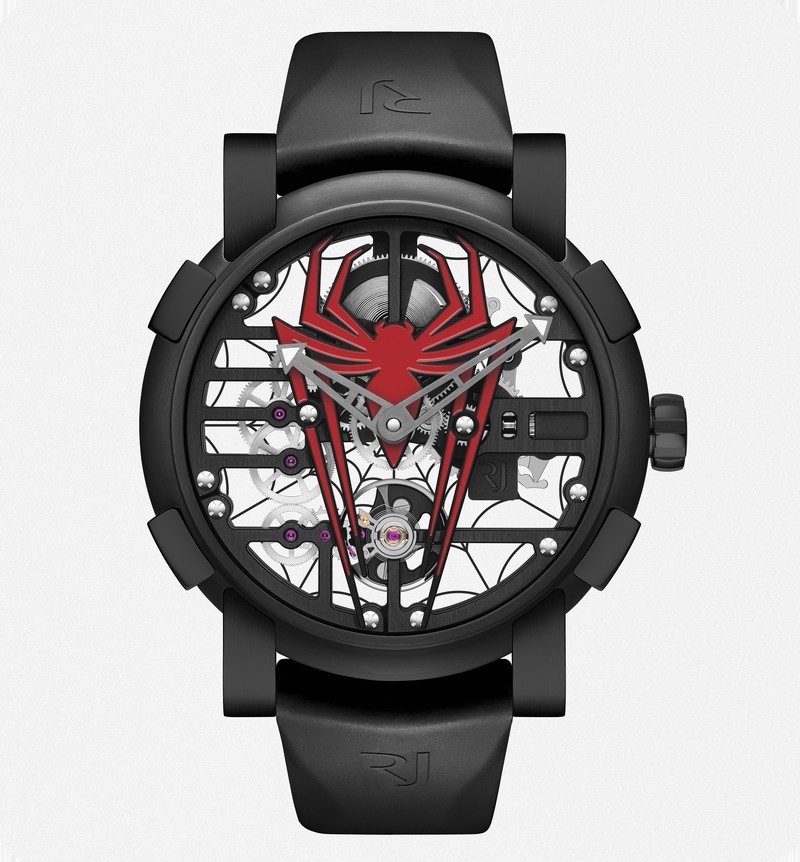 Born at the dawn of the 3rd millennium, RJ Romain Jerome creates the watches of the new horological era. The magic of the Moon, the power of lava, underwater mysteries and creative collaborations are the poetic driving forces behind this artistic explosion. From the ocean depths to theimmensity of space, from incandescent lava to age-old minerals and metals, the RJ-Romain Jerome collections are far more than just astonishing watches: they define a new era in watchmaking.

RJ-Romain Jerome has once again joined forces with one of the biggest entertainment companies in the world to release a unique collection dedicated to the most agile Super Hero.Spider-Man has widely spread into pop culture from its first appearance in the early sixties in a comic book to today. The Super Hero is thus evoked through a timeless spider logo taking center stage on the new RJ- Romain Jerome x Spider Man horological tribute presented at the SIHH 2018. 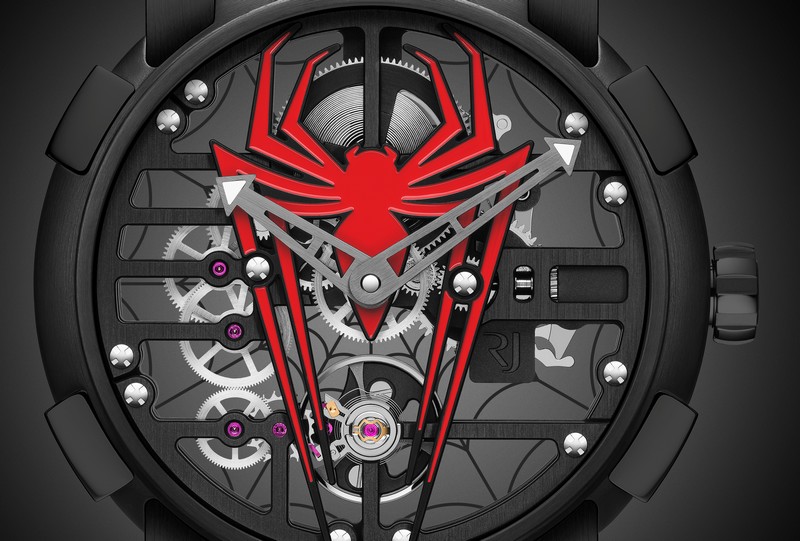 The all black 48mm case offers a fascinating image of the straight lines skeleton movement (Black chrome skeleton) designed by RJ and the Spider-Man’s web metallized on the sapphire crystal glass. The balance wheel is visible on the dial side. The dial is sandblasted black chrome-finished Spider-Man logo functional applique, hand-filled with red lacquer and held by two screws.

The intricacy of the model also resides in the different perspectives on the dial and the elements that intertwine – the central spider-shaped applique, the transparency of the skeleton as well as the web metallized on the sapphire crystal. Black chrome skeleton

The 75-piece limited edition (price: CHF 18’950.- / EUR 20’950.- / USD 19’500.) is presented in RJ’s elegant Skylab case which follows the rule of a classic round-shaped case with 4 lugs. Enhanced with the 4 paws characteristic of the brand, the all black 48mm case reveals a skeleton movement offering endless transparency. This modern 3-layer movement featuring straight bridges and chamfered angles is designed by RJ. 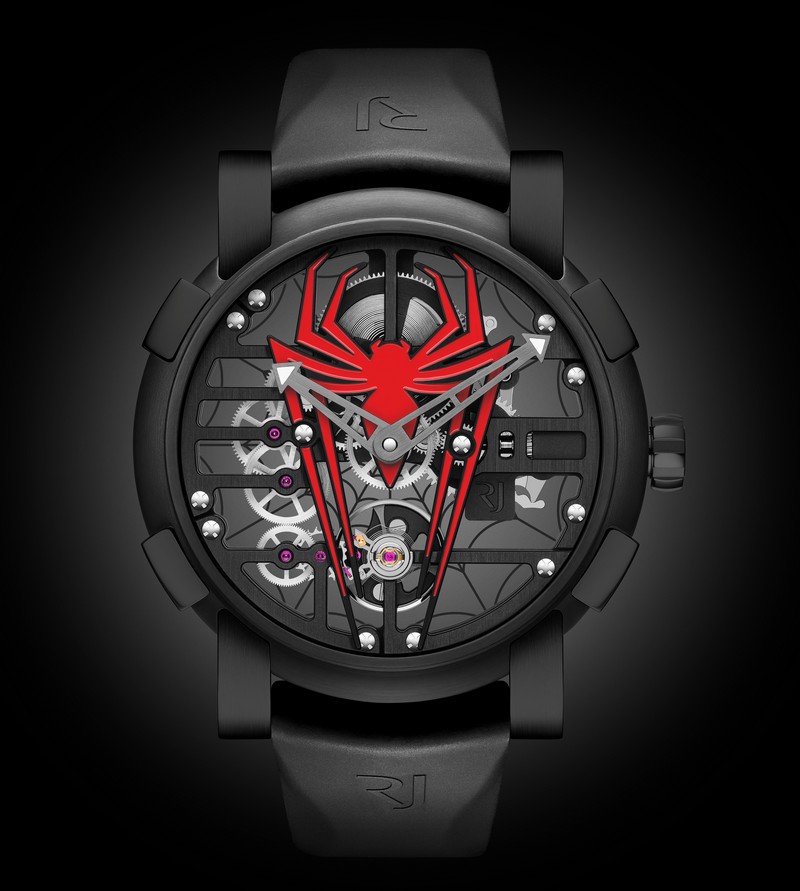 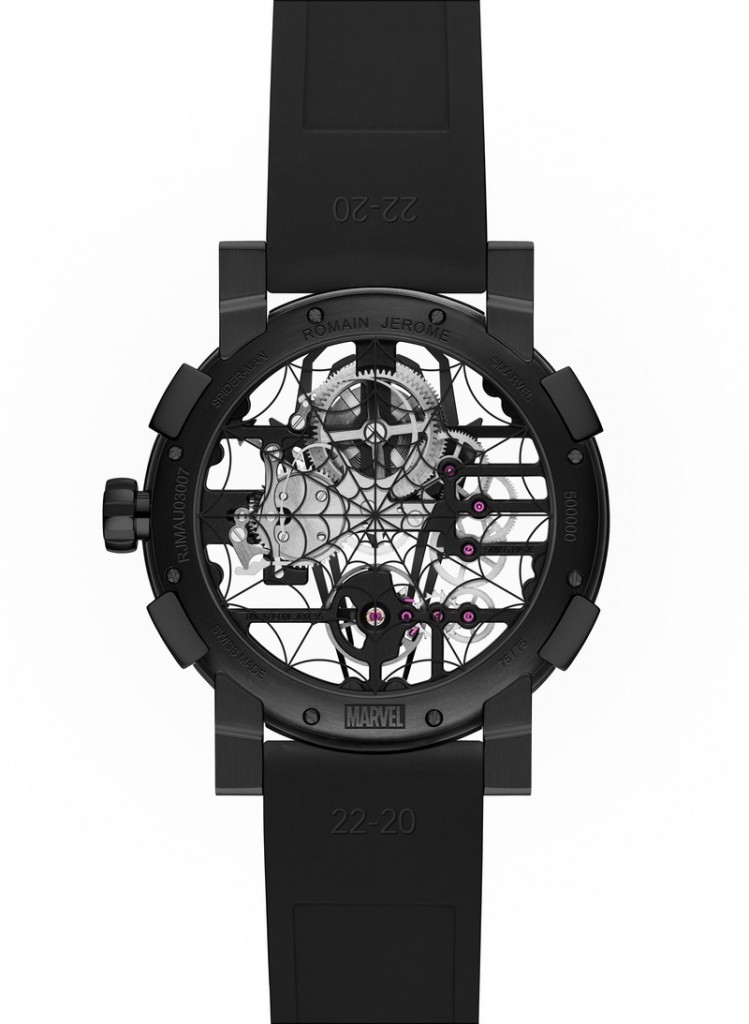 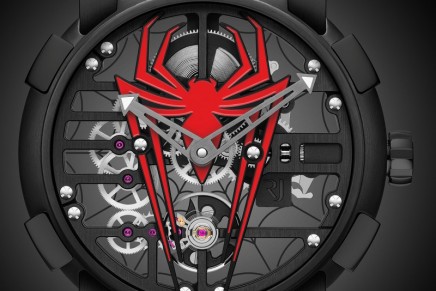 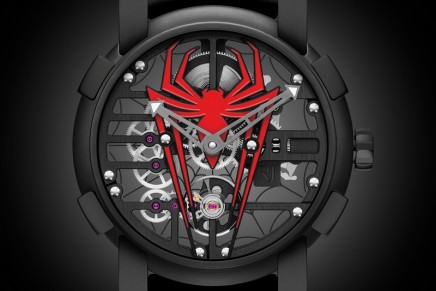 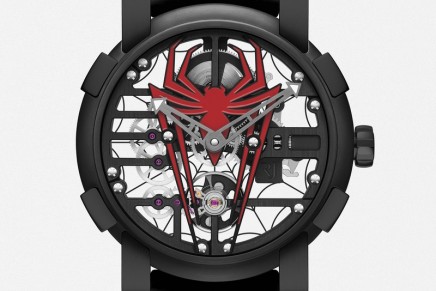 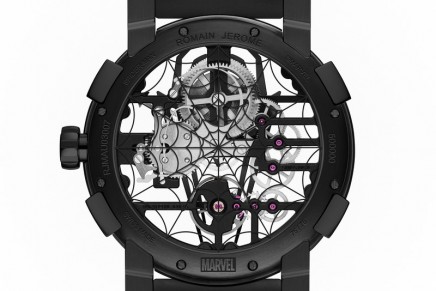