The Lamborghini Huracán RWD donated to His Holiness Pope Francis was sold for the astonishing figure of €715,000 at the classic car auction company RM Sotheby auction held on May 12 at the Grimaldi Forum in Monaco, coinciding with the Historic Grand Prix.

The proceeds from the sale will be directly handed over to the Holy Father, who has decided to set it aside for four charity entities: the Pontifical Foundation “Aiuto alla Chiesa che Soffre” (Aid to the Church in Need) to rebuild the Nineveh Plain in Iraq in order to guarantee the Christians’ return thanks to the rebuilding of housing, public structures and places of worship; the Pope John XXIII Community, which devotes itself to women victims of trade and prostitution on the tenth anniversary of the death of Don Oreste Benzi and on the 50th anniversary of the Community’s foundation, “Progetto Casa Papa Francesco” (Pope Francis House Project); two Italian associations that carry out activities above all in Africa, GICAM headed by Dr. Marco Lanzetta (hand surgeon) and “Amici per il Centrafrica” (Friends of Central Africa), which has been working with projects primarily dedicated to women and children for years. 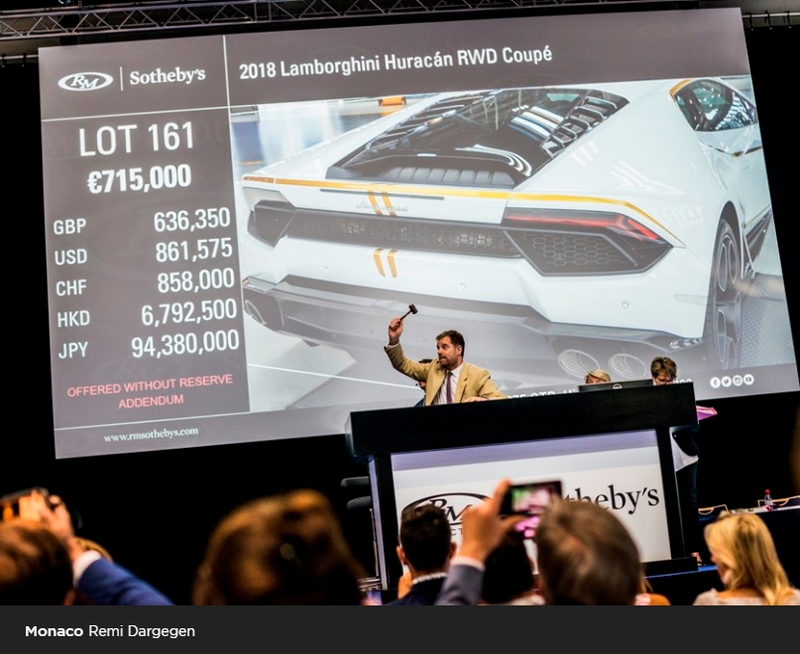 The Huracán RWD was personally autographed by Pope Francis during the presentation ceremony at the Vatican City on November 27, 2017 in the presence of Stefano Domenicali, Chairman & Chief Executive Officer of Automobili Lamborghini, a delegation of the company’s Management Board and two workers who contributed to the car’s construction.

Built by the Lamborghini “Ad Personam” customization department, this unique and special model is painted Bianco Monocerus (white) with Giallo Tiberino (yellow) stripes running along the body in homage to the colors of the Vatican City flag. 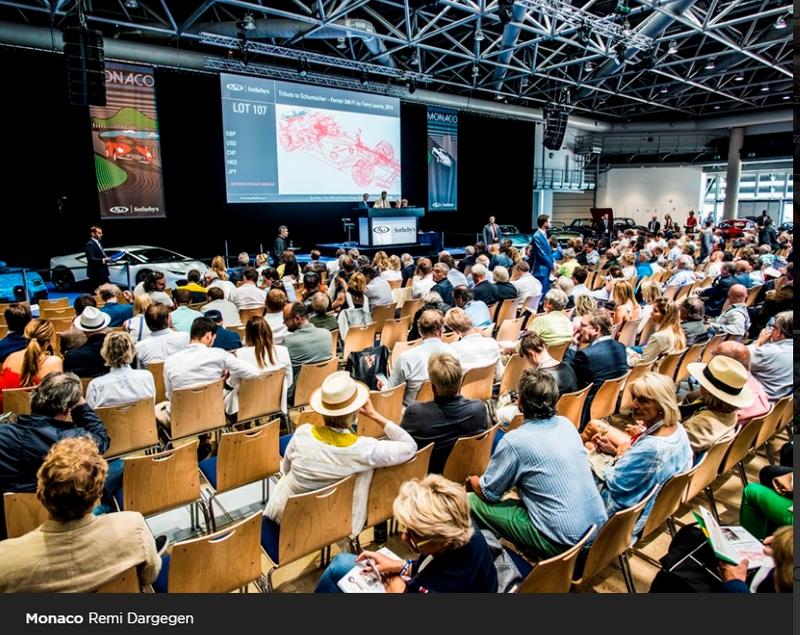 Without a doubt, the Bugatti Veyron has secured its place in history as a modern automotive icon, which was reinforced by the fact that the example offered in Monaco, a 2015 Bugatti Veyron 16.4 Grand Sport Vitesse, was the night’s second most valuable car, bringing €1,720,625 (Estimate: €1,200,000–€1,500,000). Featuring numerous unique Transformers-themed modifications, the light blue example with contrasting blue carbon fiber is the ultimate incarnation of the supercar and was “as new,” having only covered 840 kilometers.

Augustin Sabatié-Garat, Auction Manager, RM Sotheby’s Europe, said following the sale: “Once again, we have enjoyed a strong sale in Monaco. We offered some fine cars, and it was a particular privilege to sell the Lamborghini Huracán for such an incredible charitable cause. We saw strong individual prices achieved across the board, and it is clear the market is still robust enough for world-record results to be achieved.” 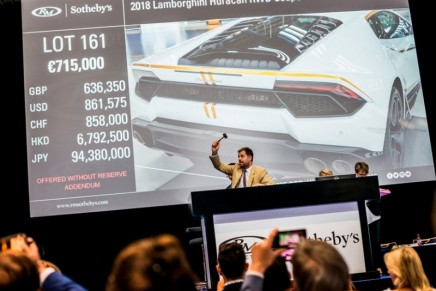 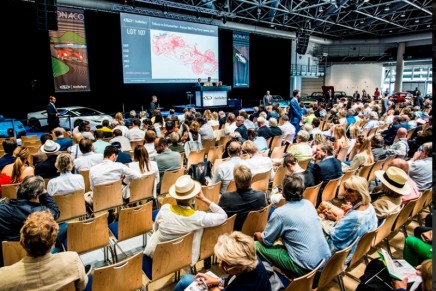