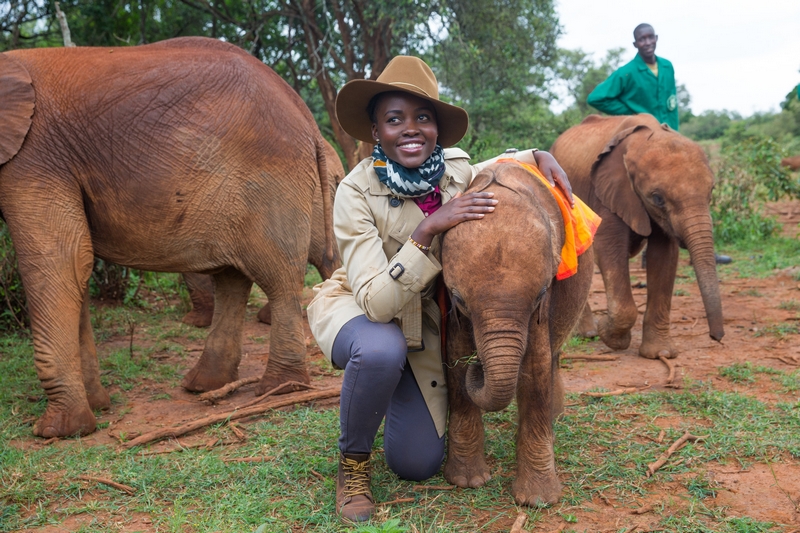 WildAid, the global conservation organization leading the fight to end the illegal wildlife trade, announced today it will honor Academy Award-winning actress, Lupita Nyong’o, as this year’s Wildlife Champion at its annual fundraising gala on November 9 at the Beverly Wilshire, A Four Seasons Hotel.

Nyong’o has been a prominent advocate for elephant conservation, traveling to Kenya with WildAid in 2015 to publicize the threat of poaching and most recently partnering with WildAid on Discovery’s best-rated series, Serengeti, which follows the lives of Tanzania’s majestic animals.

“Elephants are part of my heritage and a personal love for me,” Nyong’o said. “They play an important part of African economies through tourism and it’s unthinkable that we could let them become extinct just to trade their ivory.”

To celebrate Africa’s wildlife heritage, WildAid’s gala will rally support for the continent’s national parks and anti-poaching efforts with the simple message, “Poaching Steals From Us All.”

Nyong’o was named WildAid’s Global Elephant Ambassador in 2015, joining the international conservation organization on a trip to Kenya to visit Amboseli National Park with the Amboseli Trust for Elephants and The David Sheldrick Wildlife Trust’s Nairobi elephant orphanage. The Kenyan-Mexican actress was featured in WildAid’s PSAs with the poignant message, “Poaching Steals From Us All.”

Although Kenya banned the ivory trade more than 25 years ago, growing affluence in Asia has produced a new class of ivory consumers who have reignited demand and stimulated the illegal ivory trade, resulting in continued poaching. Across Africa, up to 25,000 elephants have been killed annually for their ivory, with militant groups and international criminal syndicates profiting from the trade.

WildAid and Yao Ming were instrumental in 2017 in supporting China’s historic ban on domestic ivory sales, the greatest single step in safeguarding the future of African elephants as well as reducing prices for ivory down by two-thirds. The organization continues to produce high-impact communications campaigns to reduce demand for ivory in China, Thailand and Vietnam, as well as in Japan, the largest remaining legal ivory market.

This year’s gala sponsors include Elegance Brands Inc., Chantecaille, Moon Hollow Estate, and Kelleher International, all of whom support WildAid in its mission of wildlife conservation.