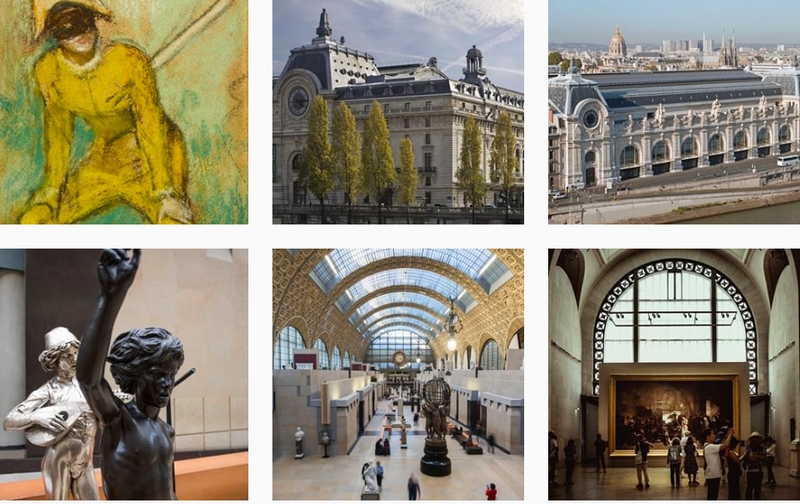 One of France’s most celebrated and august art institutions has taken a novel approach to embracing technology while breathing new life into its collection – by installing an Instagram artist-in-residence who imagines the social media accounts of famous artists from history.

The Paris museum Musée d’Orsay has invited the illustrator Jean-Philippe Delhomme to take over its Instagram account every Monday during 2020. On the account he will post a different drawing each week, depicting an artist as a contemporary social media user.

Delhomme, whose work has appeared in the New Yorker, began with the French art critic Joris-Karl Huysmans, who is the subject of a current exhibition at the museum. In the Instagram post, Huysmans has posted a portrait of himself said to have been painted by the artist Jean-Louis Forain in 1878 with the caption “Thank you @JL.Forain for my portrait.” Underneath, a user called gervex – presumably the artist Henri Gervex, who was the subject of an essay by Huysmans – writes: “No mean criticism this time?”

The Orsay president, Laurence des Cars, told Le Figaro that the purpose of the project was to bring more visibility to its artists from centuries ago. “The aim [of the residency] is to bring these artists of the second half of the 19th century closer by enrolling them in today’s interactions,” Des Cars said.

She added that the idea was not to “desecrate works” but to draw attention to a particular moment in an artist’s biography, and through “contemporary commentaries, fictitious or not, to evoke the adhesions or antagonisms aroused”.

Delhomme released a book last year called Artists’ Instagrams: The Never Seen Instagrams of the Greatest Artists, in which he depicted the social media accounts of Jackson Pollock, Frida Kahlo and Paul Gauguin. “If Instagram had existed a century ago, there would be no art criticism today,” he told the Guardian at the time. “Only thumbs-ups and emojis.”

Delhomme, who works in Paris’s Montparnasse district, which was famous as a hub of intellectuals and creatives, said he wanted to focus on artists who were famous to the “point of creating mythologies around themselves”.

He said: “That’s what was fun about it. They’re the gods of art. It’s like doing the Instagram of Mount Olympus. Artists want to be seen – even the most serious ones. Why wouldn’t they show off like everyone else? That element was always there, but with these social platforms it’s just irresistible.”

Orsay was widely praised last year for its ground-breaking exhibition Black Models: From Géricault to Matisse, which displayed French masterpieces but renamed them in honour of the black subjects in the pictures but absent from the narratives.