Norway has kept its 1st place on the overall Prosperity Index from 2009 to 2013. A unique insight into how prosperity is forming and changing across the world. 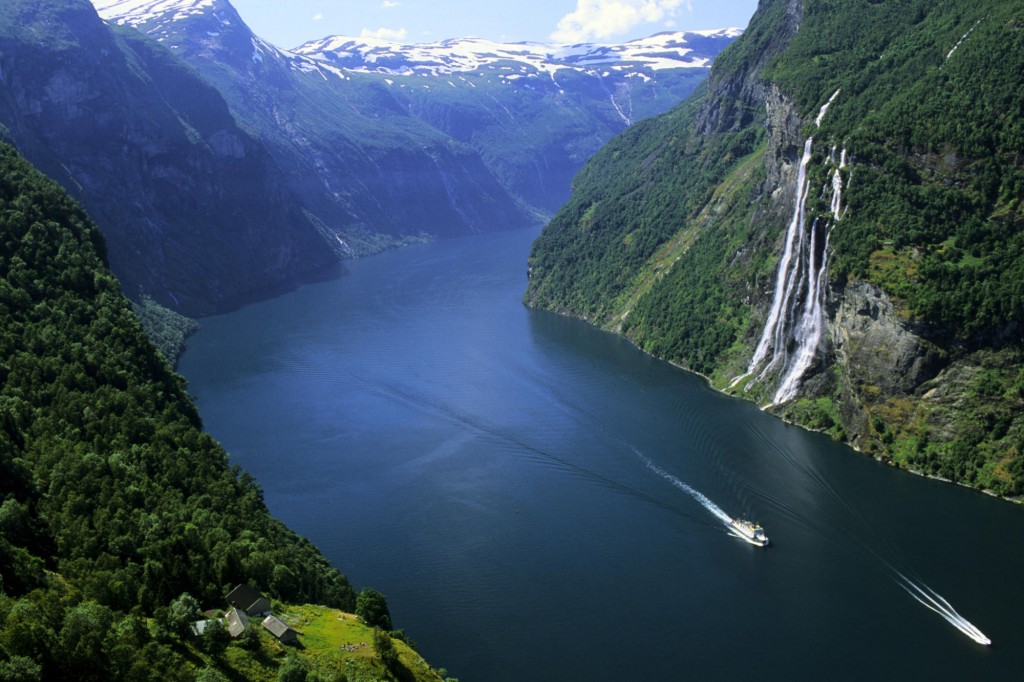 Traditionally, a nation’s prosperity has been based solely on macroeconomic indicators such as a country’s income, represented either by GDP or by average income per person (GDP per capita). However, most people would agree that prosperity is more than just the accumulation of material wealth, it is also the joy of everyday life and the prospect of being able to build an even better life in the future. The Prosperity Index is distinctive in that it is the only global measurement of prosperity based on both income and wellbeing.

Norway ranks first in overall Prosperity, as it has since 2009, confirming its place as the most prosperous country in the world for the fifth consecutive year. The country also ranks first in the Economy and Social Capital sub-indices in 2013. The country leapt five places in the index’s Entrepreneurship and Opportunity category, after it saw rapid development in internet bandwidth and per capita mobile phone ownership. But it saw a worsening performance in the safety and security category, dropping four places to sixth place.

“Since the inaugural Legatum Prosperity Index, the world has seen a continuous increase in prosperity with citizens in many countries experiencing improving wealth and wellbeing,” said Jeffrey Gedmin, President and CEO of the Legatum Institute. “But we cannot afford to be complacent. Issues of war, governance and personal freedom continue to dog the Middle East and parts of Africa. Leading nations are not exempt.” 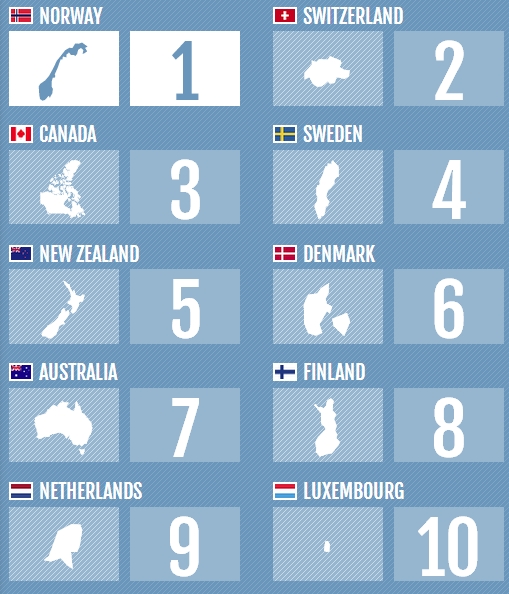 Bangladesh (103rd) ranks above India (106th) in the Prosperity Index for the first time in 2013. Although Bangladesh ’s rank has remained constant since last year, India has declined five places in the same period. India has fallen down the Prosperity Index rankings consistently over the last five years.
Latin America and the Caribbean rise above the world average in the Economy sub-index for the first time in 2013.
Countries showing big improvements include Mexico (27th), Chile (30th), Panama (31st) and Brazil (32nd), as well as Nicaragua (56th) and the Dominican Republic (76th).
The UK declines from 13th to 16th overall this year.
The UK has moved down three places to 16th in overall Prosperity, as a result of decreases in the rankings for six out eight sub-indices since last year. The UK has been leapfrogged by Austria (15th), Germany (14th), and Iceland (13th).
Eight of the bottom 15 countries on the Personal Freedom sub-index are in the MENA region.

Nine of the top ten countries on the Entrepreneurship & Opportunity sub-index are from Europe.

Botswana is the highest ranking Sub-Saharan country for the fifth consecutive year.