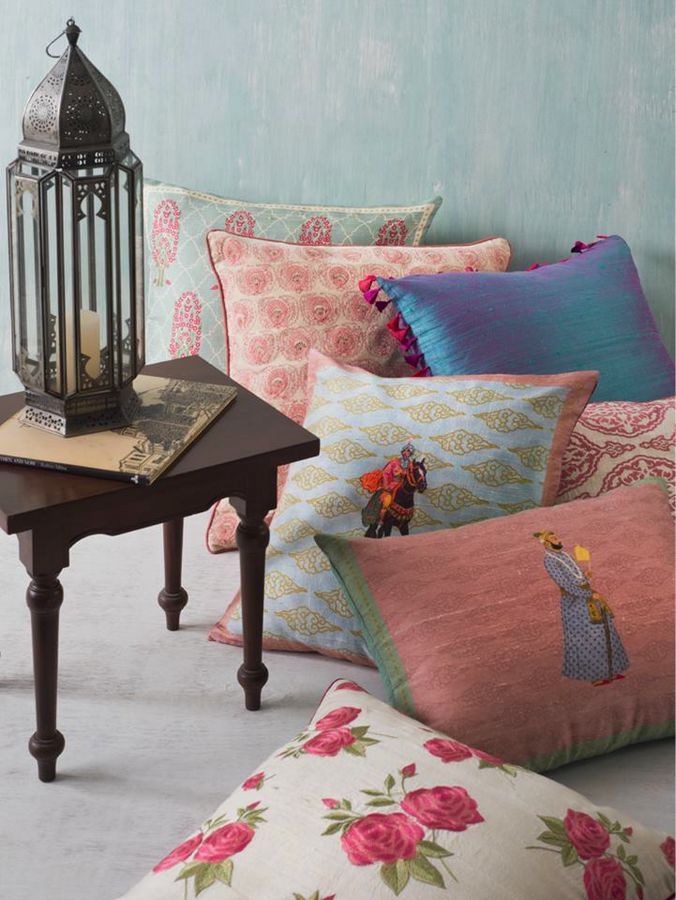 This article titled “Natural dyes v synthetic: which is more sustainable?” was written by Esha Chhabra, for theguardian.com on Tuesday 31st March 2015 09.40 UTC

“I have workers in my factory who spend two to four hours everyday going to collect water, with no guarantees they’ll even find it,” says Sonal Baid, founder of Aura Herbal Wear, who blames synthetic dye factories for polluting local water sources.

Baid and her husband, Arun, have figured out how to use natural dyes at scale at their factory in Ahmedabad, India. Now, they want to convert India’s textile manufacturers, taking them back to natural dyes on natural fabrics, a tradition that Baid said was commonplace in the country until 40 years ago, when synthetic dyes took off.

Natural dyes have an older, more romantic heritage. Indigo, the most commonly known natural dye, is traced back to the days of the ancient India’s Indus river valley civilisation.

“The use of natural dyes on cotton was India’s unique gift to the world,” says Simran Lal, CEO of GoodEarth, a luxury home and clothing brand in Delhi.

But natural dyes lack the vibrancy of synthetic dyes and rely on arable land to produce the base material, such as cotton, the easiest fabric for natural dyes to adhere to. Conventional cotton, though, requires farms to spend heavily on water.

Related: Can big brands catch up on sustainable fashion?

That’s why the Baids turned to organic cotton, which uses less water, pesticides, and is easier on the soil. The Baids live in Ahmedabad in Gujarat, which is known as the ‘Manchester of the east’, a massive textile hub that’s seen its freshwater sources polluted by the runoff of synthetic dyes, and wanted to find a natural solution for the dyes and fabrics used in India’s textile centres.

While the country’s mills have made progress and work is under way to reduce their chemical footprint, rinse water from the dying process is still blamed for contaminating many of India’s rivers.

Last year, the Delhi-based advocacy group, The Centre for Science and Environment did a study (pdf) in Tirupur, another textile city in south India. The results indicated that the river Noyyal, which runs near the dye houses and manufacturing plants in Tirupur, had significantly more chemicals than other rivers in the area.

Before starting Aura Herbal Wear in 2000, Arun worked for an industrial waste recycling firm, where he saw that water discharged by textile mills contained chemicals including formaldehyde, chlorine, lead, and mercury.

According to Sonal, the rinse water at Aura’s facility is almost drinkable. “The water that comes out of our process is purer than the underground water we start our production with. That’s our trophy.”

Sonal discovered natural dyes in a painting class. “I didn’t know you could paint with natural colors.” She went home and started experimenting on small swatches of fabric with kitchen staples such as turmeric, coffee and tea.

The challenge, she says, was scaling that process to long yards of fabric. After 14 years, the duo have mastered the art of natural dyes and are now selling not only ready-to-wear garments but the dyes themselves to other dye houses.

What started in the kitchen has grown exponentially. Their facility can produce more than 10,000 pieces a day and Aura now has a staff of 80 people, supplying 500 clients worldwide, including India’s luxury Taj Hotel spas.

However, Phil Patterson, a consultant to textile companies globally and director of UK-based Colour Connections, believes natural dyes are not the answer. Natural dyes, which come mostly from plants these days, are expensive, require larger quantities to create the same depth in colour, and need mordants (which include heavy metal salts) to stick to the fabric. The colour also washes off over time, raising questions over the fabric’s sustainability.

Most of all, natural dyes require land to grow them, with indigo, turmeric, and onion shells popular options. According to Patterson, 13 acres of land is needed to grow enough dye for one acre of cotton. “You can see that the global consumption of textiles and land use is the biggest issue to address.”

GoodEarth’s Lal agrees, arguing that all-natural fabrics and dyes are a luxury product, not suitable for mass consumerism. “Given the complexities of creating natural dyes and the resources required, such as water and land against the vast commercial markets across the globe, it’s not possible to use only natural dyes.”

Consequently, GoodEarth employs both natural and synthetic dyes in its clothing and linen collections.

Patterson says that the answer lies somewhere in between natural and synthetic, a hybrid perhaps. “We have to find ways of using and enhancing nature, which could mean natural-synthetic hybrids, GM natural dyes. That’s one to ponder. Or synthetic dyes from natural starting materials,” he says.

Ultimately, the problem hinges on a larger issue. “The world has gone consumption-mad,” Patterson says. “As a result there are enormous amounts of textiles produced.” He argues that consuming less is the only way to make an impact in the long run.

The fashion hub is funded by H&M. All content is editorially independent except for pieces labelled ‘brought to you by’. Find out more here.