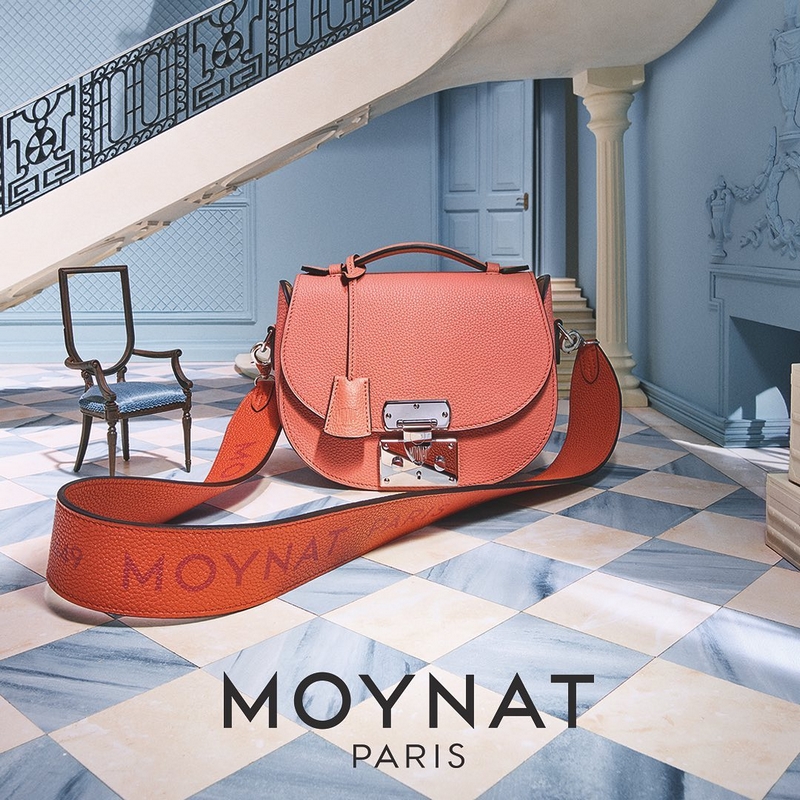 Moynat turns a fresh page under the new creative direction of Nicholas Knightly.

With a keen eye for the wealth and secrets harbored by the archives, Nicholas Knightly and Moynat artisans transport the enchanting pleasures of Moynat’s savoir-faire, its emblematic curves and inimitable signature, for new generations of explorers.

Founded in 1849, Maison Moynat’s name belongs to the first – and only – woman to bring feminine flair to the métier of luxury trunk-making at the height of the Belle Époque. Pauline Moynat’s energetic spirit and sense of innovation played a central role in the flourishing arts, design, travel and modern inventions that transformed Paris in the late 19th century. In 1869 Pauline turned the company into a luxurious trunk-making specialist with an eponymous boutique on Avenue de l’Opéra, frequented by le tout Paris. These demanding customers inspired Moynat creations that were crafted and personalized by hand with exquisite refinement.

Among the new creations by Nicholas Knightly, the new Le Flori bag evokes Pauline’s spirit of freedom and discovery with a removable crossbody strap, the detailing of the handle and the sensual form of the lock mechanism.

Moynat Le Limousine is named after the ingenious invention in 1902 of the eponymous trunk, with a graceful convex bottom made as an exact fit for an automobile body – and available on order in a color to match the car. 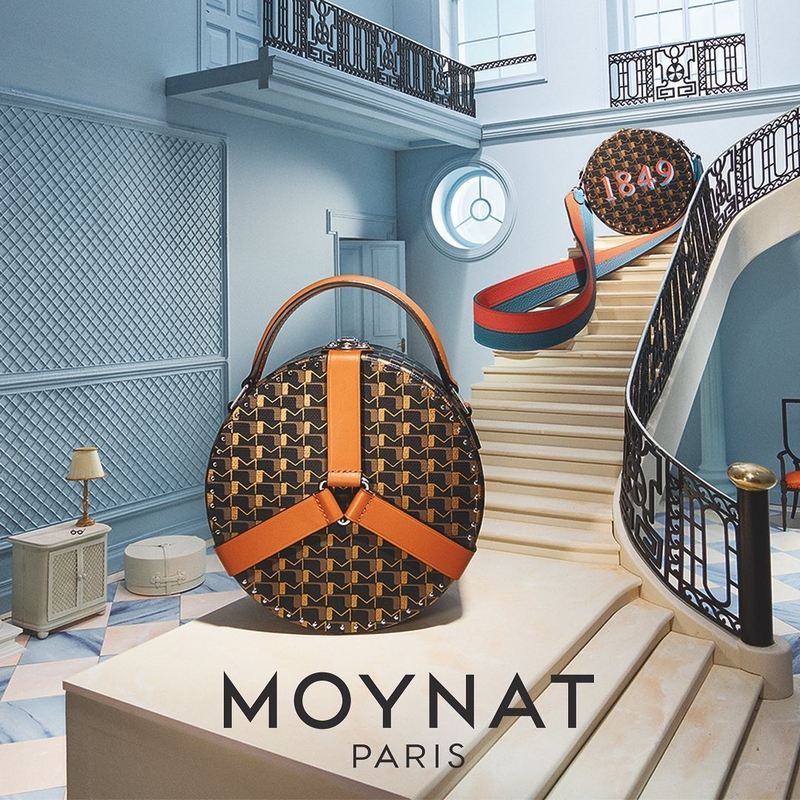 Four years later came the Moynat Wheel Trunk, designed to elegantly hide a spare tire. Nicholas Knightly’s modern take is La Wheel, a playful round minaudière that is perfect for a nocturnal escapade. Another bag designed as a miniature Moynat souvenir is La Little Suitcase, encapsulating the entire story of Moynat in its hardsided frame. The trunkmaker’s traditional savoir-faire is meticulously replicated in miniature scale, including a matching pouch inside the bag, a tribute to Pauline Moynat’s brilliant idea in 1890 to fasten a red leather pouch onto the interior bottom of her trunks where owners could keep their travel documents.

These two miniatures are made in the Toile 1920 canvas with the famed M monogram, a signature motif designed by Art Deco artist Henri Rapin, who joined Moynat in 1905. Henri Rapin was so much ahead of his time that examples of his lettering in the archive still look breathtakingly modern.

The prolific avant-garde artist also created the Moynat medallion logo found notably at the center of the metal locks on the new Voyage handbag and the bucket-shaped Le Baluchon. Designed for modern women on the go, the tactile button mechanism opens and shuts at the push of a finger. These creations become veritable treasures for contemporary travelers. 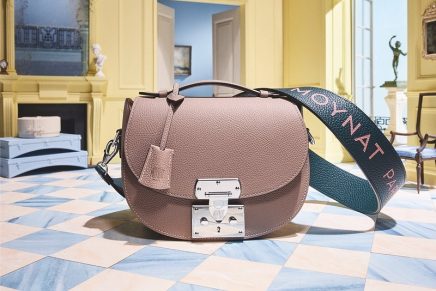 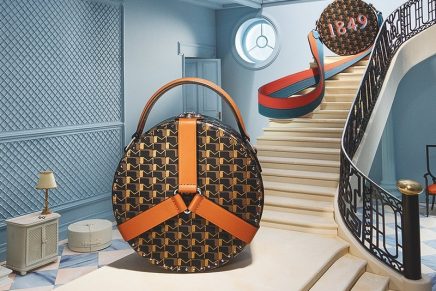 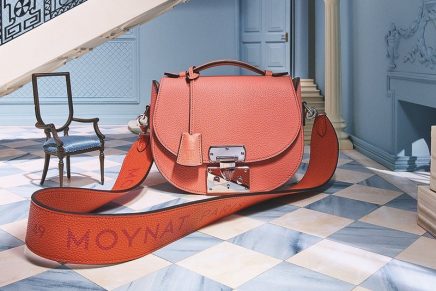