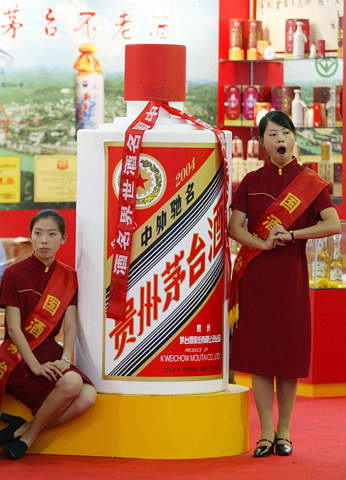 Debate is raging in China about officials’ spending on wining and dining, funded by public money. This year particular attention has been paid to Moutai, Chinese liquor also known as baijiu, a high-priced drink beloved of China’s wealthy businesspeople and officials.

Recently ranked the fourth-most valuable luxury brand in China on the Hurun Report’s 2011 list, in the last year Moutai has taken great pains to distance itself from the “luxury” tag. Upon hearing of his brand’s inclusion on the Hurun list, Moutai spokesman Ye Yuanhong told Chinese media, “In regards to being included in Hurun’s luxury brand list, Maotai has never claimed itself eligible to be considered a luxury brand. We don’t know anything about Hurun’s list, and wish to distance ourselves from it.”

According to jing daily, last week, Moutai general manager Liu Zili added fuel to the fire of public debate on government official spending, saying at an event, “If Moutai was banned [from government functions], I would be confused what drink could be served at government receptions. Should it be Lafite instead?” Liu’s remarks have touched a nerve among Weibo users, with the subject discussed in more than 2 million entries since the weekend.

Moutai has had a very uncomfortable relationship with the word “luxury” for quite some time. In November 2011, stories broke among Chinese media that Moutai would apply to be listed as an “international luxury brand.” As the story went viral, Moutai Group Honorary Chairman, Ji Keliang denied that Maotai had such plans, saying he is “opposed to Maotai baijiu being referred to as a luxury good.” But with price increases for bottles of Moutai showing no sign of stopping, and the spirit far beyond the price range of most consumers, it’s hard to argue it’s not a luxury.