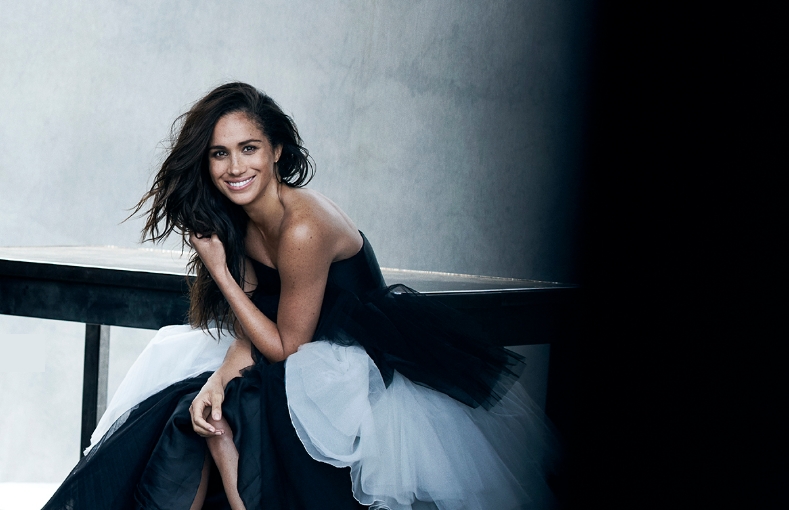 German fashion photographer Peter Lindbergh, who died on Tuesday aged 74, was renowned for black-and-white portraits that appeared in magazines including Vogue, Harper’s Bazaar and the New Yorker, as well as his refusal to retouch images. Recently, Lindbergh photographed women for the “Forces for Change” issue of British Vogue, guest-edited by Meghan, the Duchess of Sussex, including Jane Fonda, the climate activist Greta Thunberg, and New Zealand prime minister Jacinda Ardern.

On the duke and duchess’s official Instagram account, Meghan shared an image of herself with the photographer, captioned: “His work is revered globally for capturing the essence of a subject and promoting healthy ideals of beauty, eschewing photoshopping, and preferring natural beauty with minimal makeup.”

Lindbergh was born in German-occupied Poland in 1944 and studied at the Berlin Academy of Fine Arts in the early 60s, before opening his own studio in 73. He became known for shooting his subjects in a naturalistic style, wearing minimal makeup.

Related: Peter Lindbergh’s best photograph: the birth of the supermodels

Speaking to the Observer in 2016, he said: “The cosmetic companies have everyone brainwashed. I don’t retouch anything. ‘Oh, but she looks tired!’ they say. So what if she looks tired? Tired and beautiful.”

Lindbergh was also credited with launching the 90s “supermodel era”, after photographing models including Linda Evangelista, Naomi Campbell and Cindy Crawford for the cover of British Vogue in 1990. He was the first photographer to shoot the Pirelli calendar three times, taking the helm in 1996, 2002 and 2017.

His realistic style of fashion photography came at a time when the industry was dominated by images of glamour and excess. His pared-back style is often credited with redefining beauty ideals, and he saw it as a photographer’s responsibility to “free women, and finally everyone, from the terror of youth and perfection”.

A post on Lindbergh’s Instagram account on Wednesday confirmed his death, stating: “He leaves a big void”. The editor of British Vogue, Edward Enninful, has also paid tribute, saying: “Peter Lindbergh was both a visionary photographer and a dear friend. His ability to see real beauty in people, and the world, was ceaseless, and will live on through the images he created. He will be missed by everyone who knew him, worked with him or loved one of his pictures.”