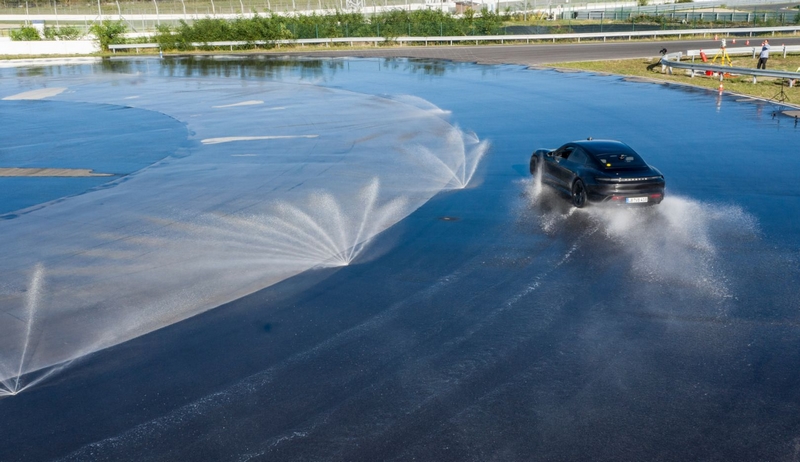 World record for the longest continuous drift in an electric car.

The Porsche Taycan has entered the Guinness World Records for the longest drift with an electric car The scene of the world record was the Porsche Experience Centre (PEC) Hockenheimring.

Porsche instructor Dennis Retera did 210 laps on the 200 metre-long drift circle without the front wheels ever pointing in the same direction as the curve: after 55 minutes the sideways expert had covered a total of 42.171 kilometres. By completing this marathon distance, Retera secured the world record for the longest continuous drift in an electric car. The average speed was 46 km/h. The record was achieved with the rear-wheel drive version of the Taycan, which is already on sale in China.

The Dutchman is now the Chief Instructor at the Porsche Experience Centre Hockenheimring, but previously competed in karting, single seaters and endurance races. “Nevertheless, it was also very tiring for me to keep my concentration high for 210 laps, especially as the irrigated asphalt of the drift circuit does not provide the same grip everywhere. I concentrated on controlling the drift with the steering – this is more efficient than using the accelerator pedal and reduces the risk of spinning.” 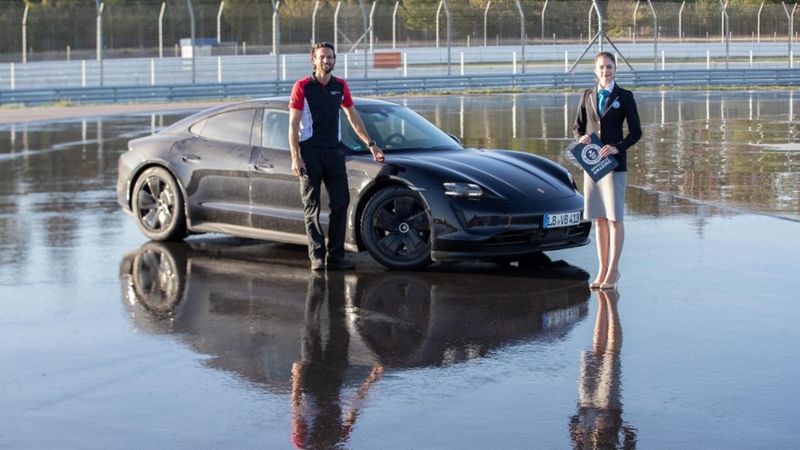 The Porsche Taycan is already a record holder in many other disciplines: whether it is the gruelling 24-hour endurance run over 3,425 km on the high-speed track in Nardò; the best time in its class of 7:42 minutes on the Nürburgring-Nordschleife or the 26 sprints from a standing start to 200 km/h at the airfield in Lahr – the record statistics of the first all-electric sports car from Porsche make impressive reading.

The PEC at Hockenheimring has just celebrated its first birthday: on 13 October 2019, the 170,000 square metre site in the heart of the race track was opened. It houses a customer experience centre, a handling track, six driving dynamics areas and an off-road course.

The PEC at Hockenheimring is the second German centre after Leipzig. Other PECs are located in Atlanta, Le Mans, Los Angeles, Shanghai and Silverstone. The eighth and largest PEC is currently being built in Franciacorta, Italy. The opening is planned for mid 2021. 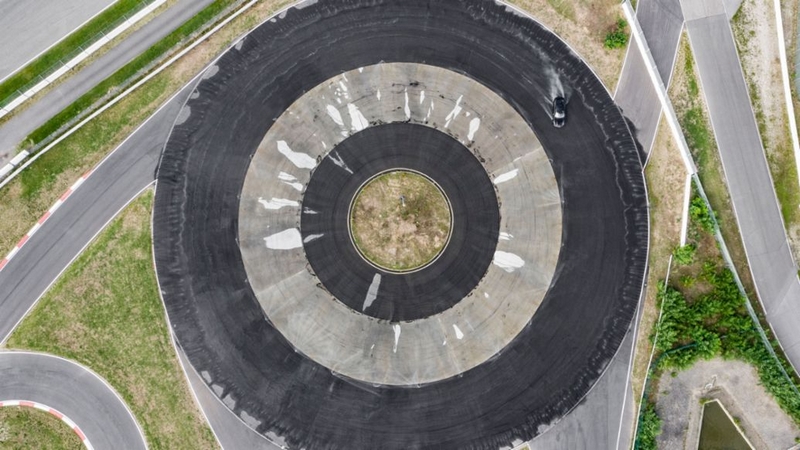 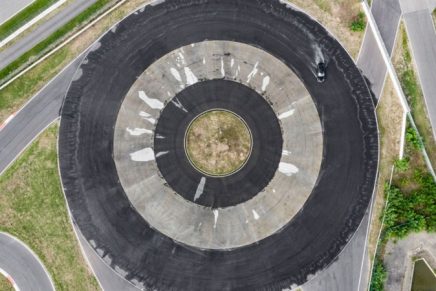 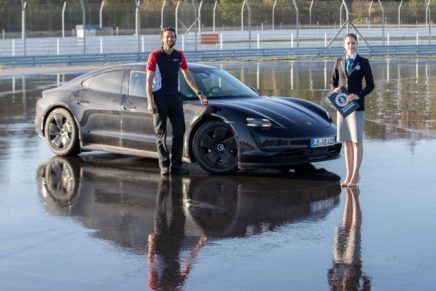 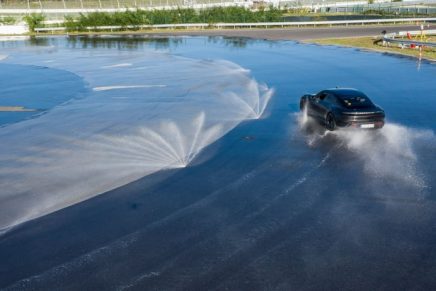