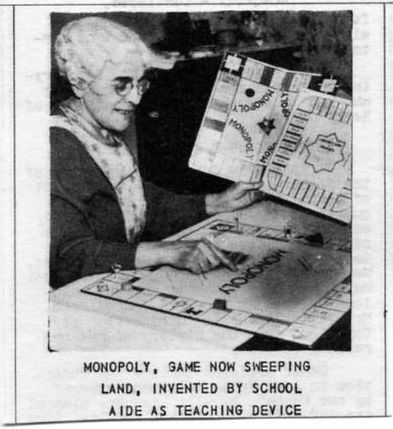 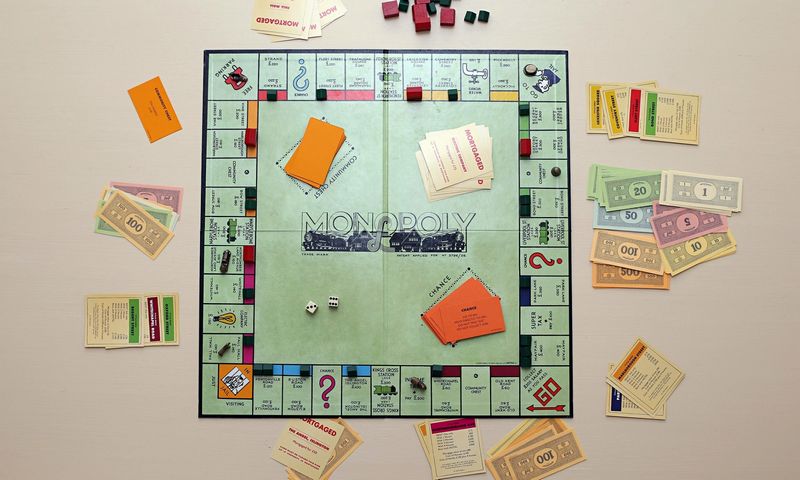 This article titled “Lizzie Magie invented Monopoly, so why haven’t we heard of her?
” was written by Mary Pilon, for theguardian.com on Friday 10th April 2015 08.00 UTC

To be an American woman in 1904 meant paying taxes without the right to vote. Margaret Sanger was 12 years shy of being arrested for forming what would become the Planned Parenthood Foundation, and popularising birth control. And it would be another 30 years before Gloria Steinem was born.

It was also the year that a woman named Lizzie Magie received a patent for her Landlord’s Game, a leftwing teaching tool that would come to be known by millions as the board game Monopoly. However, Magie reportedly received a mere 0 for her creation, no royalties, and, until recently, little credit.

Versions of her game were played for 30 years before Parker Brothers began publishing it as Monopoly and touting Charles Darrow as its Great Depression-era progenitor. So how could the real inventor of a blockbuster game – especially one who actually had received a patent for her creation – go unacknowledged for so long?

For one, she was handily outnumbered. At the time Magie walked into the US patent office, fewer than 1% of applicants were female. As Anne Macdonald points out in her book Feminine Ingenuity, the eureka or light-bulb moment is only the first step in an often laborious and complicated process. She refers to a 19th-century patent commissioner who cautioned against including a woman’s name on a patent application, as “if it had been known [that it was] the invention of a woman, it would have been regarded as a failure.”

The cost of creation, then applying for and maintaining a patent was a challenge for women who struggled to access education and capital. The gender-based disparity in wages upset Magie and she had no hesitation in speaking out against it. Shortly after receiving her Landlord’s Game patent, Magie staged an audacious stunt in which she placed an ad auctioning herself as a “young woman American slave” off to the highest bidder. The goal of the stunt, she told reporters, was to make a statement about the dismal position of women. She described the a week she earned as a stenographer as “slavery of one kind or another” and also said that men were blind to the plight of the victims that the capitalist system created.

“In a short time, I hope a very short time, men and women will discover that they are poor because Carnegie and Rockefeller, maybe, have more than they know what to do with. My people believe that the only way to help working girls is to get rich and give something to the poor. That is just the way not to do it. Working girls want only what they produce. If they get that they will have all they need. They can have silk underwear then.”

Magie’s game was designed as a teaching tool to demonstrate the economic theories of Henry George, a man whose so-called “anti-monopolist” or “single tax” groups became early cradles for women’s suffrage. Magie had described marriage as “a germ” and likened it to “a disease.” “What is love? Nobody knows,” she said. Marriage was not for her, she added, unless she could see her spouse only once every three days. She didn’t want anyone to interfere with her ability to go off into her den and spend hours plodding through books as she pleased. “Personally, I love solitude, and were I married I could not enjoy this luxury.”

While Magie’s comments shocked many at the time, the game design world was not alone in the ease with which it dismissed the contributions of women. To read through letters, headlines and books from Magie’s era is to understand how regularly women’s perceived inferiority was discussed. While innovations such as the typewriter and the telephone had afforded new professional opportunities for women, common thought still held that they had little to contribute to the world of ideas. As one newspaper would put it in 1912, women may have greater longevity than men because “they don’t use their brains as much.”

History is littered with examples of marginalised and overlooked characters, whether because of their gender, race, religion or any other classification. Hopefully more stories like Magie’s will make their way to the forefront. Because when it comes to the game of innovation, it’s better to tell these tales later rather than never.