Toyota To Build Lexus ES 350 At Its Georgetown, Kentucky Plant 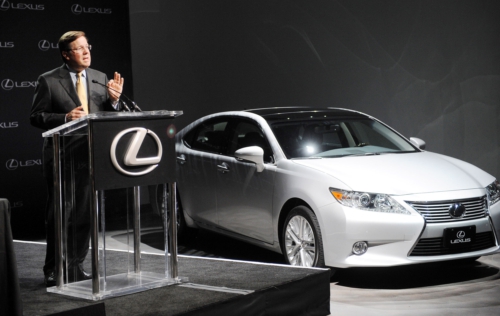 Lexus is bringing the production of luxury sedans back to where the brand was born. For the first time, a Lexus vehicle will be produced in the United States. The Lexus ES 350 will be assembled at Toyota Motor Manufacturing, Kentucky (TMMK) in 2015.

The move will generate 750 new jobs. To support the new dedicated assembly line, Toyota will invest $360 million in the Georgetown plant.

About 50,000 Lexus luxury vehicles a year will be produced, bringing the plant’s total annual production capacity to more than 550,000 vehicles. It will be the first time the ES will be assembled outside of Japan.
“Since its arrival here in 1986, the impact Toyota has had on Kentucky has been immeasurable, and the addition of Lexus production only adds to that enduring legacy,” said Governor Steven Beshear of the Commonwealth of Kentucky. “The establishment of production for the Lexus ES 350 will afford Kentucky a tremendous opportunity to expand and strengthen its vast supplier base, creating even more growth potential in the future.” 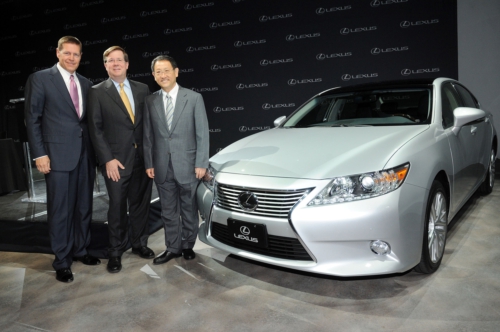 Production of the ES 350 at the Georgetown plant is the latest step in Toyota’s continuing strategy to assemble vehicles in the markets where its customers live. Over the past 17 months, the company has announced plans to increase production capacity at its plants in Mississippi, Indiana, West Virginia and Canada, reflecting a cumulative investment of approximately $2 billion that has created more than 4,000 new jobs. Toyota also recently announced executive changes designed to provide regional managers with more local control and a streamlined decision-making structure to help the company deliver superior customer-focused products and services.

In 2012, the plant produced the 25 millionth Toyota vehicle built in North America. Toyota recently committed to boosting production capacity for the 4-cylinder engine at the plant by more than 100,000 units. This $30 million project will create about 80 new jobs.