The equation of life is a fragile balance between time and happiness lived from birth to death. This special kinetic sculpture tells the time… and it celebrates life. 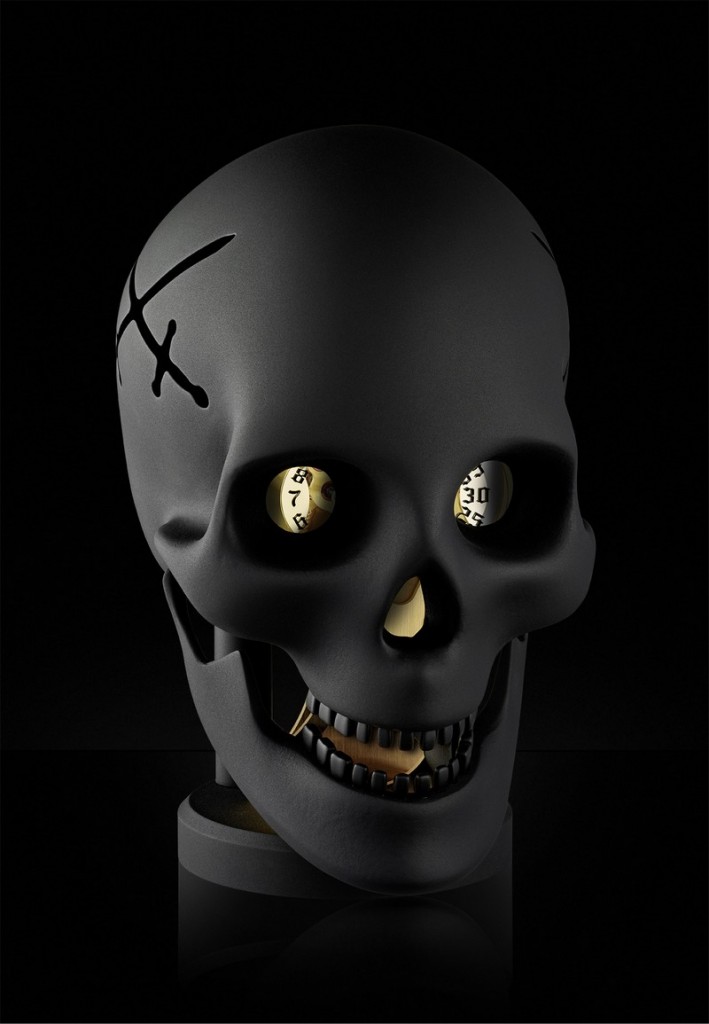 L’Epée 1839, the Swiss specialist of high-end kinetic clocks, partners with magazine editor, film producer, art and technology enthusiast Kostas Metaxas for a kinetic sculpture that tells the time. Called Requiem, this unique table clock with an 8-day movement features a horological mechanism deep in the center of the skull.

With an 8-day power reserve, Requiem has to be rewound each week, so offering an intimate moment with its symbolic, thanks to a key specifically placed at the base of the skull, as to represent an essential axis in the human being. From the nape of the neck or more precisely from the cervical plexus in Humans, all information, wills and decisions will be sent to the organs and members. Here, it is the energy necessary for the proper functioning of the table clock which is transmitted through this gesture. The unique key also allows you to set the time.

Designed and manufactured by L’Epée 1839, Requiem measures nearly 19 centimeters (7.4 inches) high and weighs about 2 kilograms (6 pounds). It is made of cast aluminum which is then perfectly finished off in the Swiss workshops of L’Epée 1839. Two skull finishings are available: a black skull associated with a movement in gold-plated brass, or a silver color version: aluminum skull and palladium-plated movement. The new movement is an internally designed 1853 HMD caliber with an 8-day power reserve. This new movement features two discs
that display a “slow” jumping hour and sweeping minutes.

Opting for a timeless artistic genre: Memento Mori, L’Epée 1839 and the designer take on a graphic and technical challenge. Memento Mori, literally translated as “Remember that you are going to die”, reminds Man of the humility he must show in the face of eternity.

Symbols of intimate ties uniting life and time. The eyes, on the other hand, are spectators of time passing and quite naturally the hour invites itself in the eye sockets. The reading of the hours and minutes is achieved by two transparent discs placed respectively in the right eye and the left eye. So you must face your fears and look at Requiem in the eyes … to know…. the time.

Far from the traditional clock, these 2 kilograms of skull can disturb even in all of its sobriety. Two swords were engraved on the sides of the aluminum skull to let in the light and give reflections to the movement. The jaw designed to be very realistic is composed of 24 independent teeth.

Each story, each life, each skeleton is unique, bearing the stigmata of time. To make the timepiece even more realistic, L’Epée 1839 has deliberately left small defects, specifically, individually and harmoniously located on each skull, as a sign of life, leaving you to imagine a story and making each timepiece totally unique.

The skull rests on two pillars, recalling the two trapezius muscles, in the middle of which the key is positioned. The aluminum base ensures the stability of the clock.

Requiem is a limited edition of 50 pieces per configuration: black skull and golden movement, or aluminum skull and palladium movement (silver color).

collection, was launched for its 175th Anniversary, is intended to shock, evoke and inspire people, not to toe the line. L’Epée clocks feature complications including retrograde seconds, power reserve indicators, perpetual calendars, tourbillons and striking mechanisms – all designed and manufactured in-house. Ultra-long power reserves have become a signature of the brand as well as superlative fine finishing. 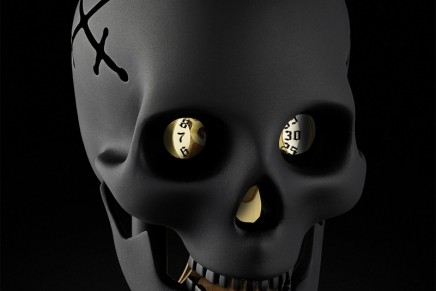