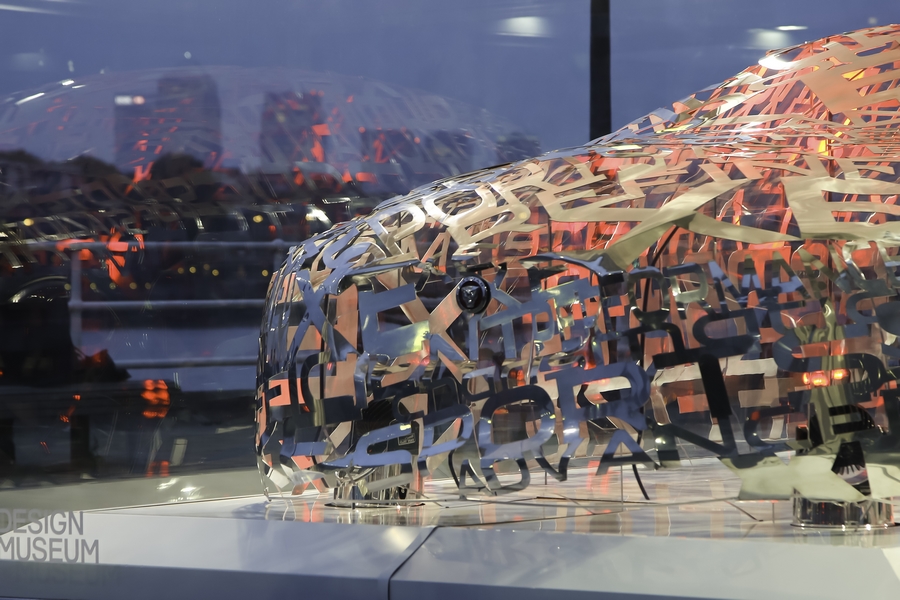 For 25 years, the Design Museum has championed creative thinking and inspired problem solving, celebrating the talent of the world’s best designers and architects. The museum has welcomed five million visitors and built an important collection of contemporary design.

“Large scale installations like this striking sculpture are always hugely popular with our visitors, and the Jaguar XE form is already attracting lots of attention. We’re sure that it will be a hit with the public, and it makes an eye-catching addition to our programme for the London Design Festival,” said Design Museum Head of Communications Josephine Chanter.

Computer modelling was used to create the words that are molded to the dynamic form of the Jaguar XE then finished using metal craftsmanship by the team behind elements of the London Olympic Games Opening Ceremony.

“It has been an enormous amount of fun bringing a word cloud of XE and everything it means to life. It’s hugely satisfying to be recognised by London Design museum and to have our work become part of London Design Festival,” explained Ian Callum, Jaguar Director of Design.

Jaguar XE Word Cloud Sculpture is on display from 5 September to 6 October in outdoor London waterfront location by Tower Bridge. 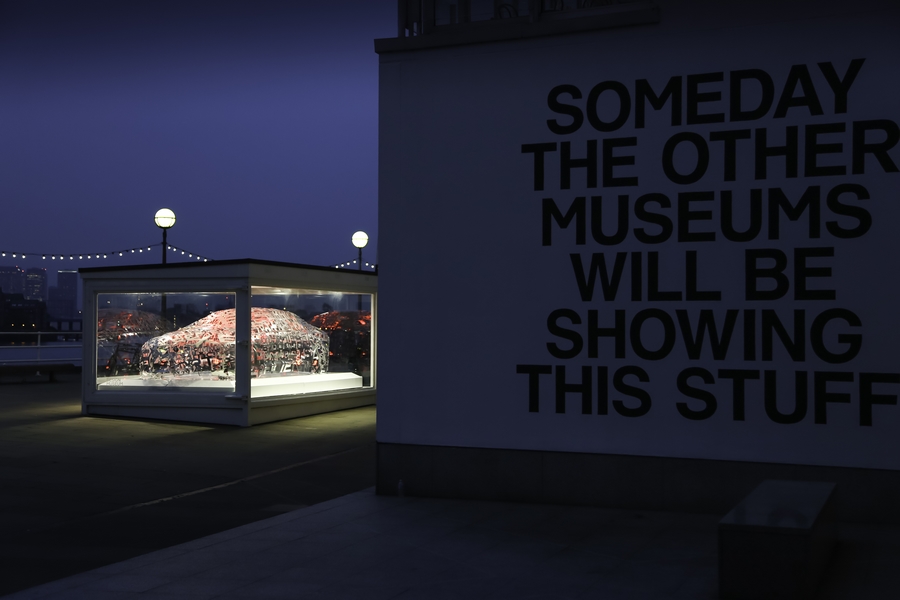