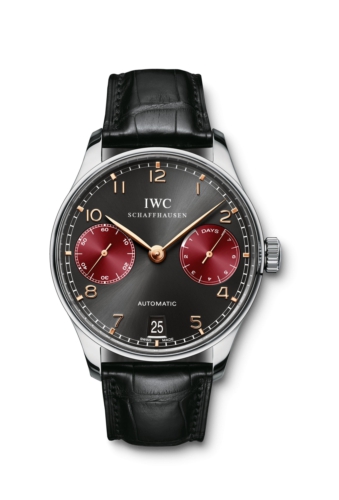 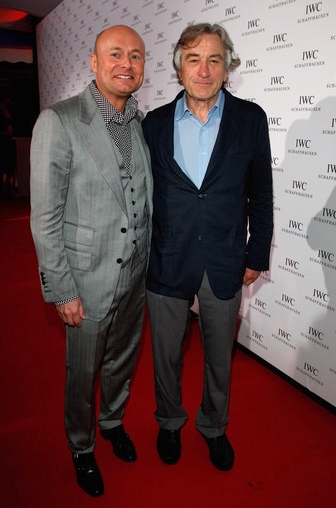 Rarely do people make the association between film and watches, yet both industries rely on a appreciation of time and the determination to make thousands of parts work in harmony behind the scenes, be it a sapphire crystal case or a cameraman’s lense.

Swiss watch manufacturer IWC Schaffhausen (founded in 1868) celebrates the world of Filmmaking this year as the Official ‘Festival-Time’ Partner of the Tribeca Film Festival in New York. To honor the festival and support its nonprofit affiliate, the Tribeca Film Institute (TFI), IWC along with TFI will auction a unique one of one piece at Antiquorum Auctioneers, the world’s premier watch auctioneers of modern and vintage timepieces. The auction will take place on April 10th, 2013 at Antiquorum’s US headquarters Madison Ave Showroom with the entire proceeds supporting the Tribeca Film Institute, a nonprofit arts organization that supports filmmakers with grants, professional development,and resources, while also helping students to discover film and filmmaking.

“We believe new voices should be heard and are convinced that projects as well as talents from Tribeca Film Institute
deserve an international stage,” says Georges Kern , CEO of Swiss luxury manufacture IWC Schaffhausen. 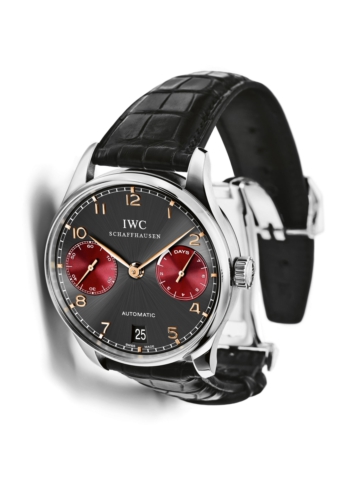 The Portuguese Automatic Edition “TRIBECA FILM FESTIVAL 2013” unique one of one piece features the Pellaton winding system, 7-day power reserve, and date display. The hands, numerals, and hour markers are made of rose gold and set
against the slate-colored dial. The 18-carat gold medallion bears the logo of the Tribeca Film Festival and the milled lettering “Unique Piece”.

“The unique Bordeaux subdials harken to a time of Hollywood glamour and iconic red carpets, while the slate colored dial is inspired by Tribeca in lower Manhattan, laden with steel and concrete buildings that are home to some of the cities most iconic architecture and is a culture movement within itself,” says Georges Kern , CEO of IWC. 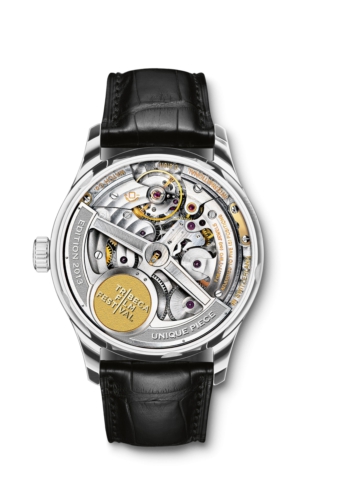