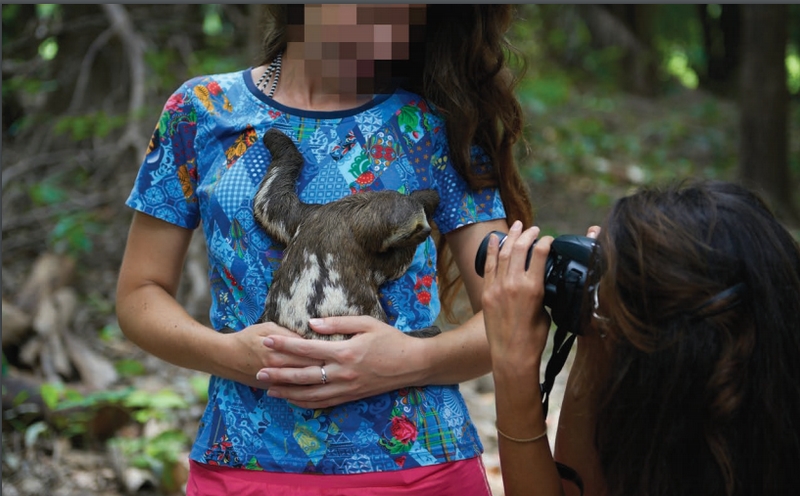 At the International Penguin Conference in New Zealand, the experts were worried. Among sobering discussions about the perils of the climate crisis and habitat loss, the unlikely issue of wildlife selfies photobombed the agenda, with increasing concern that the celebrity-fuelled search for that perfect shot is affecting animal behaviour.

Seddon told the global convention – held in Dunedin last week – that the normalisation of wildlife selfies was “scary” and was harming animals, including causing physical and emotional stress, interrupting feeding and breeding habits, and even potentially lowering birth rates.

“The trouble with wildlife selfies is the images are often appearing without any context – so even if the message is promoting conservation or an ambassador programme, that message is lost and all people see are someone hugging a penguin, and want to do that too,” says Seddon.

“We have an increasingly urbanised population around the world who are alienated from the natural world and whose access to wildlife is commodified and sanitised and made safe. So we’re seeing these very strange behaviours that seem weird to us as biologists – such as posing your child on a wild animal.”

Seddon takes his concerns so seriously he has forbidden his students from posting images of themselves on their social media accounts while studying and working with local wildlife, fearful that the photographs will be taken out on context and contribute to the rise of wildlife selfies online.

The International Penguin Conference itself turned down a lucrative sponsorship deal with a Dubai company recently because of concerns about its use of wildlife selfies in promotional material.

Platforms such as Instagram host hundreds of thousands of wildlife selfies. Researchers at World Animal Protection analysing wildlife selfies for a 2017 report discovered a 292% increase in the number of wildlife selfies posted on Instagram between 2014 and 2017, with 40% of the images posted described as “bad selfies” – meaning someone hugging, holding or inappropriately interacting with a wild animal.

A “good” wildlife selfie was described as a picture where there is no contact between an animal and a human, and the animal is not being restrained or held in captivity to be a used as a photo prop.

Celebrities have also contributed to the popularity of wildlife selfies, with Roger Federer and Margo Robbie posing with quokkas in Australia, Justin Beiber with a tiger, Kim Kardashian with an elephant and Taylor Swift with a kangaroo.

In New Zealand, tourists have been caught dancing with endangered sea lions for selfies, chasing rare yellow-eyed penguins, and trying to hug the shy and reclusive Kiwi bird.

Philippa Agnew, science and environmental manager at the Blue Penguin colony in Oamaru, on the east coast of New Zealand’s South Island, says wildlife selfies have an “indisputable” impact on the penguins and all electronic recordings by tourists are banned.

“The goal is to reduce all disturbance to the penguins. The back light on cellphones these days and the noise and the movement and flash of people taking selfies really stresses the animals,” she said.

Agnew said wildlife selfies could be beneficial to raise awareness for conservation efforts, but were too often taken out of context. Staff at the blue penguin colony frequently handle the animals during routine health checks but there is a ban on recording these duties, lest they become “normalised” on social media.

Outside the managed colony, Agnew said tourists visiting Oamaru often “intercept” blue penguins moving from the sea to the shore; chasing them or trying to pick them up. That kind of intervention can prevent the birds from feeding their chicks, or hunting for food.

“Even though that animal doesn’t necessary look stressed, more often than not they are,” she said.

Seddon said the conservation community was still trying to figure out how wildlife selfies can be used for good; and one idea was targeting Instagram influencers to spread the message of how to safely interact with wildlife.

“Any image touching an animal is sending the wrong message,” he said. “We have to reinforce the fact these animals are wild species – they’re not here on our terms. They’re in a human-modified world, but not to the point where we feel we can touch them.”