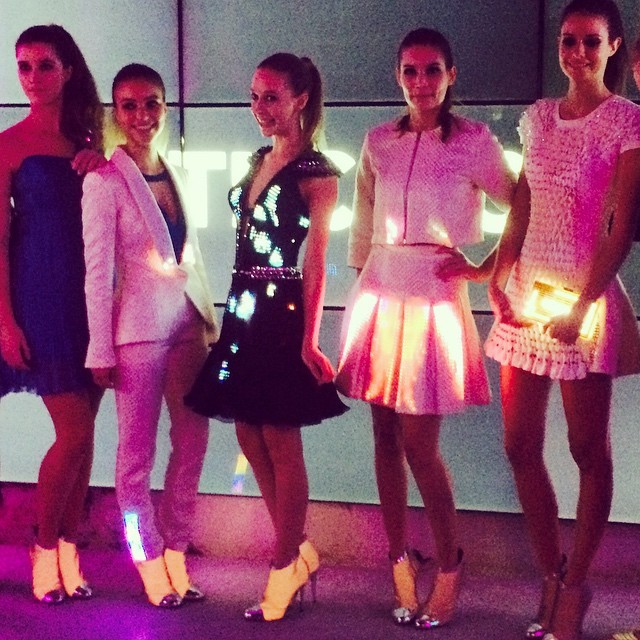 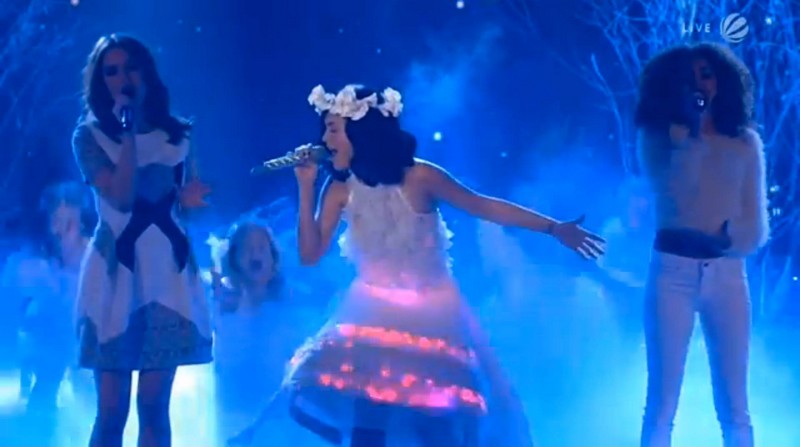 This article titled “Is wearable technology set to take over our wardrobes?” was written by Suzanne Bearne, for theguardian.com on Monday 3rd August 2015 06.00 UTC

Fancy tweeting your thoughts on to an LED-lit cocktail dress? Receiving a notification when you’ve lost your sunglasses? Or watching your emerald ring flash when you’ve been sent a text message?

Whether you want to wear this futuristic-style wardrobe right now is another question, but research indicates that it’s likely to form part of your attire at some point in the future. According to Gartner, smart clothes are predicted to surpass smartwatches and fitness bands to become the biggest wearables sector by next year, with 26 million smart garments expected to be shipped in 2016, up from 0.01 million in 2013.

As wearables such as Apple Watches and Fitbits gain traction, a rising number of startups are driving innovation in this space by incorporating clothes and accessories with super-smart technology.

Take Ringly, a gemstone ring that connects with a smartphone to vibrate or light up when a text, email or phone call comes through. The purpose? To help phone addicts disconnect a little from technology. US-based Christina Mercando says she created Ringly because she hated putting her phone on the table when she was out for dinner with friends or in a meeting.

“I wanted my jewellery to remind me of important notifications so I wouldn’t have to keep my phone out all of the time,” she says.

Unusually, Mercando focused on creating a product that puts design before the technology.

“We didn’t want something that was bulky and techy or replaced your phone in any way. Our goal was to make something you’d want to wear even if the technology was not there.”

London-based digital fashion designers CuteCircuit blend LEDs, telecommunications and smart textiles with their designs to produce clothes that are visual, interactive and playful – think jackets, dresses and purses displaying digital patterns and tweets. But CuteCircuit are far from jumping on the wearables bandwagon; the brains behind CuteCircuit – Francesca Rosella and Ryan Genz – launched the company 11 years ago, years before giants like Apple and Samsung moved into the market.

“In 2004, nobody understood what wearable technology was; it wasn’t on the map,” says Rosella. “It took a while to finally get visibility.”

That soon changed in 2010 when CuteCircuit gained the kind of exposure small businesses can only dream of when singer Katy Perry wore one of their creations – a dress with over 3,000 colour changing LEDs – to the Met Gala. The day the team landed back in London after a flying visit to New York to hand Perry the dress, CuteCircuit was featured on the cover of fashion trade magazine WWD and images of Perry wearing the dress were splashed across all the papers. “Every single newspaper had a picture of Katy on the cover. Then the day after Selfridges called us asking if we had something simpler so we designed one of our bestsellers for them, the K dress.”

CuteCircuit, now an eight-person outfit based in Shoreditch, east London, has shown at New York fashion week for the past two seasons, each time wowing the crowds with new technology, such as featuring Bluetooth-connected garments that can be controlled through its Q App. New inventions include enabling the wearer to display tweets on their garment. Its creations are sold through its website but will soon be available on Net-a-Porter too.

Some critics have questioned the purpose of some of the wearables that have come on to the market but, for many startups, their goal is to solve a problem.

A prime example is Sydney-based Tzukuri, which aims to fix a problem many of us encounter every summer – losing our sunglasses – by enabling the wearer to receive a notification when they’ve left them behind.

“After losing many pairs of glasses ourselves, we saw an opportunity to infuse a very simple piece of technology – a Bluetooth radio – into a pair of glasses, and turn them into something that is so much more while maintaining the integrity of the glasses as a luxury item anyone could love,” says Tzukuri co-founder Michael Sutton.

One company that serves a clear purpose with its use of wearable technology is Intelligent Textiles, which is revolutionising military uniforms. Over the past eight years the Surrey-based firm has won around £6m in contracts from the Canadian, British and US militaries to create intelligent and streamlined soldier uniforms by weaving electronic circuits into the fabric, meaning soldiers only need to carry one single power source instead of multiple batteries. Their creations solved a major problem of military forces carrying too much kit with them on to the field, says Intelligent Textiles co-founder Asha Peta Thompson.

“They took more batteries with them than bullets to the frontline. The problem was soldiers had cables running around the uniforms, which would tangle and get caught in trees and door handles.”

While Rachel Arthur, global senior editor for trend forecaster WGSN, is enthusiastic about the burgeoning wearables market, she’s unimpressed with much of the accessories and clothing on offer so far.

“It’s pretty rubbish,” she says. “At the moment when we look at fashion and wearables, we’re talking about things that can light up, or put a message on, or communicate across the chest. The majority are very heavily built towards communication. Ringly is a beautiful gemstone, but I don’t think you need a ring to vibrate. It seems a bit weird and an unnecessary addition. Wearable accessories are gimmicky, but there’s a move to more exciting things ahead such as fabric innovation.”

So what does the future of wearable tech hold for the clothing and accessories industry?

“Our vision for the future is that every piece of tech, like phones or cameras, is going to disappear and will be integrated into the garment,” says Rosella. “Every garment will have integration and you will decide what you want it to do.”

Mercando believes that in a few years we’ll all be shopping for electronics the way that we shop for clothing today. “You’ll want to buy the piece that fits your personal style and the functionality that fits your lifestyle,” she adds.

Intelligent Textiles’ focus will be on further developing its soldier packs but the company could veer into the health and medical sectors to solve other purposes: Thompson is keen to develop a product for people with cerebral palsy where the wearer could push a button on their jacket for example and say “hello” or “my name is”.

“A lot of wearables at the moment are selling a gimmick, but when you solve a need, you’ve got a product,” says Thompson.

Sign up to become a member of the Guardian Small Business Network here for more advice, insight and best practice direct to your inbox.