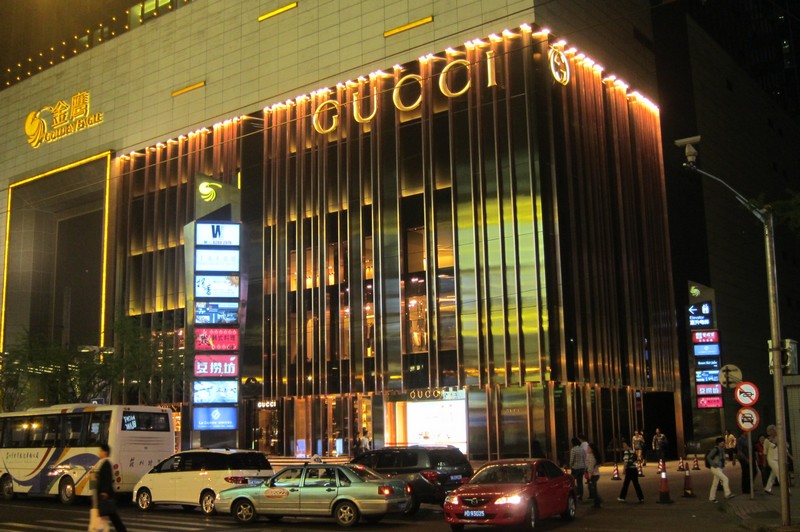 This article titled “Shanghai in slow lane as market crash accelerates slump in luxury car sales” was written by Jennifer Duggan in Shanghai, for The Observer on Saturday 1st August 2015 15.00 UTC

Business appears to be slow at the Mercedes-Benz showroom in the Jing’an district of Shanghai. There are no customers and the staff look bored. A family comes in to look at the cars but appears to have no intention of buying. A salesperson is tight-lipped when asked whether they are seeing fewer customers through the doors.

Car sales in China are slowing after years of rapid growth, and have slumped in the last few weeks. According to the China Association of Automobile Manufacturers, numbers sold in June fell 5.3% from May; this drop coincided with the stock market crash that saw the Shanghai Composite Index lose 14% in July. The association previously estimated that sales would grow 7% this year; now it thinks that figure will only be 3%.

A number of international car manufacturers such as Peugeot, Citroën and Ford have warned of sluggish sales in China, while Audi lowered its global sales forecast last week because of slumping demand there. State media reports that some companies have been cutting prices since April in an effort to boost sales.

The sales staff at the Mercedes-Benz dealership would also not comment on whether they had been offering discounts. However, there were signs offering new deals for lower interest financing when purchasing some of the more expensive models on display.

Bill Russo, managing director of management consultancy Gao Feng Advisory Company, confirms that the sector is slowing down. The recent stock market crash is “noise in the system”, he says, but admits that “there could be a short-term impact”. Nonetheless, he believes that the industry should be optimistic about China: “The expansion of the market will be guided by the number of people who have enough money to buy a car, and that number will grow.”

The economic slowdown is also having an impact on the luxury goods market and there are concerns that the share crash will make it worse. “The luxury market has been in slowdown mode since 2012, the start of the anti-corruption campaign,” says Liz Flora, editor-in-chief of Jing Daily, a website covering the luxury industry in China. She adds that the crash “throws a new wrench into the system, and brands are worried it will create even more problems in terms of consumer confidence”.

At the Gucci store at the IAPM shopping centre on Huaihai Road in Shanghai on Friday, there were no customers. It is the largest Gucci store in China; on its two floors, sales staff were chatting to each other and two lingered by the entrance, ready to pounce on anyone walking in.

Many luxury brands have outlets in the IAPM centre, one of Shanghai’s most prestigious addresses. In the Prada store there were a few customers looking at bags but they were outnumbered by staff by two to one. In contrast, the shopping centre itself was buzzing, with many people strolling around, and the food court was doing brisk business.

Mr Kong and Mrs Li were walking around leisurely having a chat. They were in the mall “to take a walk”, said Mrs Li. “I don’t buy designer goods but my daughter does.” Wang Cheng was heading to the Nike store and said he didn’t think most people were there to shop. “Most are here for the air conditioning,” he laughed: temperatures this summer have hit almost 40C.