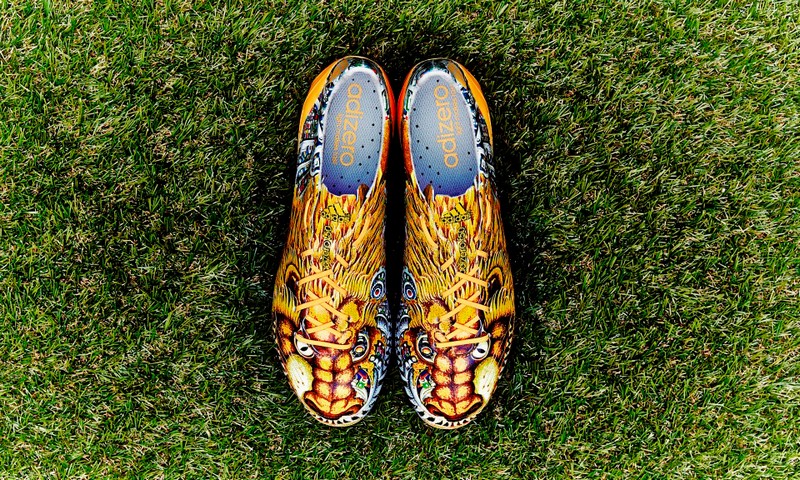 This article titled “Is collaboration in fashion the new black?” was written by Ana Andjelic, for theguardian.com on Tuesday 19th January 2016 11.05 UTC

If you happen to be into space travel, you may have an additional reason to anticipate the long-awaited first trip of Virgin Galactic. On 15 January the company announced that its space flight pilots will be clad head to toe in Y-3, a fashion label with a cult-like following, created by revered Japanese designer Yohji Yamamoto and Adidas.

Innovative as it may sound, this sort of collaboration is not uncommon and represents a little more than smart marketing and promotion. Companies, usually those with considerable cultural clout of their own, amplify it by partnering with each other.

The on-demand economy forces us to look at fashion collaboration beyond capsule collections and product design partnerships. Faced with discerning customers seeking immediate, personalised and intuitive service, fashion players have little choice but to team up. In order to deliver seamless omni-channel experiences that today’s consumers expect, they are on the hunt for partners to collaborate with across their entire value chain, from production to point of sale.

Today, fashion companies’ competitiveness depends on who they collaborate with. Smart brands already do this. Tesla, a new status symbol among conscientious affluents, famously released its battery patents for open-source use. And Patagonia has opened its Yulex wetsuit biorubber formula to the rest of the surf industry. The logic behind these moves is to serve customers better, but also to make the market bigger. When the volume of production goes up, prices decrease, and more consumers choose to drive a Tesla or own a Yulex wetsuit.

US beauty brands Julep and Glossier grew fast by staying close to their customers – so close, in fact, that the products they are creating are informed by blog and Instagram comments. Glossier grew out of the beauty blog of its founder, Emily Weiss, who, instead of curating the best beauty products created by others, decided to make her own. Glossier is the result of years of learning what the beauty community really wants.

Other business collaborations spring out of the need for scale. Warby Parker, an online eyeglasses and sunglasses manufacturer, built its business by cutting off the distribution middleman. But growth pressures spurred Warby Parker to add multiple physical stores and expand into distributed commerce. Now, the US brand is collaborating with American retailer Nordstrom, which has 323 stores across the US and Canada, and generated $13.1bn (£9.17bn) in sales in 2014.

Online luxury fashion marketplace Farfetch collaborates closely with both its 300 boutiques and the high-end mono-brands it features on its site. The latest Farfetch venture is providing e-commerce infrastructure for luxury fashion brands, who may or may not offer their products for sale on its platform. Farfetch is also building the Store of the Future, a test-and-learn retail playground in the notable London boutique Browns, which it now owns. It is hard to tell who Farfetch competes with nowadays, but that is increasingly irrelevant. The critical aspect of this company’s diversification of revenue streams is that it makes the fashion market bigger.

Harper’s Bazaar does a similar thing by providing direct purchase options on its ShopBazaar website, effectively turning itself into a retail distribution channel. Net-a-Porter’s The Edit and Barney’s The Window, moved in the opposite direction, creating magazine-format inspiration for items that can be found in their online and offline stores. Fashion brands and publishers increasingly provide the same thing: an immediate, frictionless connection between consumers and the products they covet.

In a world where it’s harder than ever to attract and retain shoppers, the most sustainable version of business success is to work with those who serve the same customers as you. So far, superior service and seamless experiences have proved to be a winning bet in the modern fashion game. In delivering them, there is nothing better than collaboration.

To get weekly news analysis, job alerts and event notifications direct to your inbox, sign up free for Media & Tech Network membership.

All Guardian Media & Tech Network content is editorially independent except for pieces labelled “Brought to you by” – find out more here.