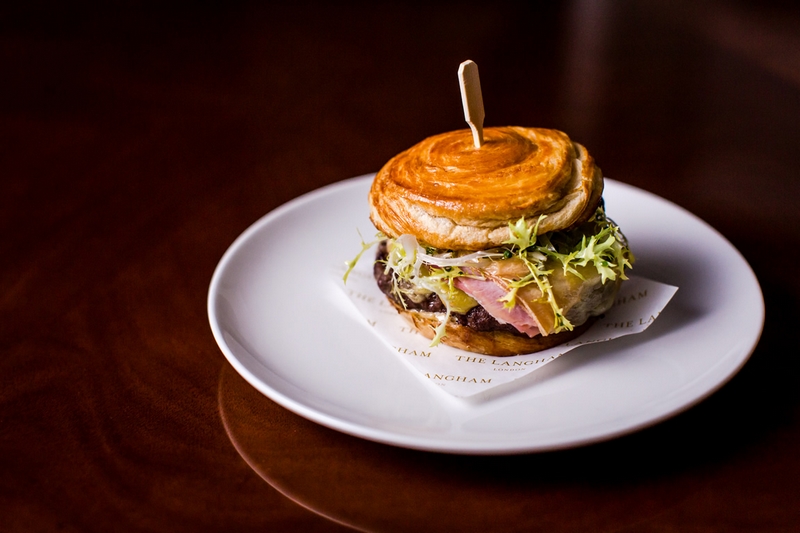 A decade ago, grabbing a burger was a quick fix, something we did when we were short of cash, time or imagination. For modern diners, going for a burger is a quest. A quest for excellence: gastronomic, ethical and aesthetic excellence. In cities around the globe, dishes that would once have been termed fast food – pizza, grilled cheese sandwiches, tacos and hot dogs – are being taken as an art form, with fiercely loyal cult followings on social media and five-star newspaper reviews by food critics previously accustomed to starchy tablecloths and foamy, fiddly haute cuisine offerings. On Twitter and other social media platforms, diners furiously debate the merits of a Bleecker burger over a Patty & Bun burger; on the Mexican front, Breddos and DF Mexico vie for the crown of best tacos in London, and the gloves are off between devotees of Pizza Pilgrims and Franco Manca.

This is the golden age of flash food – poshed-up fast food – when the most sought-after meals around the UK are sophisticated versions of simple staples.

“I think haute cuisine has been put in its place,” says chef Gizzi Erskine, author of Slow: Food Worth Taking Time Over. “We now take comfort in simple dishes that mean something to us, that may have been pushed to another level from technique and ingredients. Plus, we care much more about the ingredients – provenance, breed and how things are farmed – so there’s a new understanding that a great piece of meat cooked simply is enough.”

A menu is one of the most telling barometers of any society, indicating our shifting aspirations, economic circumstances, ethical and health preoccupations and how we choose to socialise. “This is definitely a sociological trend as much as about food tastes,” says Damien Gabet, editor of Square Meal magazine. “It’s no longer cool to shout about that Michelin-starred meal you ate off starched tablecloths, but there’s cultural capital to be gained from going out and Instagramming a meal from the most hyped food truck in town.”

Social media has significantly fuelled the trend for superlative versions of simple dishes. “Fine-dining fare doesn’t actually photograph that well and generally looks fussy and drab,” says Gabet. “Whereas, dishes such as tacos and burgers have distinct outlines and vibrant colours.”

In London, few figures have done more to champion affordable new restaurants, informal supper clubs and food trucks than Clerkenwell Boy, an anonymous food influencer with close to 200,000 followers on Instagram (@Clerkenwell_Boy). “I started Instagramming to try and make food more accessible and less elitist,” he says. “Because, while there is a place for special-occasion fine-dining, on a Tuesday night with friends, we generally want affordable but delicious meals served family-style, in a no-frills setting but with relaxed and friendly service.”

As Trish Caddy, Mintel’s senior foodservice analyst, puts it: “Millennials – the generation most likely to consider themselves as ‘foodies’ – have developed an acquired taste for artisanal flavours such as dry-aged meats and smoked cheese, partly out of a desire for visceral, intense experiences that stimulate their senses.”

And although consumers are increasingly health-conscious, there’s also been a shift in what we consider an “unhealthy” meal. Burgers and pizzas are no longer demonised; there’s a new understanding that excessive sugar, sweeteners, additives and heavy processing are the real culprits in poor health and obesity.

“So, instead of eating low-quality processed meats such as fatty pepperoni and sausages, millennials are seeking out functional ingredients like fermented foods that tap into the ongoing gut-friendly food trend,” says Caddy. “For example, sourdough pizzas, which feature purported health benefits that come from the fermentation process, have a distinctive sourness compared to ordinary pizza bread dough. This suits millennials, who have grown accustomed to food with intensive flavours as well as health benefits.”

And if diners are rediscovering simple pleasures, the good news is that these dishes are also immensely satisfying to prepare. “Cooking should be about everything from sourcing great ingredients to the therapeutic rituals of breaking down the recipes,” says Erskine. “And everyone should be able to eat, and cook, this way.”

The Curiosity Rooms events take place at 55 Regent Street from 15 November to 16 December 2018. During opening hours, the space is always free to explore. Booking is only required for special scheduled events. Find out more at events.withgoogle.com/curiosityrooms/