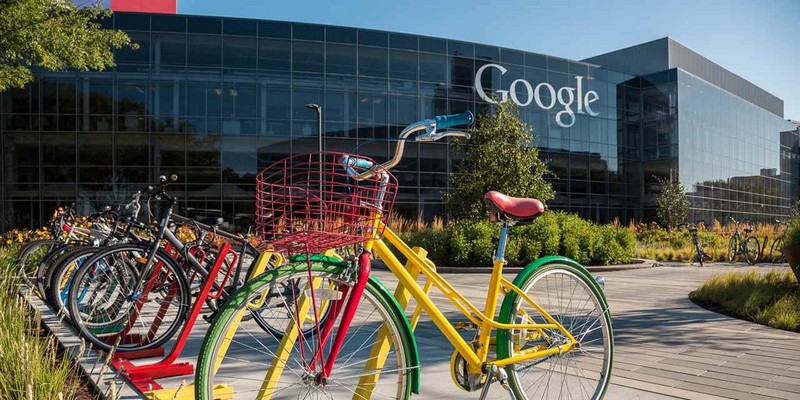 In Silicon Valley, an open house can be more than an open house. At a six-bedroom, seven-bath home in the town of Menlo Park, a flamenco dancer swirled and a guitarist fingerpicked in a kitchen alcove. Outside, pesto pizza was pulled from the pizza oven. A face painter splotched unicorns on pudgy cheeks. A barista whipped up lattes. There were squishy toys for kids and videos of the house for potential homebuyers, who could keep the video-players.

“We mailed brochures to 5,000 homes, including one entirely in Mandarin,” said Michael Repka, CEO of DeLeon Realty, who padded around the house, along with everyone else, in booties, so as not to scratch the wood floors. Three days later, the Flamenco dancing paid off. The house sold for $6.82m, which was $332,000 above the asking price.

Sales like this may be a harbinger. As the tech companies Uber, Airbnb, Lyft and Pinterest prepare to go public, thousands more instant millionaires are expected flood the market in San Francisco and Silicon Valley. All the while, the middle class and working poor are scrambling for shelter.

IPO talk is bringing “a resurgence of buyers’ confidence into the market”, said Judy Citron, one of the top realtors in the region.

In nearby Atherton, couples and families recently wandered through an open house for a $26.5m mansion – down from $32m – with an elevator, theater, pool, massage room, six bedrooms and 11 baths. In the master bathroom, a young man in tech support and his wife, a receptionist, danced to 80s pop in front of the mirror. They were there not to buy but to be dazzled.

Half the world’s tech billionaires live in Silicon Valley. The culture they created has “distortions that are very analogous to the industrial revolution,” said Cary McClelland, author of the new book Silicon City: San Francisco in the Long Shadow of the Valley. The Zuckerbergs and Musks are today’s Carnegies and Rockefellers. And the low-wage drivers at Lyft and Uber are the factory workers “who worked unprotected, from dawn to dusk”, he said.

“This area may have the greatest concentration of wealth in human history,” said Lenny Siegel, the former mayor of Mountain View, whose house is valued at $2.5m. He purchased it 40 years ago for $112,000.

Many in his boots would be happy, but he is not. There is no longer any room for teachers, medical technicians, firefighters or construction workers, who may drive two or more hours and sleep in their cars for an hour before work to avoid longer commutes. “It’s not sustainable,” he said.

Renting a bed in a van here costs between $500 and $900 a month, said Maria Marroquin, executive director of the Day Workers’ Center in Mountain View. Gardeners, cleaning people, babysitters and dog walkers cram into small apartments, sometimes 12 in two bedrooms, according to Marroquin.

In East Palo Alto, once a low-income community where many people of color lived, the median price of homes is $953,000. The school district has reported that more than half of its students are homeless, and some teachers commute more than two hours each way because they cannot find affordable local housing.

The IPO crowd will not be entering a world of showy McMansions. It’s true that in the town of Atherton, there are gated monumental houses built on lots of at least one acre. But many tech titans prefer living in nearby Menlo Park and Palo Alto, which provide a semblance of normalcy. There are sidewalks where people can walk to town. Children bike to school.

Brian Acton, the WhatsApp co-founder who is worth $3.6bn, lives in a house that might have been plucked from any middle-class suburb. The tidy home of the Yahoo co-founder David Filo could belong to two English literature professors. Who knows what Mark Zuckerberg’s house looks like? It is hidden behind a tall hedge.

Black security vans, like magnolia trees, are part of the setting. In the orange trees in front of Laurene Powell Jobs’ storybook house, which she shared with her late husband Steve Jobs, birds’-nest-sized cameras are perched on branches.

Billionaires of Silicon Valley play real-life monopoly, buying up houses on their blocks and down the street for family, staff, art collections, or to hold political and philanthropic events.

Related: Silicon Valley is erecting a monument to itself. Will it be a giant robo-phallus? | James Felton

Zuckerberg’s people, for instance, knocked on doors in his neighborhood and offered “well over the fair market value of the house, some would argue at double the value”, said Repka of DeLeon Reality, which did over $800m in sales last year. “He did it as a privacy buffer around his house.”

Some neighbors perceive a grating sense of entitlement. When the former Yahoo CEO Marissa Mayer throws a party at her Palo Alto house for hundreds of guests, residents brace for the delivery trucks, caterers, decorators, electricians, and valets. At Mayer’s annual Christmas party, a generator the size of a shipping container buzzes for days to maintain her ice skating rink.

Victor Ojakian, the former mayor of Palo Alto who lives across the street, called Mayer’s behavior “bizarre” and said: “It’s done in a way that says, ‘I should be able to do whatever I want.’”

Even before the latest batch of IPOs, thousands of residents a year have been fleeing the valley for less expensive areas such as Sacramento. For the vast majority of the workforce, “single-family homes have become untouchable”, said the prominent urban planner Peter Calthorpe, who grew up in Palo Alto.

Ken Byk, a resident and businessman, has witnessed what he calls the “mindboggling” transformation. “What’s this going to mean for future communities, if only totally affluent, young people can afford to move in?”