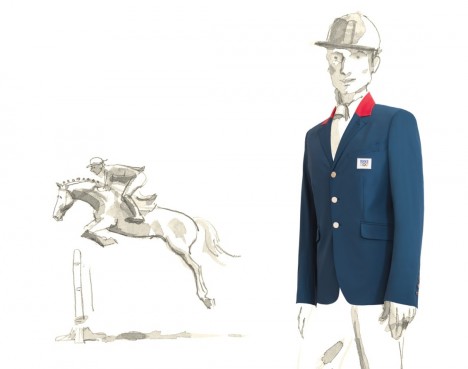 The French players will wear navy, blazer-style jackets, featuring red lapels. In order to move comfortably, the Hermes’ equipment is made of a flexible high-tech fabric.

“Hermes had already dressed the French cavalry during the Atlanta Olympic Games in 1996 and it seemed interesting to renew this partnership,” said Fabrice Crespel, Sales Manager Europe and Public Relations Equestrian at Hermès. “After a first trial presented at the Saut Hermès, the jacket was then adjusted based on the feedback from riders.”