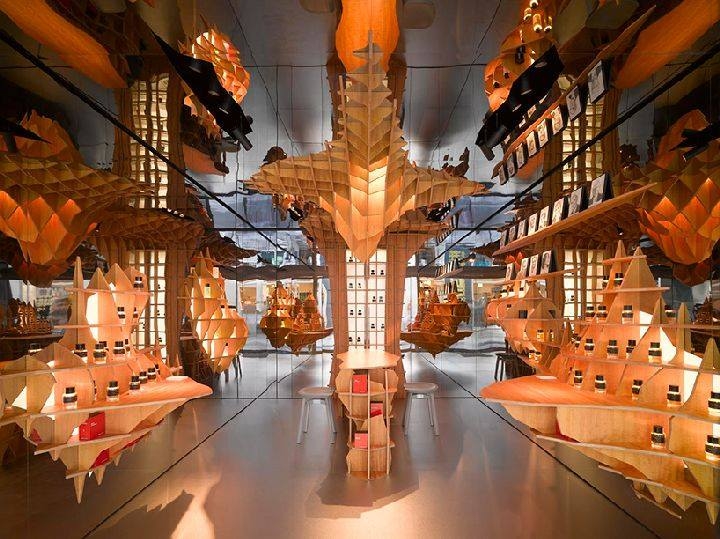 “The result is a space to sit, gaze, speak and be heard.”

“As someone who loves working with perfumers, like an editor at a publishing house, I immediately sensed – with the help of these great architects – that together we’d invent a new way to display our collections,” explained Frédéric Malle. 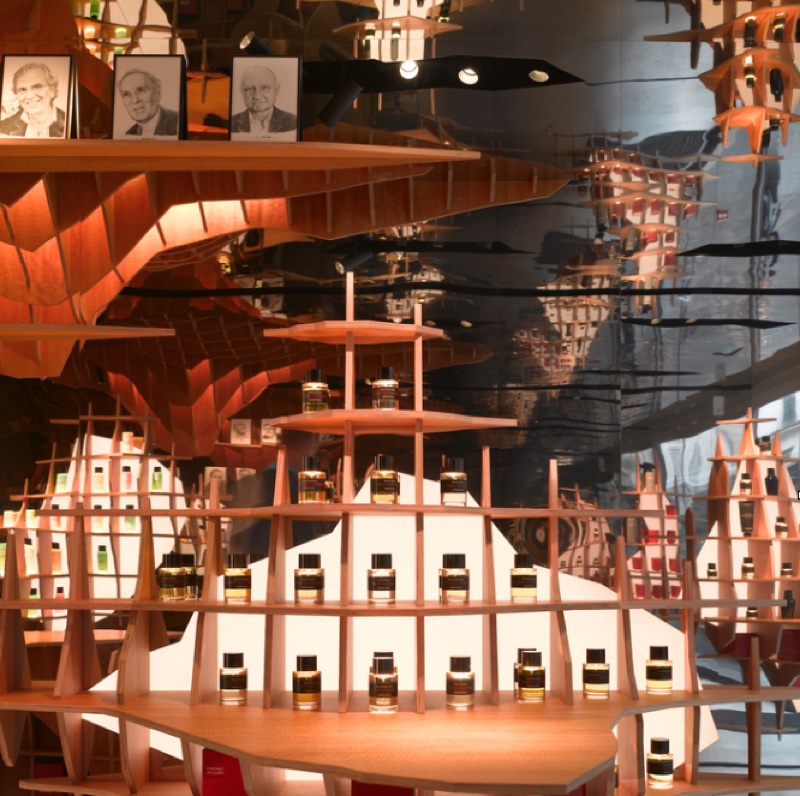 “Jakob + Macfarlane understood this perfectly. Their project envisioned a sort of box, slipped within the existing shell of a historic building in the Marais. Its interior resembles a carefully sculpted, three-dimensional grid, from which a series of mysterious islands — elements that become shelves, tables and refrigerated cabinets — emerge.”

Frédéric Malle introduced Editions de Parfums in 2000, a completely novel concept whereby the world’s greatest noses composed exclusive, creative fragrances to be sold under their names. In an era in which most companies value intensely marketed brand names, Malle draws attention back to the product itself: namely perfume. Through a simple “back to basics” approach, Editions de Parfums is challenging all prevailing trends. 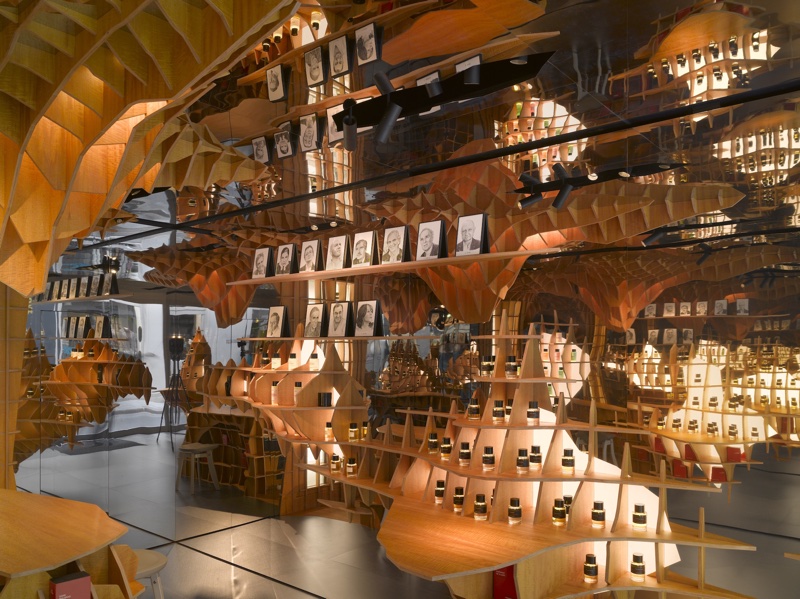 Frédéric Malle grew up immersed in the world of perfumery; his grandfather, Serge Heftler-Louiche, was most notably the founder of Parfums Christian Dior. Malle began his career in 1988 at Roure Bertrand Dupont, the prestigious perfume laboratory. Over the years, he acquired a deep knowledge of the raw materials used in the composition of perfumes, as well as a strong sense of olfactive balance. He is an “evaluator,” the professional term that defines a specialist whose deep understanding of fragrance structure and accords enables him to critique a perfume’s composition. 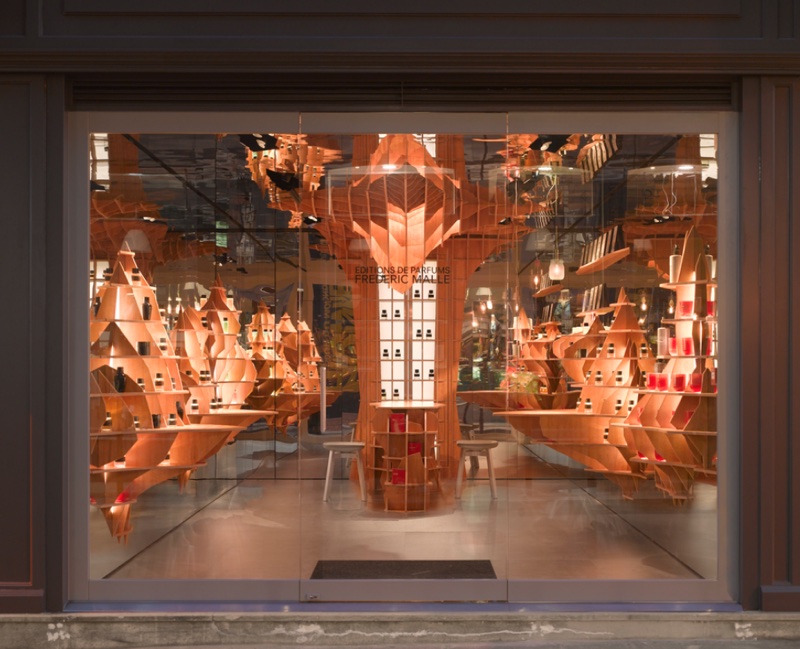 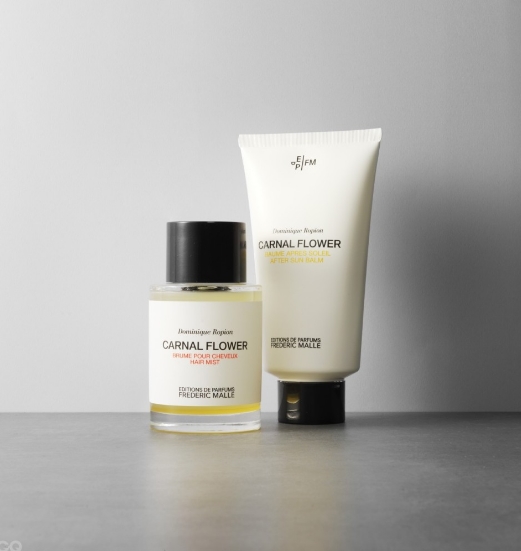 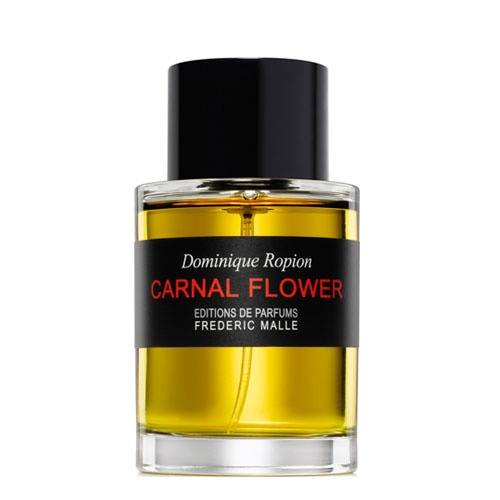 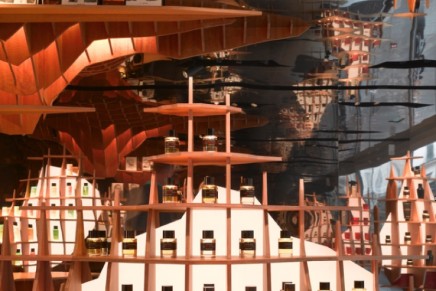 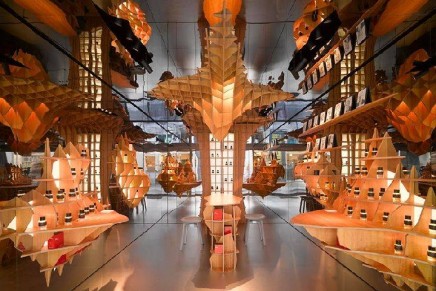 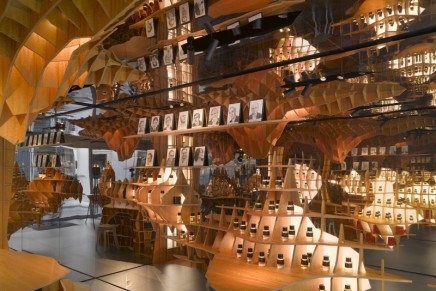 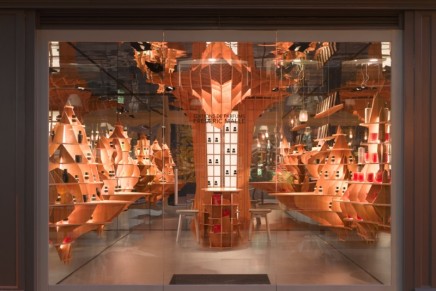 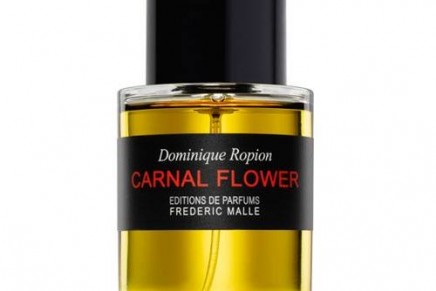