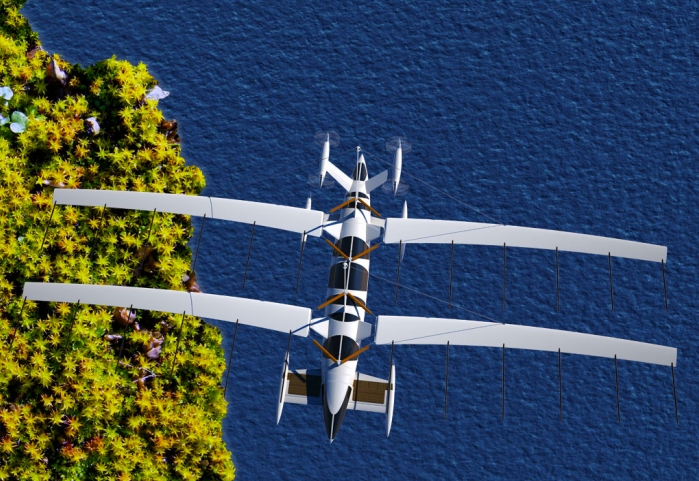 The latest Octuri aircraft concept include a flying yacht, a seaplane-convertible trimaran sailing yacht. It was designed for the princes Aziz, Dawood & Hashim, corporate executives of the “Masqat Airways” air transport company, and allows them to enjoy sailing along the Omani coastline with its 600-km range in the plane version. Four dual propellers “Nissen & Brasseur” powerhead engines are taking care of the propulsion in Plane mode.

The sailing yacht has four mobile masts that can be transformed into a plane. The sails are retracted and the four masts are lowered to become wings.

The yacht has two main decks, a half-deck in the aft and another half-deck in the fore for the cockpit. The lower deck features a main room, a kitchen, a toilet and a storage room. The main room’s floor is above the sea level, so that the windows can be just above the boat’s waterline.