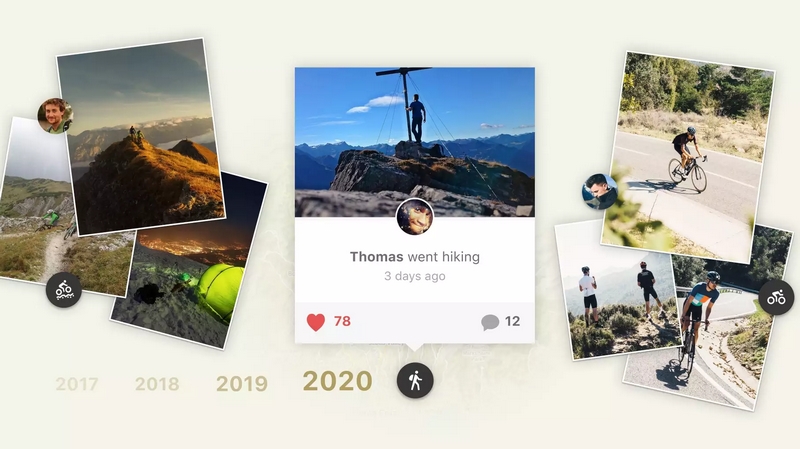 This article titled “Five of the best online mapping apps” was written by Carey Davies, for theguardian.com on Monday 4th May 2020 09.00 UTC

Sprawling an unwieldy and mug-stained Ordnance Survey sheet across a kitchen table to plan a walk is one of life’s great joys. But while poring over a paper map will always have its place, today there is a large and rapidly growing array of sophisticated digital tools to help with the business of planning hikes – a good way of sating wanderlust until the lockdown lifts.

Here are some of the options. If you’ve never used an online mapping tool before, their interfaces take varying degrees of getting to grips with. All, however, share a similar system: you plot a dot-to-dot route using waypoints and the app automatically generates information on the route (distance, elevation, and sometimes duration). Many of the apps described here can also be used as navigation aids when actually on the walk, although any digital tool should only be used a supplement to – not as a replacement for – being able to navigate with a paper map and compass.

Best for general hiking and hillwalking
Works with iOS, Android, web
With the weight of Ordnance Survey (Britain’s national mapping agency) behind it this will be all many walkers need. The free, registered version provides access to Britain-wide basic mapping, plus the ability to create, print and share routes with other users. The app works in conjunction with a web version, so you can pore over the maps and routes on a large screen, which is a lot easier than trying to fiddle around with them on your phone. With a route ready to go, you can then follow it with your phone’s GPS (but please note the disclaimer above), with an arrow showing your location on the map. A £29.99 annual subscription unlocks Explorer and Landranger mapping, plus other gimmicky – but undeniably fun – features, such as 3D walk flythroughs and augmented reality showing local hill names and landmarks.
• ordnancesurvey.co.uk

Best for more challenging hillwalking and trekking overseas
Works with iOS, Android, web, Apple Watch, Wear OS
Viewranger can be seen as a beefed-up alternative to OS Maps (albeit with a clunkier interface), offering many of the same features – alongside extra ones that more “committed” walkers tend to appreciate. As well as Ordnance Survey, Viewranger offers digital versions of more specialist walking maps, such as Harvey, and it’s possible to buy and use top-quality mapping abroad (remember abroad?). A £4.99 annual subscription unlocks functions including automatic route generation – which makes plotting routes on paths easier – plus live tracking and augmented reality (including a feature that brings up virtual arrows showing your route in the real world). For £24.99 you can get Ordnance Survey map coverage across Britain.
• viewranger.com

Best for country rambling
Works with iOS, Android, web
This is a handy app if you’re looking for “off the shelf” walks in a particular area. As with other apps here, AllTrails makes it possible to create and follow your own routes. However, its main selling point is the easily browsable collection (5,889 in England alone) of curated walks. Enter a location and it provides a selection of ready-made routes nearby, each with at-a-glance information such as map, description, difficulty level, useful attributes (eg dog-friendly), even a weather forecast – plus features including Google Maps directions to the walk start. The lack of Ordnance Survey mapping is a downside, though what’s available is fine for most rambling.
• alltrails.com

Best for easily planning a route
Works with iOS only
This is a great app for creating a walking route with minimal fuss. It costs £4.99 but its streamlined interface – which is far more intuitive than any other app of its kind – makes route-plotting a breeze. It works with OpenStreetMap, a worldwide open-source map, which is less detailed than Ordnance Survey, but fine for rambling. It is also possible to import and archive gpx files (the standard file format for hiking routes). The catch is it only works with iOS.
• mapout.app

Best for sharing routes with other people
Works with iOS, Android, web, Apple Watch, Samsung Gear, Wahoo, Garmin
Komoot’s main claim is to take the effort out of planning a ride, run or hike. Enter start and finish points and it works out a route for you, along roads, paths and trails – like a car GPS. This is similar to the automatic route-finding features found in other apps, though there is also a surprisingly detailed description of the difficulty and the underfoot terrain. The app has nice community elements, such as users being able to pin “highlights”’ on the map for others to see. Ordnance Survey maps aren’t available, but the mapping provided is usable for rambling and country walking.
• komoot.com