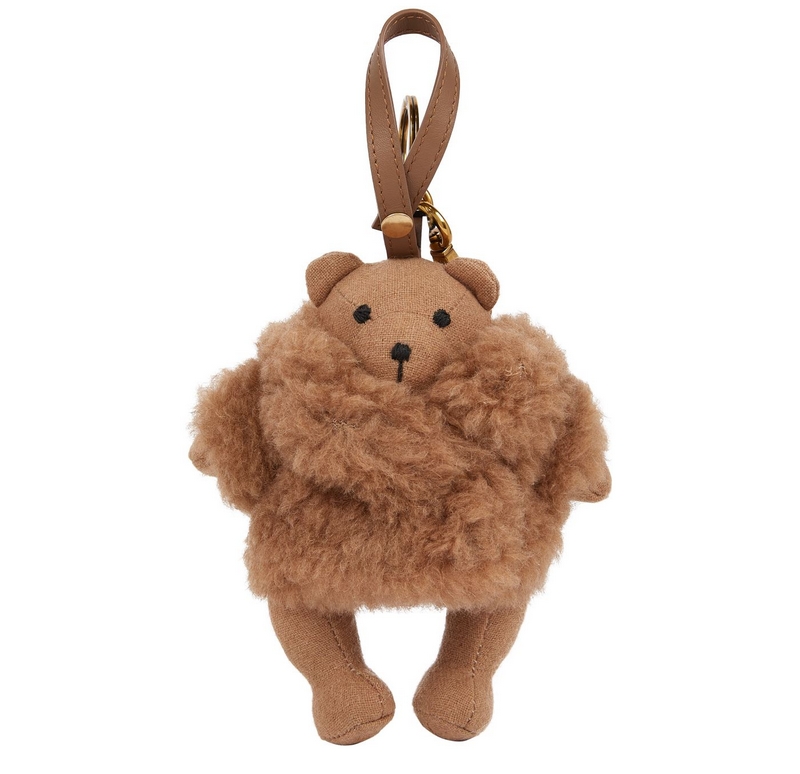 This article titled “Why the fashion crowd loves a teddy bear coat” was written by Rebecca Gonsalves, for theguardian.com on Tuesday 19th November 2019 14.30 UTC

At the turn of the 20th century, the motor car was brand new technology and thus the preserve of the wealthy elite. Undeterred by the lack of roof or heating systems, those early adopters needed a whole category of driving clothes and accessories in order to assuage the open to the elements factor. Goggles and leather gauntlet gloves were a necessity, as was a warm coat. Made from alpaca hair woven on to a cotton base, the teddy bear coat was undeniably cosy and soon became the favoured style for its plush, fur-like feel that was surprisingly light and unrestrictive.

The teddy bear wasn’t confined to cars for long, becoming a signifier of wealth and glamour as well as a practical option adopted by some of the most influential people of their time. Salvador Dali wore his for the transatlantic boat journey that brought him to New York in 1936. In the 1950s, an octogenarian Winston Churchill kept warm while driving around in his custom-built open-top Land Rover, while London dandy Mick Jagger favoured the style in the 1960s and 1970s.

Despite such high-profile devotees, the teddy bear coat fell out of favour gradually, being replaced by fleece, shearling and – notably during the excesses of the 1980s – real fur. That was all set to change, though, thanks to an Italian fashion brand and its British designer.

The February of 2013 was a bitterly cold one in Milan, where the fashion industry had gathered to view the AW13 collections. It was here that Ian Griffiths, the creative director of Max Mara, first put a teddy bear spin on the brand’s signature camel coat. Griffiths not only reworked it in a fuzzy finish but displayed it in short and midi lengths, working with oversized proportions and layering it over yet more rich caramel tones.

Cosy, casual, comfortable – it was instantly covetable. As proven by influential Parisian editor Carine Roitfeld, who borrowed the biggest, fluffiest coat straight from backstage and proceeded to wear it for the next three days, accessorising it with bare legs, curve-heeled court shoes and not much else.

This was before the beleaguered concept of see now, buy now was rolled out then largely rolled back in again, so to wear something straight from the catwalk was an ultimate power move. Wearing the same item over and over again was unheard of in the days when street style photography meant that what editors wore was just as influential as the collections they were there to view. Roitfeld certainly caused a stir among the international editors who had meticulously planned their multiple looks without a thought for their baggage allowance.

Anyone who’s been up close with a Max Mara teddy bear coat can understand Roitfeld’s reluctance to be parted from hers. It is perhaps the platonic ideal of a winter coat: it provides warmth without weight, it’s soft rather than stiff and it is sufficiently glamorous for evening wear yet can be thrown over anything from a T-shirt and jeans to tailoring. Little wonder that luxury retailers report that new shipments sell out in days despite the not-insignificant price tag.

Now an icon of its own, Max Mara’s teddy bear coat has undergone its own style evolution, updated in vibrant shades and with a tweaked silhouette. Whether in classic camel or an alternative hue, the flattering oversized proportions and easy on-the-go glamour have been eagerly adopted by some of the best-dressed women in the world, including supermodels Heidi Klum and Rosie Huntington-Whiteley and Instagram’s director of fashion partnerships, Eva Chen, all of whom seem completely at ease when enveloped in that reassuringly soft fuzz. Because, much like our childhood, when teddy bears were used to cheer away tears all those years ago, the true beauty of the coat version is that it provides comfort in this era of anxiety.

Bearing gifts
This Christmas, Max Mara combines the nostalgic magic of a beloved bear with the joy of the holiday season. Just in time for the most magical part of the year, Max Mara will undergo a total teddy takeover that sees new mascot #MaxTheTeddy take centre stage, starring in everything from an interactive online tour of the #MaxMaraBearingGifts Factory to a pop-up at Harrods.

To see what all the fuzz is about and be part of the teddy takeover, visit maxmara.com