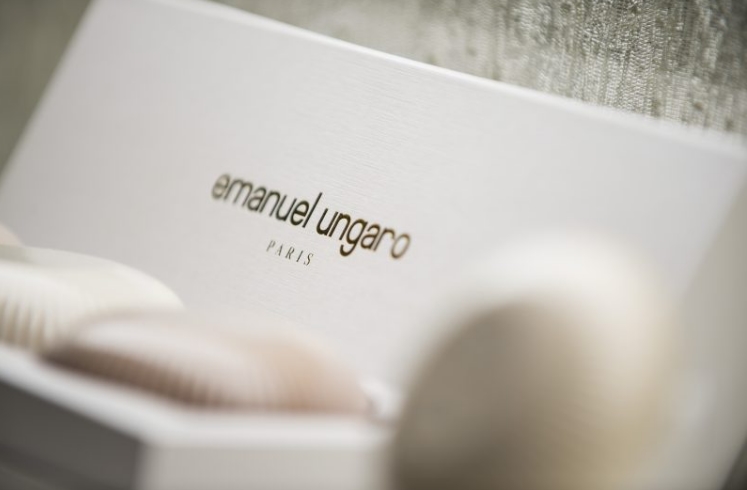 This article titled “Emanuel Ungaro obituary” was written by Veronica Horwell, for The Guardian on Wednesday 25th December 2019 13.03 UTC

Emanuel Ungaro, who has died aged 86, sustained a proper couture house, and quality ready to wear, for more than 30 years without major outside finance, or annexation by a luxury conglomerate. That was against the trend of the late 20th-century fashion business and left him the last independent in Paris.

From 1965 to 2004 his collections had steadily showcased remarkable textiles – he was always fabric-led, interested from the start in exploring experimental novelties coming off the loom or print-roller.

He had worked six years for the couturier Cristóbal Balenciaga, who sculpted clothes out of powerful materials and then a season with Balenciaga’s disciple André Courrèges. By the 1960s, Ungaro and Courrèges were both pursuing new fabrics that would allow them to cut young, short, narrow clothes, still sculpted like their master’s, but far less imperially grand – hard gabardines to make perfect tailored carapaces from which youthful legs stuck out, and for Ungaro, lighter patterned fabrics as original as those from the 20s.

Since his only finance for his first show in 1965, in a small crowded Paris apartment, was a loan collateralised against a girlfriend’s car, and his staff was four seamstresses poached from Balenciaga, the collection had just 17 pieces, none of them evening wear. He philosophised that party frocks were not what women wanted at the time and anyway he did not have the costly stuffs or the hands or space to create them in his tiny studio.

Ungaro’s design choices, especially in textiles, were never as abstract or cerebral as those of his tutor Courrèges; he responded to surface decoration, and with the help of the artist Sonja Knapp, who initially designed for him fabrics woven by the radical Italian firm Nattier, Ungaro slowly became a name in 60s Paris. There was always a flash of the Mediterranean and its brilliant cloths about his styling, although constrained by the discipline of Balenciaga training.

The knowledge of and delight in clothes-making was inherited. His tailor father Cosimo, and his mother, both from Puglia, were anti-fascists who left Mussolini’s Italy for exile in Aix-en-Provence, where Ungaro was born.

At the age of three he was given a sewing machine as a toy, and after several teenage years in and out of sanatoriums because of tuberculosis (he read widely in lieu of formal education), he worked for his father, just as strict and dedicated as Balenciaga, until fashion magazines enticed him to Paris in his early 20s. He arrived with a couple of changes of clothes and no money, finding a first job at tailors Maison Camps before being recruited by his friend Courrèges to Balenciaga in 1958.

Lack of funding shaped his own business. In 1968, he added ready-to-wear, sold at first from his salon on the Avenue Montaigne, then distributed in the US and Japan, for a reliable revenue stream to help support his couture without pursuing the licensing deals that had become standard for couturiers. He profited only from what his house directly made, not from selling the name to producers whose output quality he could not control.

He once told the Guardian’s Charlie Porter “the moment you have no money, you have to work,” which he did, very hard. “I lived for years in a small studio. I had no luxury habits, and I bought my first car, a Mini, when I was 40.”

For a long time, this industrious modesty paid off. Ungaro softened his cut in the late 60s, just as textile houses in Italy and France began to issue novel ranges of co-ordinated fabrics, especially light printed goods, meant to be worn together.

Ungaro’s mixes of fabrics were the very best, fresh and young without being absurd or cute, and he attracted celebrity customers of ruthless good taste including Jacqueline Kennedy Onassis, Catherine Deneuve and Isabelle Adjani. He had further success in the 80s with using luxurious silks the same way; Ungaro was a gently draped alternative to the decade’s taffeta crinolines, brutal shoulders, or the puffball daftness of fellow Provençal Christian Lacroix, whom he influenced. Ungaro did go as far into the new world of marketing as to produce perfumes from 1983.

But as the big names sold out to conglomerates by the mid-90s, it became harder to remain independent; just one indifferent collection could mean going broke. Ungaro finally compromised by selling a majority stake in 1996 to the Italian Ferragamo company in the hope it would produce lines of Ungaro shoes and bags to underwrite his business. This never quite happened, but Ferragamo respected his craft and he stayed as president and chief creator, setting up as successor Giambattista Valli, who came in 1998 from the equally sympathetic-to-women label Krizia.

For six years they worked together attracting another generation, including Sarah Jessica Parker, Jennifer Lopez and Britney Spears (Ungaro had to ask Valli who she was), who liked his precise and flattering clothes, even if they wore them with jeans and trainers. Ungaro opened new international stores.

The revival ended in 2004 when Valli left after a dispute with Ungaro’s wife and communications director, Laura (nee Bernabei), whom he had married in 1988. The next year Ungaro sold his remaining stake to the venture capitalist Asim Abdullah for $84m and retired. He had so wanted to leave a living house with a future to a known creative director, but that no longer happened in couture.

“When we gave up our houses, we gave up our souls,” he said during the sequence of mishires and stunts that followed his exit, culminating in a Lindsay Lohan-advised season of sequinned nipple tassels.

He is survived by Laura and their daughter, Cosima.