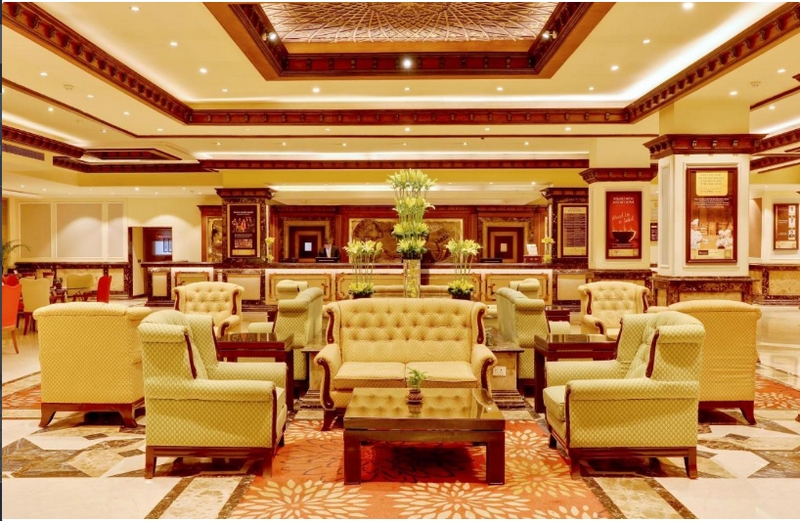 This article titled “Delhi to transform 25 luxury hotels into Covid-19 care centres” was written by Amrit Dhillon in Delhi, for The Guardian on Monday 22nd June 2020 02.00 UTC

Staff at luxury hotels in Delhi are to start welcoming guests not with traditional garlands but with a medical gown.

Amid growing concerns that there are not enough hospital beds to cope with the rising number of cases, the Delhi government has become the first in the country to requisition its hotels. Starting this week, 25 establishments will be repurposed as emergency Covid-19 care centres for patients with mild to moderate symptoms. In a sign of how overwhelmed medical staff are becoming, hotel employees are being trained in case they have to administer some of the care.

Some employees have suggested they feel unable to decline the new role, despite having major reservations. Hotel staff are anxious about the prospect of transforming their hospitality skills into hospital care. When Kannu Sharma, who usually trains hospital support staff, began training 75 employees in the Suryaa hotel ballroom last week, all he could see was row upon row of terrified eyes staring out at him above face masks.

Related: Mumbai discovers life isn’t so sweet without the workers it once ignored

“They are frightened about their safety, about taking the virus back to their families and whether they can cope with the stringent sanitisation and disposal of biomedical waste,” said Sharma.

It was only when he reminded them that doctors and nurses would always be around – in case they struggle with putting on the PPE or forget how to categorise the waste – that the tension in the room dissipated.

Each hotel will be linked with the nearest Covid-19 hospital. Sharma works at Holy Family hospital, just a few metres away from the Suryaa. The hospital is identifying the medical team that will work at the hotel.

Every day, new stories emerge about hospitals turning patients away. City authorities urgently need to add more beds to the current total of about 9,000.

Delhi’s chief minister, Arvind Kejriwal, has predicted that the capital needs 150,000 beds by the end of July, when cases are estimated to rise to half a million. Even if another 15,000 beds can be used in hotels and banquet halls, the city will still be short but he believes that at least it will relieve the pressure on hospitals by allowing them to focus on serious cases.

The learning curve for hotel staff will be steep. Sharma has told Suryaa housekeeping staff that bed linen, including mattresses, must be treated with special chemicals before a normal laundry service and then left to dry in the sun for three hours.

When a nurse accompanying Sharma demonstrated how to put on PPE, the fearful eyes in the room widened further. “I’m sure I will put the PPE on wrong and leave myself exposed to the virus in some way,” said an employee who did not wish to be named.

She envies colleagues who are over 50 and therefore exempted from the hospital work by the hotel management. “This isn’t what I signed up for when I spent three years on a hospitality degree,” she said.

Much work lies ahead to get the hotels fully operational. Hotel elevators are not big enough to take stretchers or gurneys. Air-conditioning systems have to be adapted. Halls that are carpeted for acoustic reasons will need to be stripped. Rooms are not equipped for oxygen, monitoring machines, or call bells. Extreme sanitation protocols will have to be put in place in every single area. Systems are needed for the disposal of biomedical waste.

The hotel’s management team has opposed the government scheme. “Our biggest concern was for our employees,” Greesh Bindra, vice-president of operations, told the Times of India. “These people have not been trained in medicine or disaster management, so they had a lot of questions.”

Whether hotel staff will actually have to chip in with medical duties remains unclear. Dr Girish Tyagi, president of the Delhi Medical Association, said hospitals could easily train staff to check temperature and oxygen levels and to identify when patients need to be transferred to hospital.

“In these unusual times we have to be innovative to cope with the surge in cases and, anyway, hotel employees will work under the medical teams’ supervision,” said Tyagi.

For others, however, it is a given that medical duties can only be performed by doctors and nurses. “I’m not having someone from housekeeping giving me medication or putting me on a drip! It’s got to be medical staff otherwise I’m not going into any hotel,” said Mansi Kalra, a shop assistant at a nearby chemist.

Hotel owners and management, already reeling from huge losses, are privately fuming, particularly as they were not consulted by the government on the decision to turn their facilities into hospitals or the 5,000 rupee (£53) per night tariff, inclusive of all meals, that has been fixed by the government.

Manav Thadani, a hotel industry consultant, said no other city in India and no government anywhere in the world had commandeered hotels for this purpose. Hotels forced to reopen as Covid-19 centres would run up higher utility and salary bills, along with extra costs such as PPE suits.

“Hotels will be spending more and not getting enough back,” he said. “The tariff should have been higher and perhaps the government could have subsidised it. Or at least offer tax or licence-fee waivers. Instead there is nothing so the industry has to brace itself for further losses.”