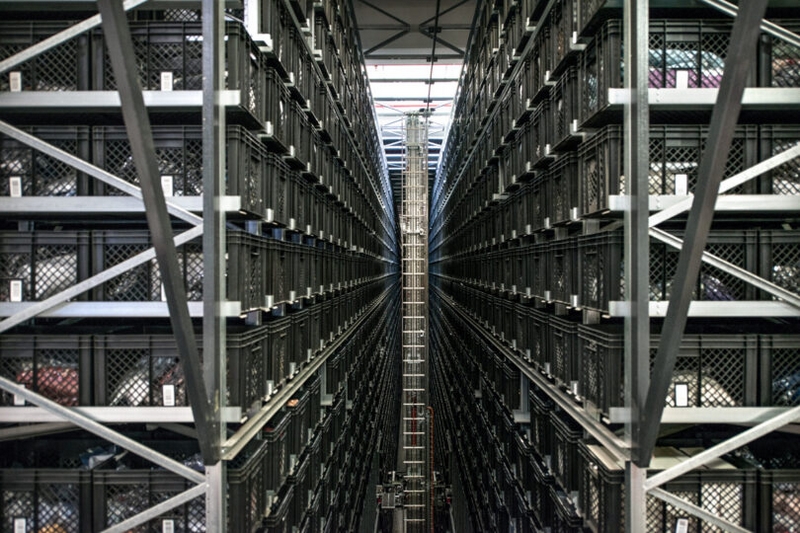 YOOX NET-A-PORTER GROUP announces the appointment of Geoffroy Lefebvre, currently Group Digital Distribution Director at Richemont, who will become the CEO of YOOX NET-A-PORTER GROUP from 4th January 2021. As per the succession plan communicated earlier this year, Federico Marchetti will remain Chairman of the Group to ensure a successful transition. photo @ynap.com

This article titled “Christopher Wylie: ‘Amazon is one of the biggest threats to the fashion industry'” was written by Morwenna Ferrier, for theguardian.com on Thursday 3rd December 2020 09.41 UTC

Christopher Wylie, the whistleblower who exposed the misuse of data by Cambridge Analytica in the run-up to the 2016 US election, says he believes Amazon is one of the biggest collective threats to the fashion industry and that its founder, Jeff Bezos “will be the next Anna Wintour”.

Speaking to the Guardian about the dangers of big tech giants, and in particular Amazon, muscling in on fashion retail, Wylie said that the pandemic had provided the tech giant with fertile ground to “accelerate” its e-commerce plans at an unprecedented speed to become the main player in luxury fashion.

“Amazon has a good track record for blowing up industries, and fashion needs to look at what has happened to music, publishing and media,” says Wylie, who had been talking about the dangers of big tech at the Business of Fashion festival earlier in the day.

Earlier this month, the Chinese technology e-commerce site Alibaba, and Richemont, the luxury goods company that owns Cartier among other brands, announced that they were investing $1.1bn in the online fashion retailer Farfetch. But despite this level of financing, luxury fashion remains the sole legacy industry without one dominant player. “For context, just look at how music has Spotify and taxis have Uber” he says. “Amazon has the [resources] to be the equivalent for fashion and fashion needs to wake up to that.”

Last month, Amazon hired Vogue’s former creative director, Sally Singer, as head of fashion direction. The month before, it was one of the few companies to open a shop in the pandemic when it launched Luxury Stores, an upmarket in-app section selling high-end pieces, such as handbags and gowns. Among the early brands to sign up were the London fashion week stalwart Roland Mouret, and the red-carpet favourite, Oscar de la Renta. In September, the luxury brand’s CEO Alex Bolen told US Vogue he believed “somewhere near 100% of our existing customers are on Amazon and a huge percentage of those are Prime members … This idea that you don’t want to speak to a customer where she’s spending a lot of her time is a mistake.”

Mouret was behind one of the most famous dresses in 00s fashion, the Galaxy, but last season opted out of London fashion week to show his new collection in a short video on Amazon. He told the Guardian: “We are all Amazon customers now.” It is thought that many more designers may eschew fashion week and follow in Mouret’s footsteps.

“The publishing industry thought the idea that people wouldn’t go to a book store any more was [crazy],” says Wylie. “It turns out we were wrong with all legacy industries, and fashion is one of the only legacy industries left.”

Wylie believes that Amazon’s success also lies in exploiting the fashion industry’s own failings, including inclusivity, to make its own goods. “Our sizing system doesn’t make sense to the physical shapes of human bodies. Amazon could easily come along and make a better product that does fit its customers.” They are also “investing in a more efficient supply chain”, he says.

Amazon has been trying to crack the luxury fashion market for almost a decade. In 2012, Bezos told the New York Times that the company was making a “significant” investment in fashion to convince luxury labels that it wanted to support not undercut them. The same year, Amazon sponsored the annual Met Gala and Bezos, usually a Prada fan, opted for the US designer Tom Ford. In 2015, there were rumours (later unsubstantiated) that it would buy Net-A-Porter. Then, in 2017, it filed patents for automated clothing manufacturing designed to quickly fill online orders for suits, dresses and other garments. Its most recent success story was the much-maligned “Amazon coat”. Then came the pandemic.

Its main obstacle has been a perceived snobbishness from upmarket brands reluctant to sell their pieces on a one-stop site, as well as concerns over it selling counterfeit versions of their goods. As a result, the luxury conglomerate LVMH and Nike will not allow their goods to be sold on the site.

But some designers, particularly smaller ones, have no choice. Between May and October, Amazon collaborated with Vogue and Council of Fashion Designers of America to create a string of digital storefronts designed to boost smaller designers who had been affected by the closure of department stores and cancelled orders, such as Batsheva Hay, the hip designer behind the lockdown-friendly “house dress”, and the handbag designer Edie Parker.

“Amazon can afford to lose money for years on its fashion offerings. But when if you’re a designer or a retailer, fashion is your bread and butter then you can’t,” says Wylie. “That is why this is the fashion [industry’s] existential moment.”

The recent endorsements from Vogue, a handful of luxury and indie designers, and Wintour herself (Bezos was spotted front row at Prada next to the US Vogue editor in February of this year) suggest the luxury fashion industry is finally taking Amazon seriously.

Wylie believes its next terrain is trend forecasting. “Amazon could also be the next Vogue, the next designer, the next WGSN.” he says. “Truly, the pandemic has accelerated everything”.