Beautiful Sophie was photographed by French fashion photographer Patrick Demarchelier. “With refined simplicity, the portrait delves into the eyes of the beauty, her profound and frank gaze masterfully immortilized,” revealed Chaumet.

Sophie Marceau is adorned with a Josephine diamond jewelry set and an emblematic piece from the Liens collection.

Simultaneously with the ad campaign, Chaumet announced “Attrape-moi… si tu m’aimes” creative complication. Gone are the traditional hands. Gone also the hours and minutes that endlessly turn round and round in a routine manner. Here, the dial doesn’t just tell the time, it tells a story. The insects are the stars of the show: the pink gold spider represents the hours and the diamond-set bee the minutes, pointing to them with the tip of a wing.

The dial of “Attrape-moi … si tu m’aimes” timepiece is adorned with 43 mother-of-pearl elements representing a spider’s web. The web motif ornates the case, is engraved on the case-back and on the buckle. This watch is an exceptional timepiece, available on order. 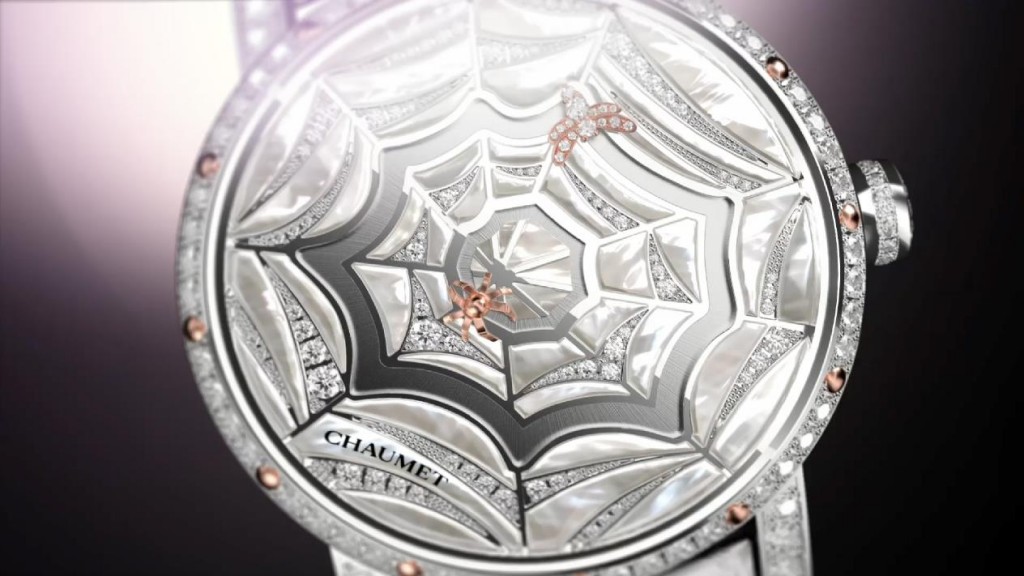 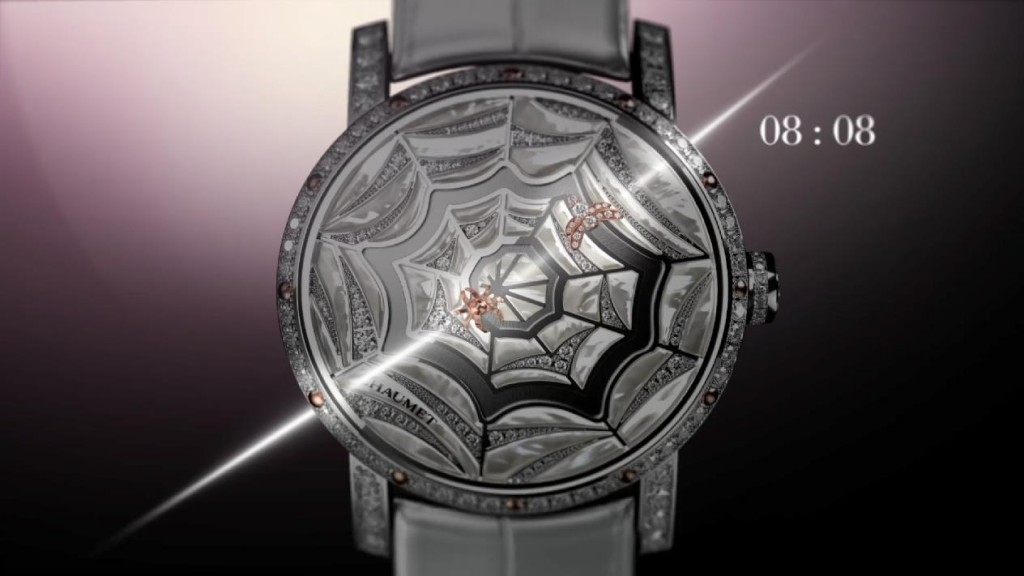