At party and gag stores you can purchase trick candles. They are a delight at children’s birthday parties because when the kids blow the flames out, withing a few seconds the candles re-ignite. The reason is that there is a small quantity of magnesium in the wick, which combusts at a low temperature, thereby igniting the wick again. These candles are also useful in windy conditions since they are so wind resistance. In some ways, there is a polo player who engenders the same qualities. 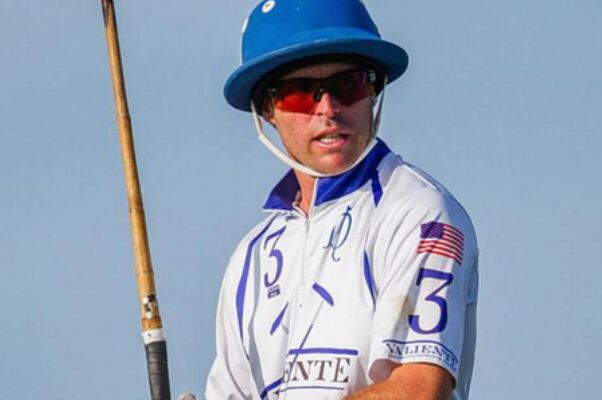 Guillermo Caset Jr. (photo above ), better known in polo circles under his moniker “Sapo”, has returned again to the elite ranks of the 10 goal handicap players, after his outstanding American High Goal polo season that ended last month. This is only one instance of the many times that he has comeback from setbacks in his career.

As a youth he raced through the handicap rankings going from a 1 goal handicap to a 6 goal handicap within a short 14 month period when barely 16 years old. His father decided he needed time to acclimatize to the change and pulled him out of international high goal competition. But Sapo couldn’t be held back. As he developed, he accumulated victories. In the year 2009, he reached the semi-finals of the US Open, only to be side-tracked as 21 of his team horses died mysteriously right before the match. He bounced back with the same team and won the 2011 US Open. He was awarded a 10 goal handicap ranking, which is the highest one can achieve in polo.

However, within a week, he was hospitalized with a Staphylococcus virus that put him into a coma for 6 days. He lost a 20 percent of his body weight. Upon his return, 5 months later, playing in his first tournament since his illness with La Aguada at the Totugus Open, he scored 6 goals in the match. He had a remarkable Argentine season, scoring a total of 23 goals during his 3 matches at the Argentine Open.

In 2013, Sapo joined a new team for the US season. Playing with Melissa Ganzi’s team Piaget, the team went almost winless. The only success of note came in winning the Butler Cup, which is the consolidation round trophy of the US Gold Cup. Because of his lack of success, Sapo’s handicap was lowered down to a 9. But, Sapo’s play did not go unnoticed and Adolfo Cambiaso asked him to play the following year together with him and team Valiente.
Later in 2013, Sapo played the English High Goalo season with Enigma. This team also lacked the success that they had had in years prior. Sapo returned to Argentina to finish the year out by playing with a new team, La Navidad.This team had a respectable showing, although they did not win any of the major tournaments. 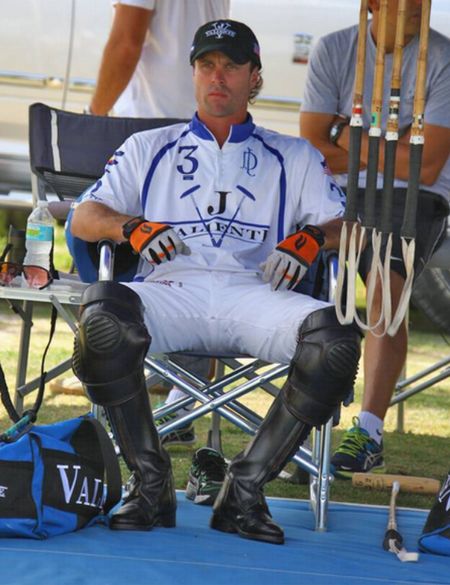 2014 found Sapo returning to the US to play for Bob Jornayvaz’s team, Valiente. They first competed in the 20 goal Ylvisaker Cup, without Adolfo Cambiaso. They made it to the finals. Here an odd thing happened. An injured Jornayvaz decided to sit out the final and substituted his son to play in his place. This was deemed an illegal substitution and Valiente had to forfeit the game before it was ever played.

Valiente, with Sapo, together with Bob Jornayvaz, Santi Torres and Adolfo Cambiaso, came back with a passion and triumphed in the CV Whitney Cup. This was the first of three tournaments that comprise the American Triple Crown of polo. Perhaps overconfident, Valiente entered the second tournament, the US Gold Cup, and lost an opening round match to team Coca Cola 10-7. As all good champions, they re-assessed their game and went on to victory , winning the tournament, with an injured Cambiaso in both the semi-final and final matches. 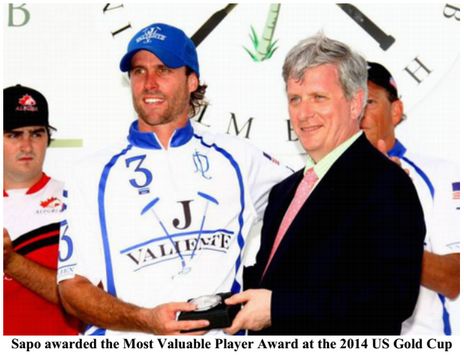 In the third tournament of the Triple Crown, Valiente charged undefeated into the final. A Triple Crown win was in their grasp. However, Cambiaso was injured once again in the semi-final match, and the final was played without him. A former team-mate with whom Sapo had won the 2012 US Open, Juan Martin Nero, took Cambiaso’s place. The US Open final was an exciting and nerve-racking contest.
At the end of regulation play, the score was tied up at 10 a piece. A 7th supplementary chukker was played to determine the outcome. A foul was called against Valiente at 24 seconds into the period. Alegria’s Hilario Ulloa went to take the 60 yard penalty shot but failed. Play continued. Valiente fouled once again three minutes later. This time Ulloa did not miss his mark from 40 yards and Alegria defeated Valiente.

The run for the Triple Crown came to an end. However, Sapo was awarded a 10 goal handicap rating once again by the United States Polo Association for his brilliant play during a successful season. 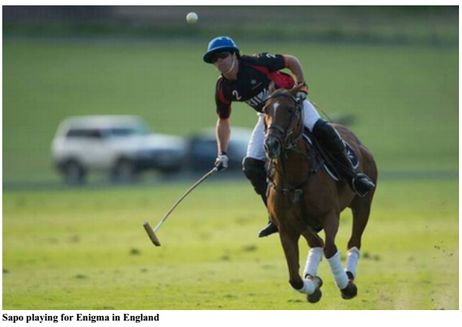 Afterward, Sapo will return to Argentina to play again with La Aguada, as he did in the 2012 season.

Sapo has many ups and downs in his young career, but he always seems to come back. He is the Candle in the Wind among polo players today and one can expect his candle to burn brightly for years to come.

Coronation Cup (England) was presented in 1911 by the Ranelagh Club to commemorate the coronation of King George V. Years later, the cup was played for by the winners of the Hurlingham; Ranelagh and Roehampton Open Championships and the Regimental Tournament, a format that remained in place until 1939. The cup was revived in 1951 when it was contested in a series between Hurlingham and a visiting Argentine team. In 1953 it was played between teams from England, the United States, Argentina, Chile and Spain. The cup sat idle again until 1971 when it became an annual international match between England and different visiting international teams.

Queens Cup was donated by Queen Elizabeth II in 1960. Played at The Guards Polo Club, it is the second most important tournament in England after the Cowdray Park Gold Cup. It is currently being played at the 22-goal level. The popularity of the tournament has seen the number of teams swell over the years with international players from a score of different countries and team entries coming from as far away as Australia.

Cowdray Park Gold Cup was created in 1956 and is the emblematic of the English season championship. Played at Cowdray Park, the tournament marks the apex of the British polo season. Mexico’s Carlos Gracida played on a record 10 winning Gold Cup teams from 1987 to 1997.