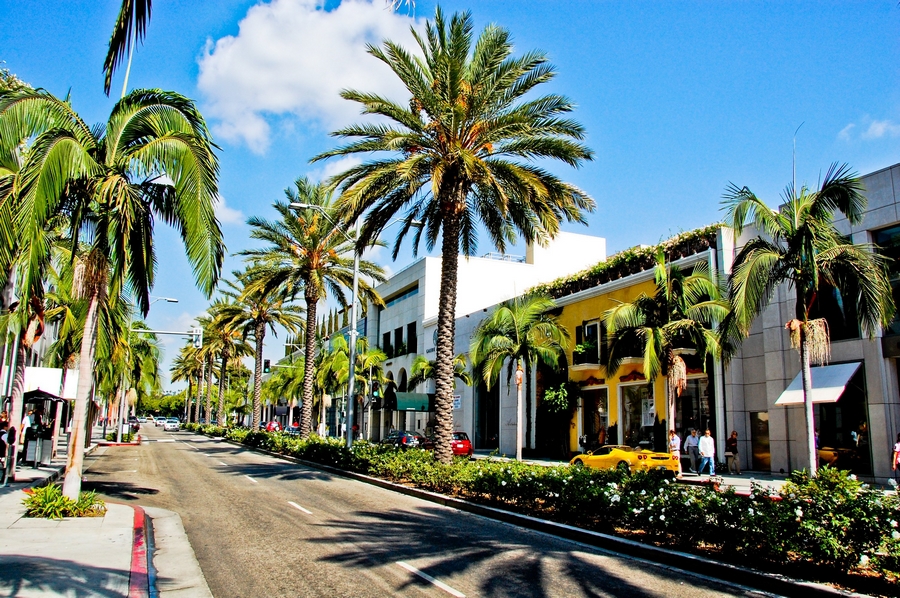 California’s drought is threatening Beverly Hills with a triple whammy on its lawns, pools and checkbooks.

New water restrictions could limit watering to two days a week, ban draining and refilling of existing swimming pools and set fines of up to ,000 for violations.

The city council is also considering banning washing cars outside homes and ordering restaurants to serve water only upon request.

Four consecutive years of drought prompted Governor Jerry Brown earlier this month to impose a mandatory 25% cut in urban water use compared with 2013.

As an especially profligate user, Beverly Hills must cut consumption by 36% by February.

San Bernadino County, Coachella Valley, Modesto and Tahoe City are facing a similar target. Newport Beach, Sacramento County and the city of San Bernadino are just behind, with 32%.

Nestled between Santa Monica and West Hollywood, Beverly Hills has been in the second stage of its emergency water conservation plan, which sought 10% savings with voluntary measures.

The city council is now considering three sets of tougher restrictions. The most drastic would activate the fourth stage of the emergency plan, which, among other things, would turn off fountains and ban refilling pools, spas and ponds except when necessary for health.

The city manager would decide when residents and businesses could water their landscapes. Violators could be charged with misdemeanors and fined up to ,000.

Another option would go to stage three of the emergency plan, with milder restrictions and penalties to achieve a 20% reduction. A hybrid third option would demand 30% cuts.

The state-mandated 36% conservation benchmark may be revised before state regulators formally adopt an emergency water plan next month.

Critics of the measures complain that agriculture, which accounts for 80% of California’s human water use, has been given a free pass. Farmers dispute that.

Two-thirds of California is enduring “extreme” drought conditions and 41% is suffering “exceptional” drought, according to official designations.