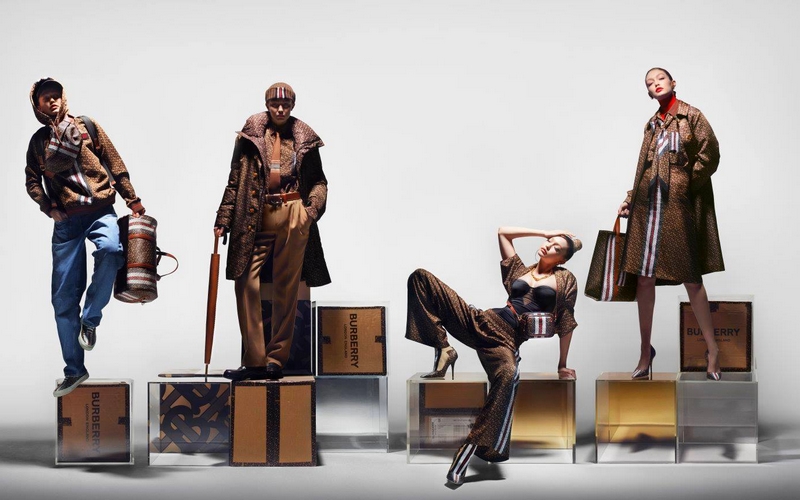 This article titled “Burberry to close one in 10 stores worldwide” was written by Zoe Wood, for theguardian.com on Thursday 16th May 2019 15.51 UTC

Burberry is closing one in 10 stores around the world as part of an overhaul designed to take the luxury fashion brand more upmarket.

The 163 year-old company refused to identify the locations of the 38 stores earmarked for closure but revealed five had already shut in Brazil and Spain. The brand will instead focus on turning its flagship stores into luxury destinations for well-heeled shoppers.

Burberry, known for its trenchcoats and signature check, was the biggest faller in the FTSE 100 after its financial performance fell short of analysts’ expectations, with operating profits down 6% at £438m on sales of £2.7bn in the year to 30 March. Investors were particularly concerned about sluggish growth in the important Chinese market. The shares were down 5% at £18.26 in late trading on Thursday.

Marco Gobbetti, the company’s Italian chief executive, is overseeing a plan designed to turn Burberry into a super-luxe brand, in the same league as Gucci and Dior, which have higher prices and profit margins. Like the rival brands, Burberry wants to be able to design coveted leather handbags that can command price tags of up to £2,000.

Burberry replaced its longstanding creative supremo Christopher Bailey with another Italian, Riccardo Tisci, last year, and is in the process of rolling out his debut collection. Bailey, who was credited with helping to transform Burberry from a small UK company into a global fashion brand, left last year.

Burberry said the clothes and accessories designed by Tisci had been a big hit with shoppers, delivering double-digit sales increases on the equivalent ranges in 2018. But his designs only landed in stores a month before the end of the financial year, so this early success did not have an impact on the bottom line.

“We made excellent progress in the first year of our plan to transform Burberry, while at the same time delivering financial performance in line with expectations,” said Gobbetti. “Riccardo Tisci’s first collections arrived in stores at the end of February and the initial reaction from customers is very encouraging.”

GlobalData analyst Chloe Collins said Tisci was revitalising a brand that was at risk of becoming “outdated and repetitive”. She added: “His dark grungy styles, previously seen at Givenchy, have provided a welcome update to Burberry’s classic tailoring and neutral tones.”

Earlier this month Burberry abandoned plans for a new factory in Leeds. The city-centre site, which had been at the heart of a vaunted £50m investment in its British manufacturing base, was a pet project of Yorkshire-born Bailey. The company is selling the 10-acre site, which includes Grade I-listed Temple Mill.

Gobbetti batted away the suggestion that it had been Bailey’s vanity project. “It’s kind of awkward to talk about ideas generated before I came,” he said. “Manufacturing in the centre of town is not the easiest thing … and in a listed building.” The company remains committed to its 800-strong workforce at its two sites in Castleford and Keighley, he said.