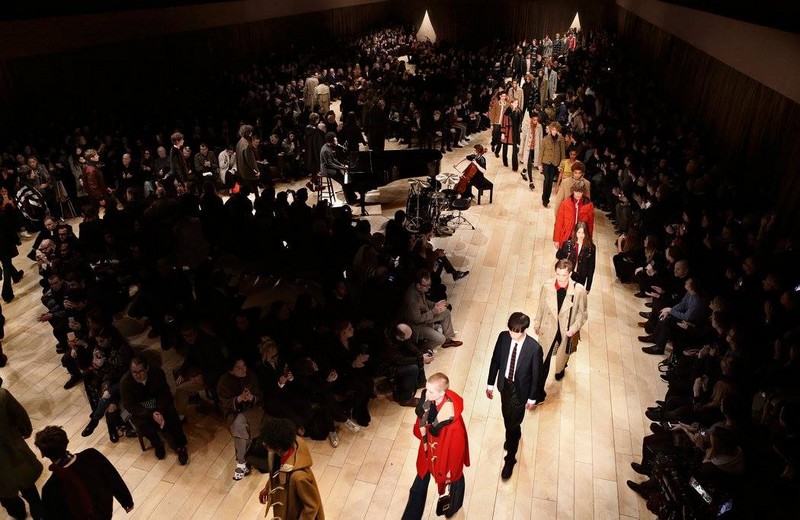 This article titled “Burberry sales up but outlook for sector remains uncertain” was written by Julia Kollewe, for theguardian.com on Thursday 14th January 2016 12.08 UTC

Sales at British fashion brand Burberry have improved after a return to growth in China and strong demand in Europe, but it warned that the outlook for the luxury sector remained uncertain.

Burberry, whose Christmas advertising campaign featured a star-studded cast including Romeo Beckham, son of footballer David, in its signature trenchcoats and scarves, said like-for-like sales were flat in the last three months of 2015. This was an improvement on the 4% decline seen in the previous quarter, but missed the group’s own targets. Retail sales revenues edged up 1% to £603m.

The company highlighted a slump in Hong Kong and Macau, which dragged down sales across the Asia Pacific region overall, even though mainland China and South Korea returned to growth. Sales in Hong Kong fell again, by more than 20%, while Japan remained strong. Burberry stressed that all its stores in Hong Kong remained profitable.

Europe presented a brighter picture where sales rose, with Italy, Germany and Spain particularly strong. In France, which had been strong in previous quarters, sales dropped following the Paris terrorist attacks in November. The Americas improved to record marginally positive growth. Digital sales outperformed in all regions.

The company’s chief financial officer, Carol Fairweather, declined to say whether China had turned the corner, although she said “footfall is up in China, all good in China in the quarter just reported” before the Chinese new year.

Small leather accessories such as beauty bags, small handbags, wallets and passport holders sold well, along with monogrammed scarves, ponchos and dresses, while traditional coats were less in demand owing to mild weather in the UK, Europe and the Americas. Burberry is broadening its dress ranges and has been rushing more lightweight cashmere trenchcoats into stores after they sold out quickly, along with new quilts, rucksacks and Banner bags.

Shares in Burberry rose 1% to £11.24 after the figures eased concerns about the luxury sector slowdown, which has been driven by a decline in Chinese spending. There has been a shift in Chinese shopping habits away from Hong Kong and the UK towards Japan and mainland Europe.

Burberry’s chief executive, Christopher Bailey, who is also the brand’s creative chief, warned: “The outlook for demand in luxury is uncertain and underlying cost pressures persist for the sector.”

Burberry has responded to the tough climate for luxury goods by cutting £25m of annual costs, through reducing travel expenses and imposing a hiring freeze outside its stores. In Hong Kong, it has reduced the size of its flagship store and has negotiated new deals with landlords to save rent.