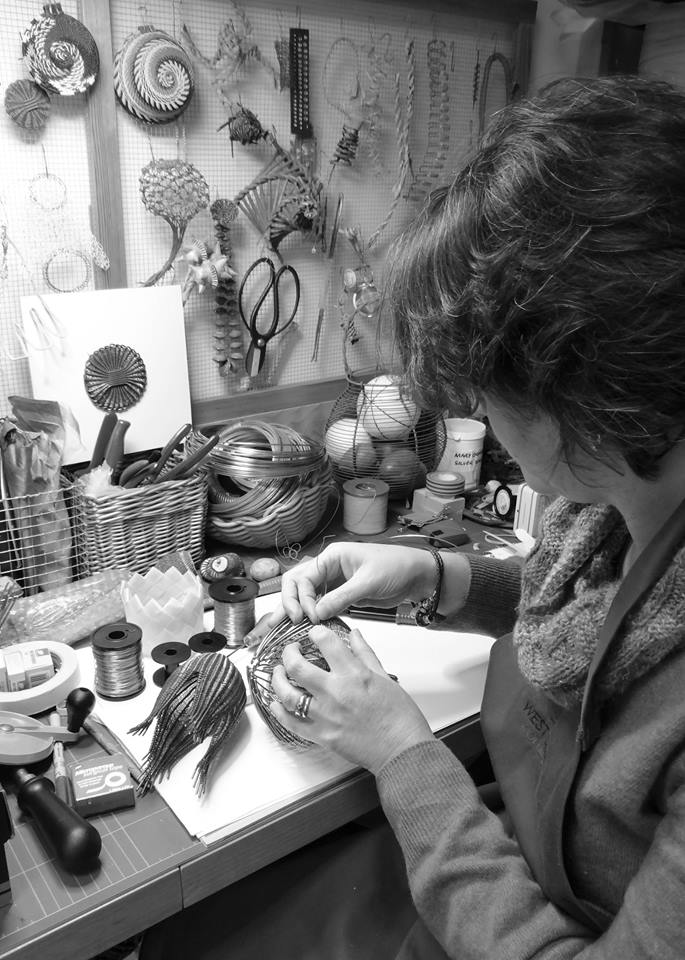 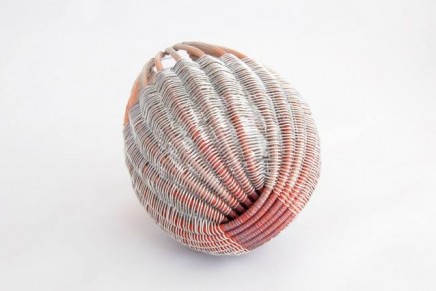 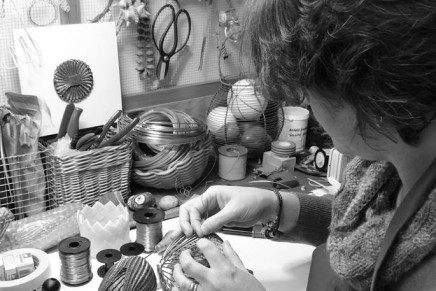 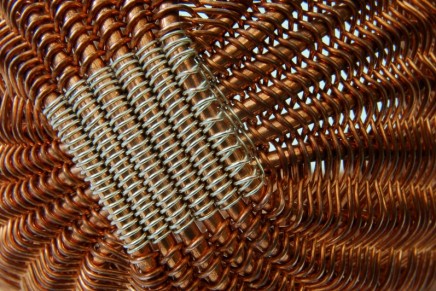 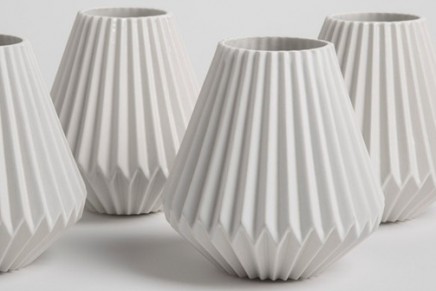 For someone at the forefront of the burgeoning craft movement, James Boardwell is a little reticent about his own abilities. “I’ve never sold anything, but I dabble in woodwork,” said the chief executive of online craft retailer Folksy.com. “To be honest, the website came from my interest in communities and how they work online.”

That sort of interest has helped to propel the craft sector and its army of applied artists and small manufacturers into a position of some economic influence. Figures compiled last year by the Crafts Council showed there were 11,620 craft businesses in the UK, with 43,000 employees. Most startling of all, once the economic contribution of craft professionals working in non-craft industries was added, the overall value of craft skills to the British economy each year was £3.4bn. That’s a lot of corn dollies.

But there’s not a corn dolly to be seen on Folksy. It offers an alternative craft universe, far removed from fetes and church halls, of funky graphics and bold design, of blogs and forums. The average price of an item on Folksy is just over £17 – jewellery, greetings cards and homeware were the site’s big hitters last year.

While Folksy has followed a path pioneered by US startup Etsy, there has been an accompanying surge in the non-virtual world of craft. Next month is Craft and Design Month, with fairs and events across the country, while May also sees London Craft Week, a showcase for the capital’s more established craftspeople, and the Crafts Council’s Collect, “the art fair for contemporary objects”, at the Saatchi Gallery.

Meanwhile the BBC has its Get Creative initiative, designed to turn us from consumers into makers. It is not just knitting and crocheting: embroidery, furniture-making, dressmaking, glass-blowing, ceramics and screenprinting are all enjoying their moment. “Craft”, it appears, is the new food, following the trend for artisan, hand-crafted food. The buzz term in brewing nowadays is not real ale, but craft beer.

Annie Warburton, the Crafts Council’s creative programme director, said: “At one level our lives are increasingly virtual. The return to making and working with our hands is in part a reaction to that. There’s also an increased awareness of provenance. People are aware of the ethics of where things come from and how they are produced. Then there is the sense of wellbeing that comes with making things yourself.”

“If you look at professional makers, 50% are in their second career,” she said. “Academic talent … is placed above creative production. I think it is for that reason that we turn to making only in later life. These second-career makers might have pursued a profession and thought: I don’t want to be working on a computer for the next 20 years. The opportunities to learn, make and sell, and the affordability of the technology, have allowed people to shift career.”

Most of these second-career makers will face a reduced income should they choose to rely on their craft exploits. Of Folksy’s 6,000 active sellers, only 30 are VAT-registered, with the typical maker ranging from the hobbyist with one item per month on sale to more serious makers who advertise three or four a week. The problems can come when they need to cope with demand.

“We realise that if sellers take craft seriously and want to make it a significant part of their business, they have to seriously consider their means of production,” said Folksy’s Boardwell. “It’s possible to make a living, but you have to be at the top end of the market – luxury goods – and that means you will be competing with Burberry or whoever. While makers may have the skill they will not necessarily have the marketing skill to compete.”

That top end of the market will be on show next month in Stroud, Glos, during the town’s annual SITselect festival, the only one in the country dedicated to textiles and applied art. “We are about the joy of the handmade,” said festival boss Lizzi Walton. “In a world of bland mass production, to own something individual is enhancing. It’s a pleasure to have something that is made with love and made by hand. Sometimes to have less is better.”

Simon Olding, director of the Craft Study Centre, agreed: “What is different to previous craft waves is that makers today are very deliberately stretching boundaries. In the 1920s, there was more of a harking back to lost histories. Nowadays it is much more roguish.”

He has been working since 1981 and sells mainly through fairs and his website, brettpayne.com.

“I make a living. That was a goal of mine when I first started in 1981. I was told you can’t make a living as a silversmith and I thought, I bet you can. Anybody who wants to be a professional craftmaker has got to be determined, like a challenge and be quite arrogant. I like to think I’ve figured out a way to make good things work. You survive and thrive as a maker on your creative ability to make a product. Just as important is the creativity you put into marketing and sales.

“To be a craftmaker, the nature of the beast is that it’s small-scale. It doesn’t mean you have to be a one-man band or turnover has to be meagre, but it means that you the maker have to be central to the process. I don’t tend to sell through shops or galleries. I go around the UK and Europe doing fairs and set up my stand and talk to people. The more retailing becomes corporate, the more the high streets become identical, the bigger the niche for craftmakers becomes.”

She sells through exhibitions and barbaragortonceramics.com.

“I started ceramics as a hobby in 1974 and then, just before my son was born, I went back to it because I thought it might be quite useful. I became a bit obsessed, because I loved doing it. It’s full of surprises and challenges and solutions. You have to be resourceful to work with clay because it lets you down all the time.

“I started to understand that I could sell it when we had a sale at college and I couldn’t believe how many people were buying my work. So I thought, ‘This is easy-peasy’, and I got a stall on Portobello market every Saturday for 10 years.

“On Portobello I used to get approached by people like Bloomingdale’s. John Lewis wanted mirror frames. I said, ‘How many do you want?’ and when they said, I just thought, ‘How can I do that?’ I don’t have the wherewithal to employ someone.

“I don’t make a living from it. I’ve never made enough to live on, except from teaching. I’ve never really wanted to make lots of money. I just want to feel happy with what I am doing.”

“I make a living from my studio practice. I’ve been in Stroud for 16 years and working at this for 30 years. I do a big one-off solo show every three to four years and also do smaller trade shows where I’m selling direct to the public. It’s a good time to be a maker because there are so many platforms to sell through. My buyers are generally not collectors, but people who respond to the work, to the inherent quality of the ceramics as well as the colour and the joy and the humour.

“When I came out of college in the 80s it was all about making your work look like it was made by a machine. The aspiration was to make everything slick and finished and not as if a hand had touched it. I think now people want something that’s got a bit more character.

“A lot of people have to do other things to make a living. I prefer just to make, so if it means compromising, that’s what I prefer to do rather than having a job.”

She sells her work primarily through folksy.com.

“I make children’s home accessories. Predominantly what I sell are wooden hand-painted hangers. I’ve been doing it for a couple of years. When I had kids I realised that I needed something I could have an income from but also have flexibility. It happens that it’s much more full-time than I ever thought, but I do make a small income from it. Not enough to pay a mortgage, but something to add to a household income.

“For some reason, it just took off about a year ago. I was selling through Folksy and then it got picked up on blogs and Instagram. Up until recently craftmaking was really stuck in the 70s idea of corn dollies and fetes but Folksy has really moved it forwards. Most of my sales now are pushed through Instagram and sold through Folksy.

“Hopefully, by September I can produce a lot more stuff and have more time for designing. I could expand now by employing people, but I like to do it all myself. I don’t want to compromise the designs.”