As a large part of the Western world continues to suffer in the wake of the on-going financial crisis that began back in 2008, growth in the Middle East shows no sign of abating. In the likes of the United Arab Emirates (UAE), the demand for luxury goods continues to rise as the area welcomes more and more tourists and more and more business.
A recent report has revealed that demand for luxury goods rose by nearly 15 per cent in 2012 as the region became the 10th largest luxury goods market in the world. So what is driving this growth as other parts of the world falter?
First of all, fundamentally there are far more people to buy luxury goods. Between 2005 and 2011, the population of the UAE rose by more than seven per cent every year, going from around four million to nearer eight million as the region has continued to benefit from the rising price of oil. 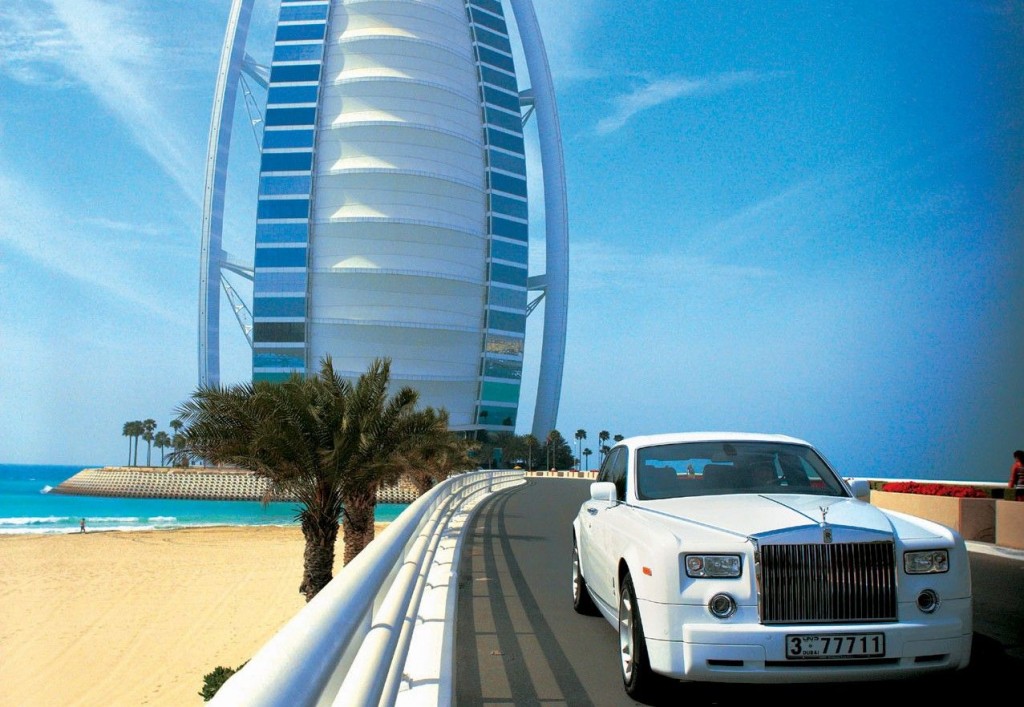 Big brands have been quick to capitalise. One of the most famous in the world, indeed recently named the world’s most powerful brand, has made sure it has a strong presence in Dubai. Ferrari opened Ferrari World late in 2010 and the world’s largest indoor theme park offers the world’s fastest rollercoaster alongside numerous concessions where visitors can buy a piece of the famous Italian brand through, for example, its luxury clothing line.
Similarly, luxury Italian fashion designer Giorgio Armani has recognised the growth potential in the Middle East and the Armani Hotel in the Burj Khalifa also opened its doors in 2010. With luxury interiors designed personally by Armani, the hotel occupies several lower floors of the world’s tallest building as well as the 38th and 39th floors that offer the more high-end suites. Not to be outdone, rival Italian fashion house Versace is set to open Palazzo Versace in Dubai in 2014, offering 217 luxury hotel suites alongside private accommodation in the form of condominiums.
Brands such as Ferrari, Armani and Versace clearly see growth in the Middle East continuing and this will be helped by more relaxed laws on foreign investment in the region. As economies in Europe and the US weaken, more firms are looking to expand into the likes of the UAE and Bahrain.
This had led to a growth in the banking sector, with many global names now firmly established in the region. Their presence has smoothed the way for businesses to expand and easily set up a tax-efficient office or a corporate account  in the UAE with little hassle. With governments in the region keen to see more foreign investment, there has never been an easier time to get money into the Middle Eastern economy.
The land that is built on oil continues to grow despite bumpy global economic conditions and as its economy diversifies into financial services, hospitality and tourism, and its population grows year-on-year, the demand for luxury goods is set to grow at a similar or even greater pace. High levels of disposable income and a growing concentration of millionaires with money to spend means that luxury brands need to ensure they have a presence in this growing luxury market.
Tagged: Armani Dubai demand for luxury goods Dubai dubai opportunities growing dubai luxury banking Dubai luxury banking UAE luxury brands in Dubai luxury business Dubai luxury cars Dubai luxury goods in Dubai luxury hotels in Dubai luxury Market Dubai Luxury yachts Dubai