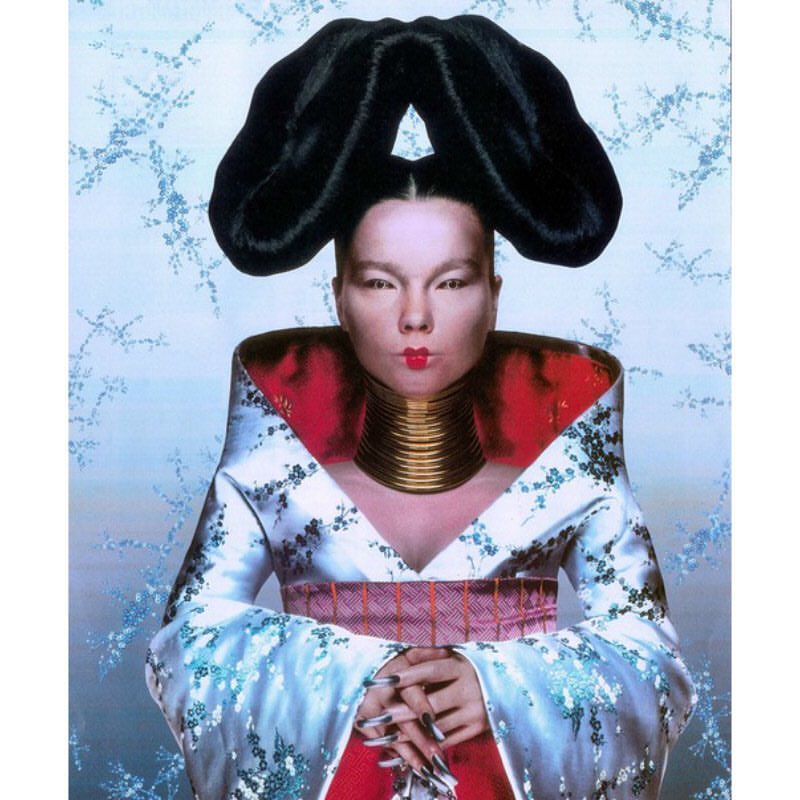 Over the years Icelandic singer-songwriter Björk has collaborated and commissioned many young, innovative, fashion designers who later went on to become famous. Bjork’s unique stage outfits are going under the hammer in London at Kerry Taylor Auction‘s ‘Passion for Fashion’.

Bjork is currently working on a ground-breaking virtual-reality project and she aims to use the proceeds from this auction to aid that research. A major deciding factor in choosing to sell some of the more historically important pieces in her collection is the realisation that others will be better able to preserve them than herself. Many of the garments in the auction were previously exhibited in the MOMA, New York last year and it seemed a shame for them to just go back into long term storage again.

Some of the most technically brilliant and other-worldly dresses are by the young Dutch designer Iris van Herpen. These couture gowns, some of which took up to four months to make individually, are formed from laser and hand-cut acrylic or leather, painstakingly layered and shaped and mounted onto tulle. Björk wore these gowns for her Biophilia and Vesperine tours.

“It’s going to be exciting and interesting to see what happens. The McQueen pieces, they were very close friends, so the McQueen pieces are really, really special. They’re one-offs made for her. And then we have a young Dutch designer, Iris van Herpen, and her dresses again, they take three to four months to make. They’re all hand-cut and laser-cut. And again they’re like sculptures. They’ve never been on the open market before. So, we’re obviously hoping for them to make thousands, but just how many it remains to be seen,” said the auctioneer Kerry Taylor.

Of course some of the most historically important and significant pieces are those made by her close friend (Lee) Alexander McQueen. 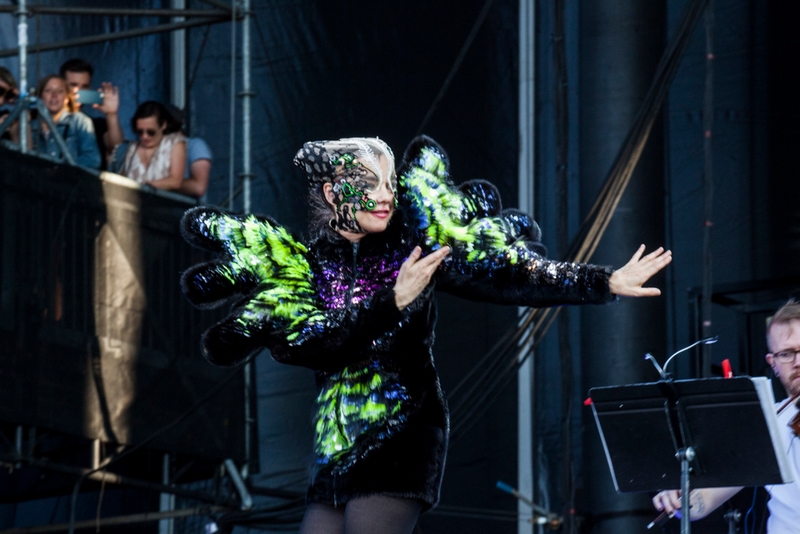 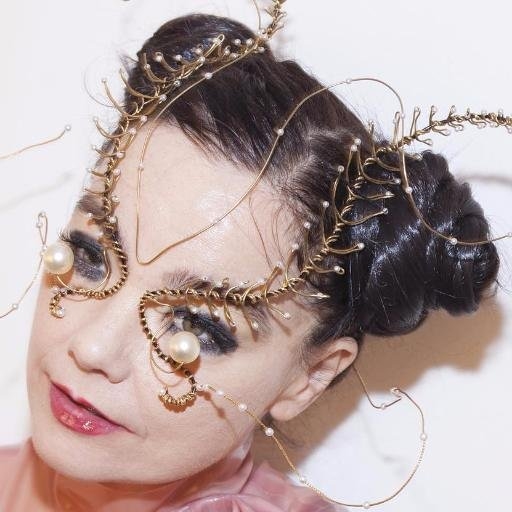 For the cover of Björk’s 1997 ‘Homogenic’ album, she approached Lee, his ‘right hand’ Katy England and the renowned photographer Nick Knight. She told them that she wished to be depicted as a female warrior – ‘but a warrior using love as a weapon’. She liked the idea that elements of the ensemble came from different cultures, such as the Japanese kimono and the towering Masai style necklace made by Shaun Leane. At the time McQueen was working on his Givenchy couture ‘Eclect-Dissect’ collection, A/W 1997-8, presented in Paris in July 1997. That collection was also filled with multi-cultural references including Japonism elements with similar kimono dresses, oriental embroidery and elaborate hairstyles redolent of Björk’s photographic portrait. However, the dress for Björk was not made in Paris but as a special one-off in McQueen’s London studio. The hauntingly beautiful but unsettling image of Björk wearing the McQueen dress is surely one of the most instantly recognisable album covers of all time.

For Björk’s controversial ‘Pagan Poetry’ video of 2001, Björk again contacted Lee and told him that this time she would like him to make her a bridal gown. She had quite clear ideas of how it should look. She envisaged pearls being sewn through skin to form the dress itself. The result was a beautiful white lace gown with a corseted bodice below the neck, swathed in tangled ropes of pearls complete with nipple rings (lot 352, £8000-12,000). 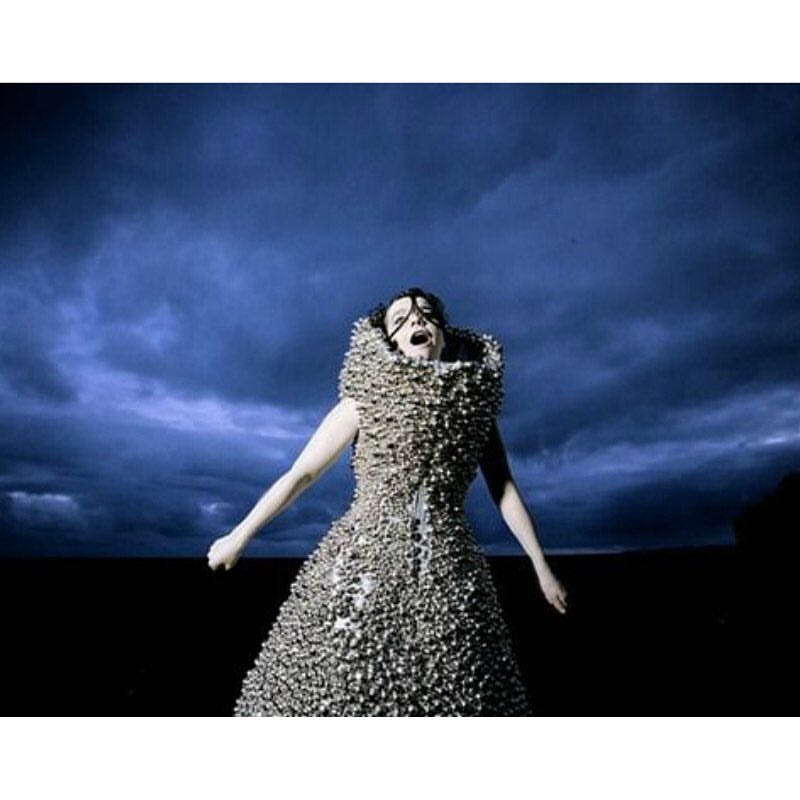 Perhaps the most sculptural example of McQueen’s collaboration with Björk is the astonishing ‘Bell’ dress. In 2004 Björk decided to do a re-mix of her song ‘Who is it (Carry My Joy on the Left, Carry My Pain on the Right)’ from the ‘Medulla’ album,but this time with added bells. A video of the re-mixed song was to be specially filmed against the dramatic Icelandic scenery. She met with Lee in London and he did a quick, outline pencil sketch – which Björk approved. The dress was flown to her in Iceland with no further discussion or fittings. The dress itself is in the shape of a bell, semi-rigid and covered in thousands of tinkling bells in various sizes – all applied by hand.

The auction ‘Passion for Fashion’ takes place on June 14 and includes also two of Princess Diana’s most iconic outfits. 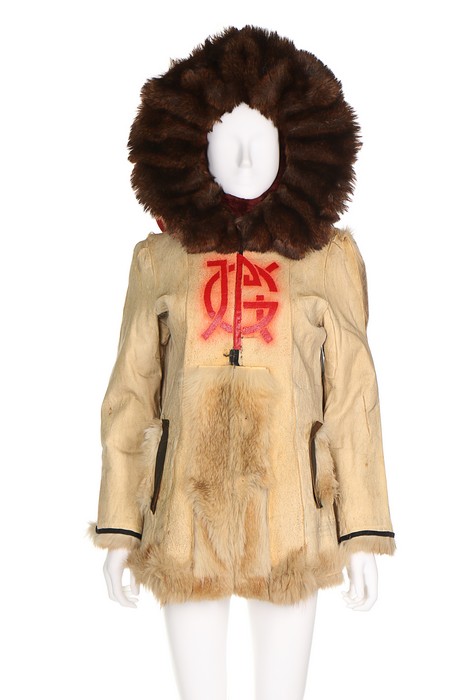 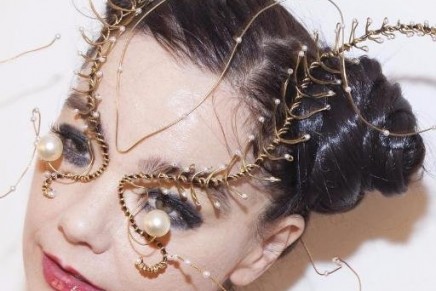 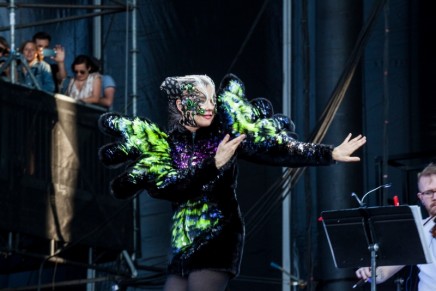 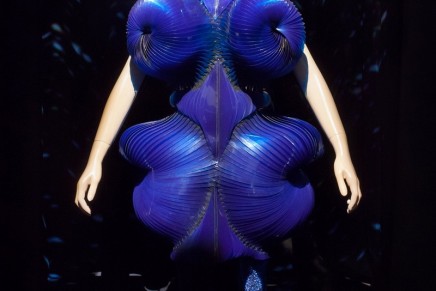 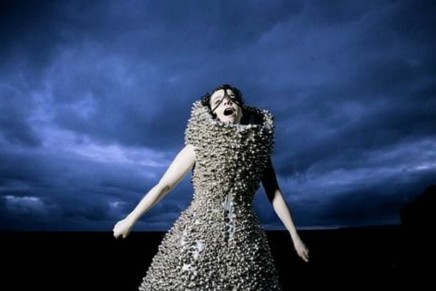 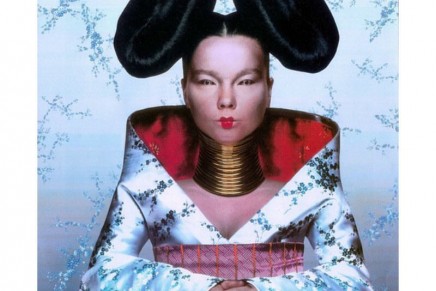 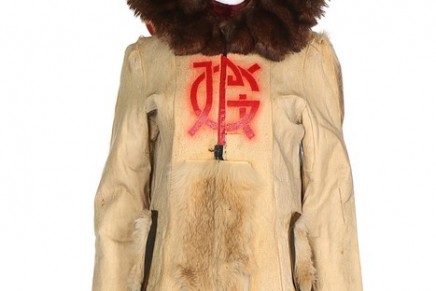