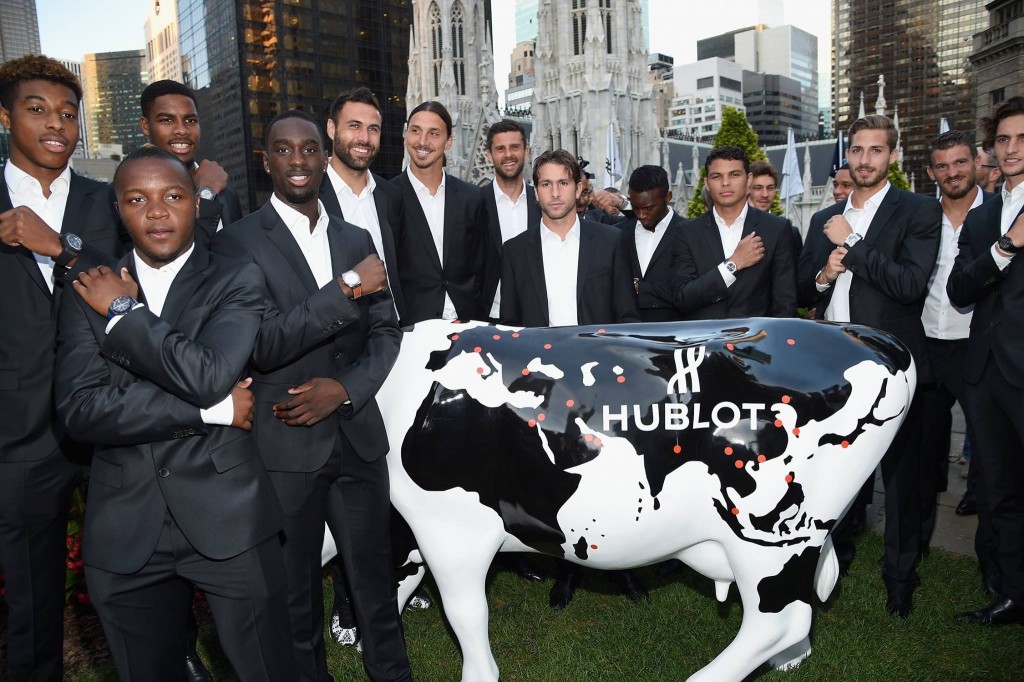 The Big Bang Unico Bi-Retrograde Paris Saint-Germain – Hublot’s second timepiece with the French football champion – is limited to 100 pieces and features a 45.5mm titanium case with a sapphire anti-reflective treatment and the Paris Saint-Germain logo printed on the case back glass. Inspired by the iconic team colors, embellishments of red, white and blue are reflected throughout the dial, hands and strap. The sleek and sporty timepiece is manufactured with Hublot’s in-house UNICO self-winding bi-retrograde movement and designed to time two halves of a soccer match. 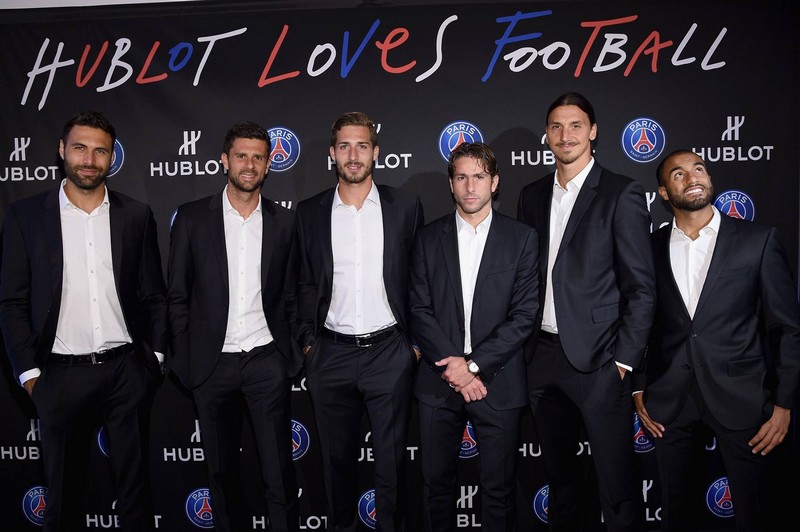 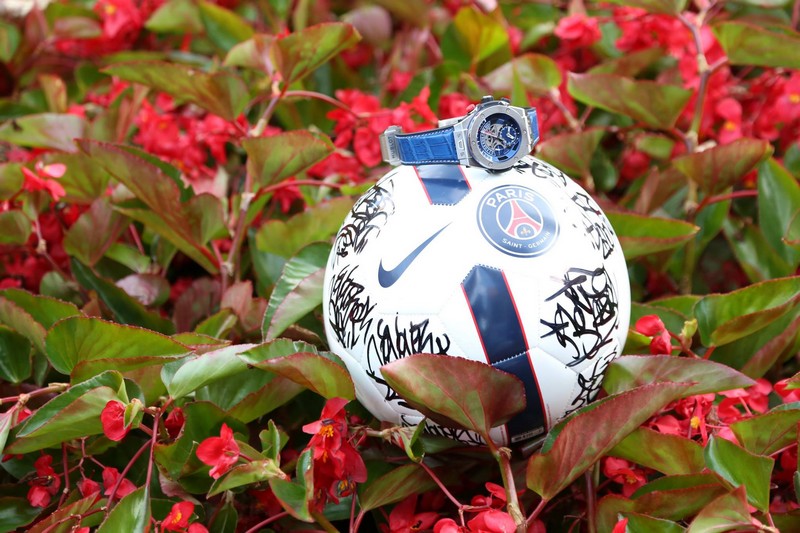 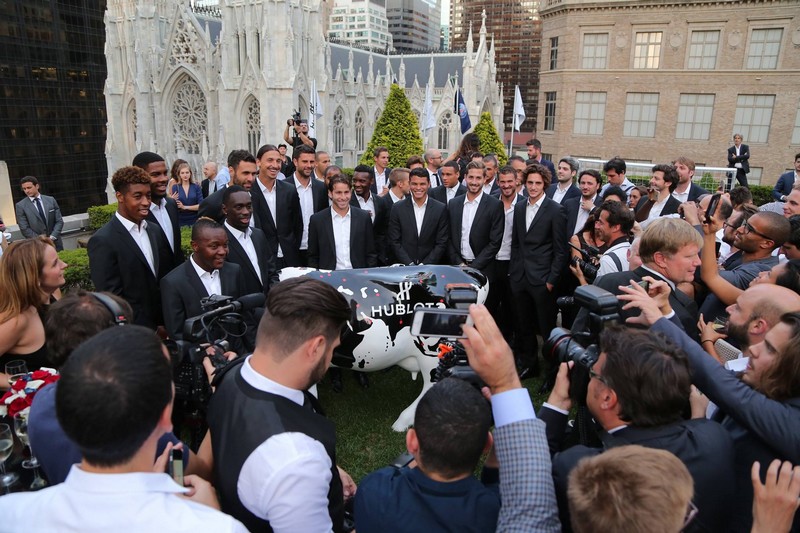 As the first luxury watch brand to become involved with European football in 2006, Hublot has since built a strong presence in the world of football. Hublot’s relationship with the French Club began in 2013 when it became the Official Timekeeper and Official Watch of the team and introduced the first timepiece known as the King Power Paris Saint-Germain. 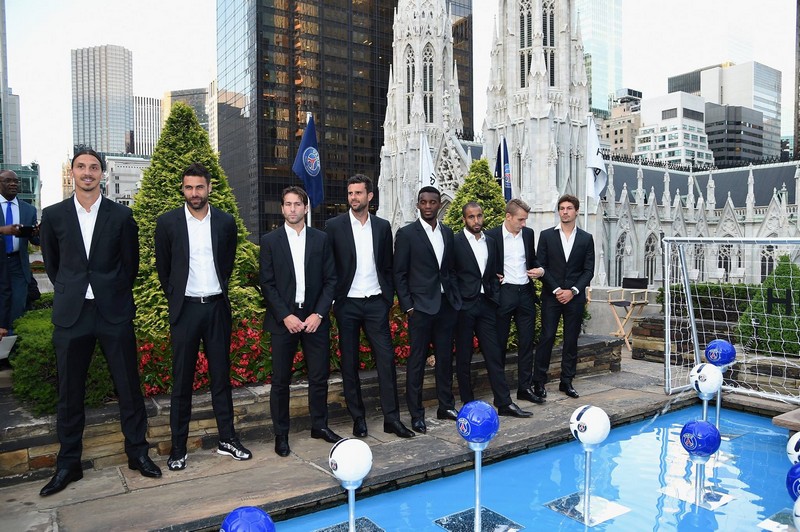 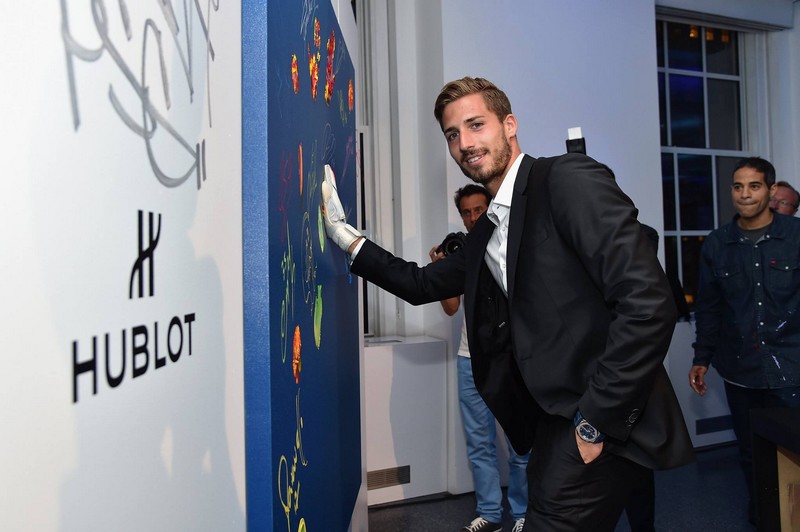 The night celebrated French culture, including music by French DJ, Olivier Meiji, and a live art demonstration by French artist, JonOne. As a surprise to guests, Paris Saint-Germain players also tried their hand at painting, creating a one-of-a-kind painting on a large canvas with the help of the artist. The painting will be auctioned off later this season to benefit the team’s charitable foundation, Fondation Paris Saint-Germain. To top it off, guests enjoyed desserts made by the team with cult pastry chef, Dominique Ansel. 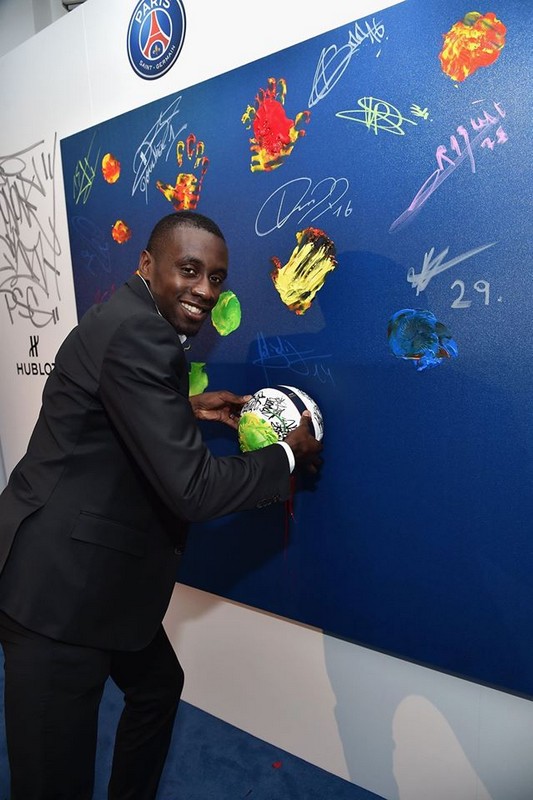 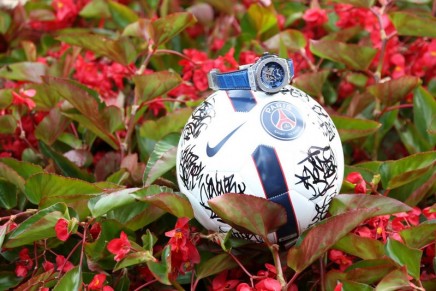 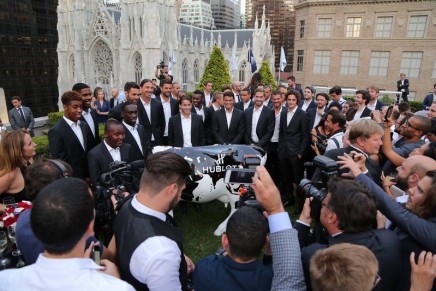 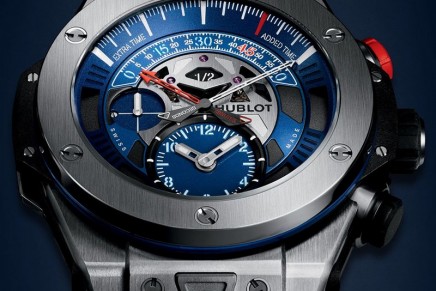 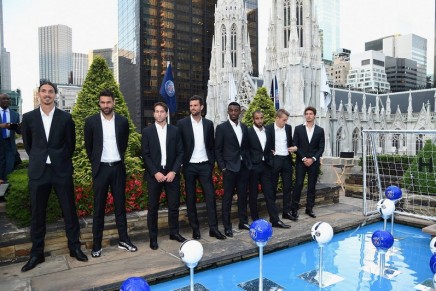 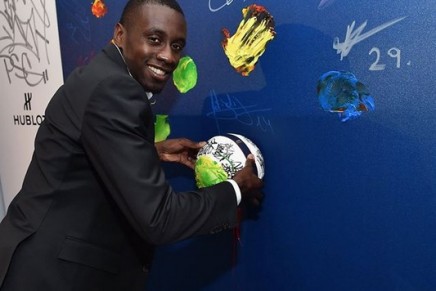 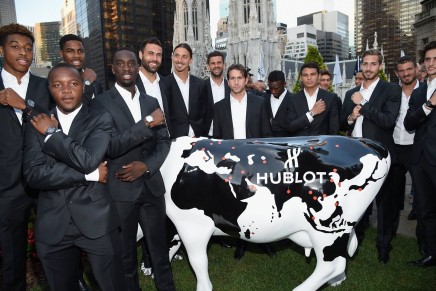 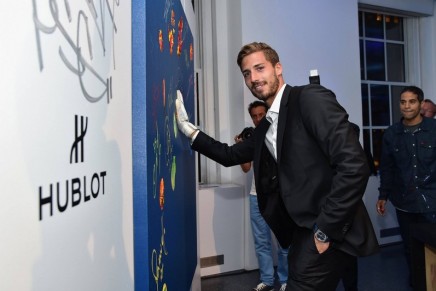 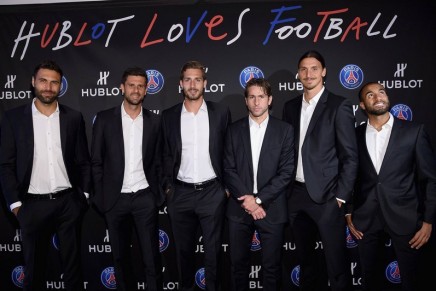