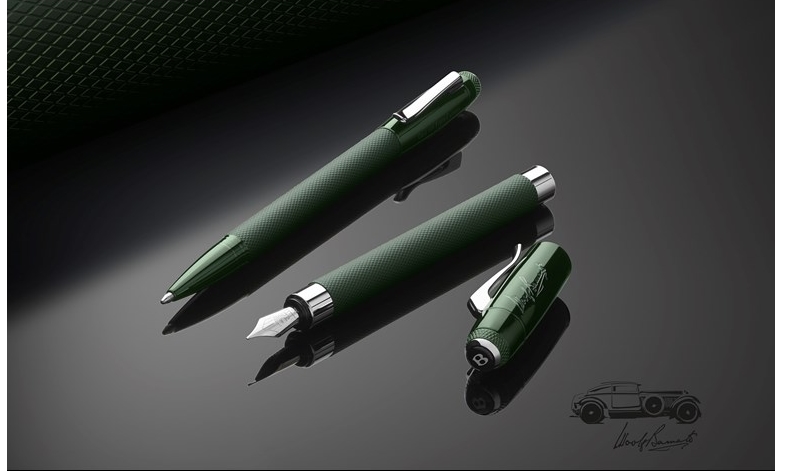 Celebrating the 90th anniversary of the famous “Blue Train Race”, the Bentley “Limited Edition Barnato” pen series has been created.

Exclusively limited to just 1,930 pieces in honour of the year of the “Blue Train Race”.

The Blue Train, officially the Calais-Mediterranée Express, was the luxurious express night train, that famously whisked the rich and famous from Calais to the French Riviera in luxury and style. Bentley legend Woolf Barnato’s claim that he could beat it with his Bentley was bold and audacious, but the bet paid off and he succeeded in style.

Bentley and Graf von Faber-Castell have been in partnership since 2018 producing exceptional limited edition pens.
The spirit of Bentley driver Woolf Barnato lives on through the latest collaboration between the two brands, with writing instruments that combine modern luxury with extraordinary timelessness.

Each exquisite pen within the new series features a lacquered metal barrel in the characteristic dark ‘racing’ green that is often associated with Barnato. The barrel is carefully hand-guilloched in the signature diamond pattern that forms a strong part of Bentley’s own design language. The chrome-plated front and end section of the pen also gleams in a dark green glaze. The cap is adorned with the iconic Bentley B, Bentley-style knurling and Woolf Barnato’s original, handwritten signature.

Just 1,930 pieces have been made by Graf von Faber-Castell and Bentley to honour the year of the famous “Blue Train” Race in 1930, and the edition number is engraved on the threaded ring of each pen. 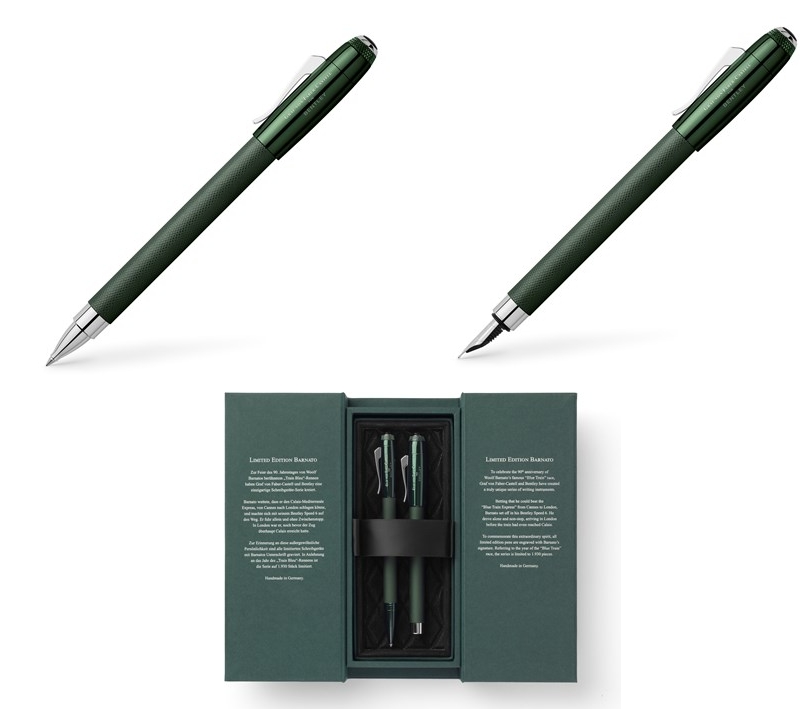 One of the original Bentley Boys, Woolf Barnato was a three-time Le Mans winner, and also Managing Director of Bentley Motors from 1926-1931; he lived a life of glamour, speed and adventure. He often proudly told the story of the “Blue Train Race”, in which he made a bet that he could reach London from Cannes in his Bentley Speed Six before the Le Train Bleu made it from Cannes to Calais. Of course, Barnato seemingly effortlessly beat the train with just minutes to spare.

Few cars embody the glamour, speed and power of the pre-war Bentley era better than the ‘Blue Train’ Bentley Speed Six. It is said that Barnato made the race bet with a friend while at a dinner party on board a yacht near Cannes. 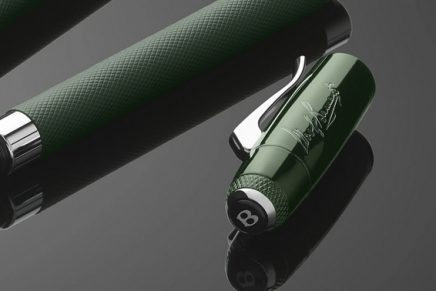 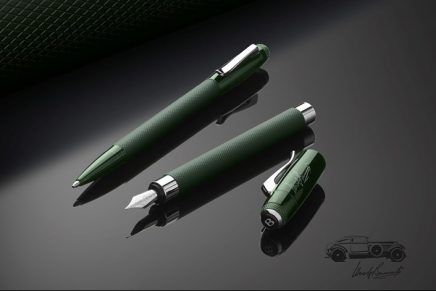 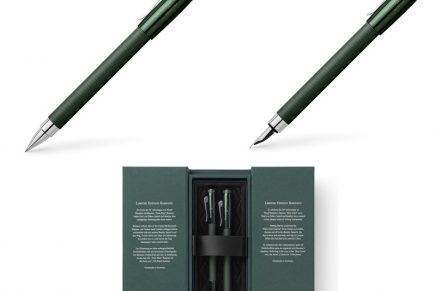