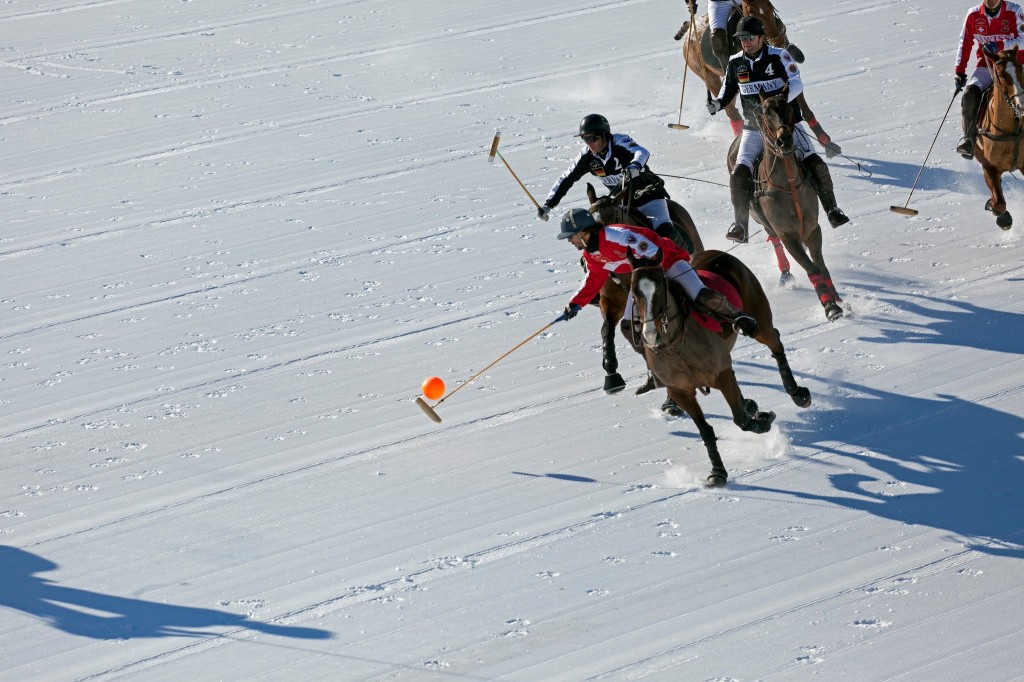 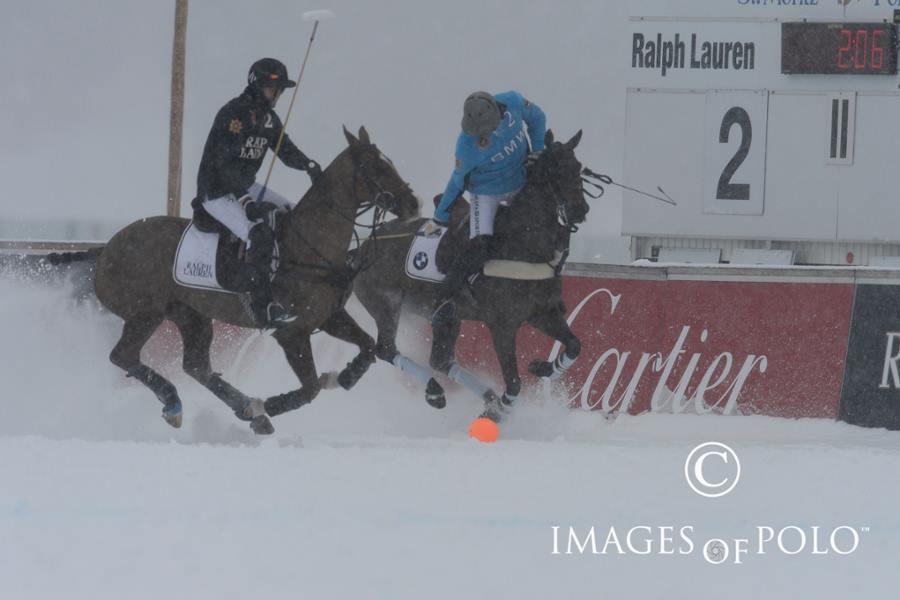 The polo tournament on the frozen St. Moritz lake, which was first held in the winter of 1985, has grown in size over the years and become increasingly professional, and is now one of the most famous and oldest winter polo tournaments worldwide. For 30 years, the best polo players in the world have come together to chase the orange ball over the frozen Lake St. Moritz and accumulate points for the individual player rankings. 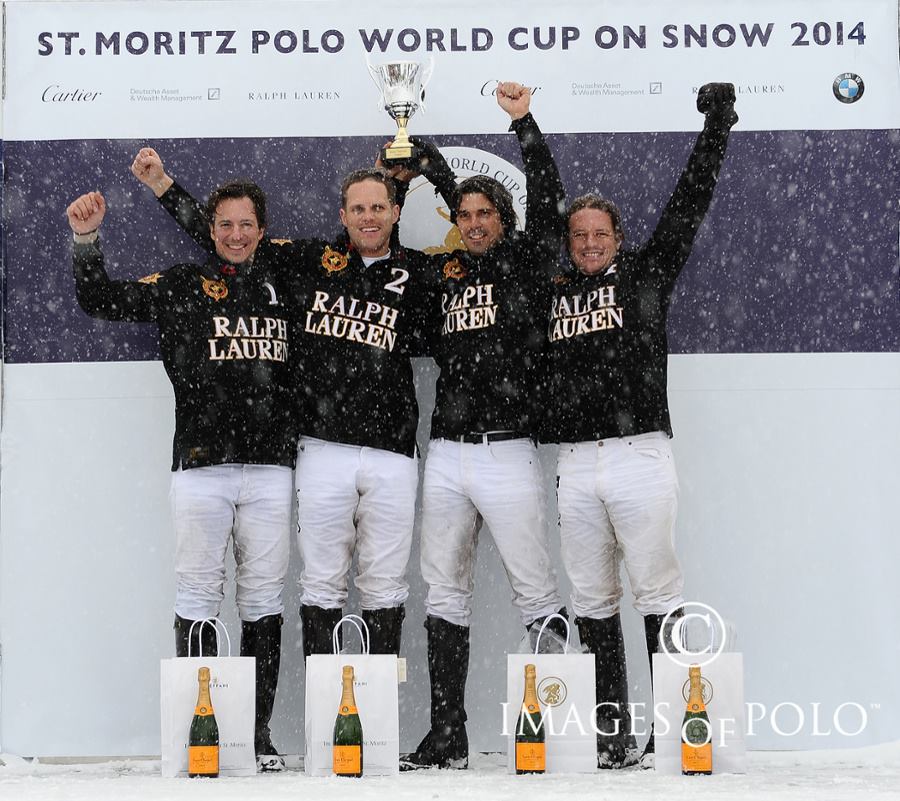 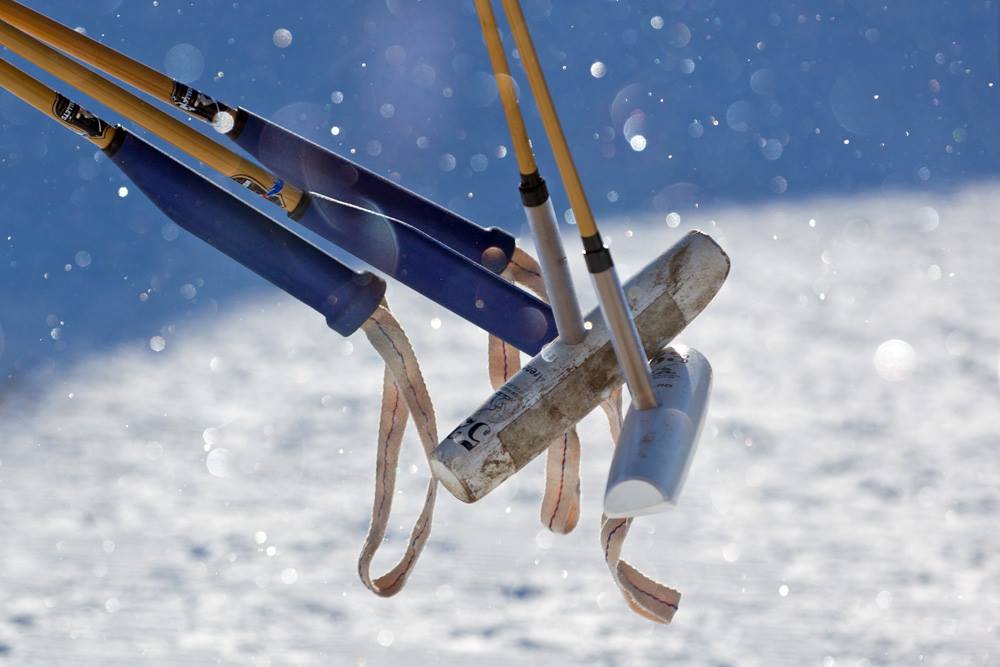 Two young Engadin sportsmen, Reto Gaudenzi and Gianni Berry, who became familiar with polo while in Spain in the 1980s became so enthusiastic that they decided to set up the first St. Moritz polo team. Soon after, in the winter of 1984, they had the adventurous idea of playing the sport on snow and ice. Following a successful trial match on the frozen Lake St. Moritz, the first St. Moritz Polo World Cup on Snow was scheduled for 26 January 1985.

The tournament almost had to be cancelled, however, before it had even begun. The snow fell endlessly, and the polo field was covered in half a metre of snow. Thanks only to the combined forces of volunteers and guests was the field made playable, and enabled the first two matches to be held. 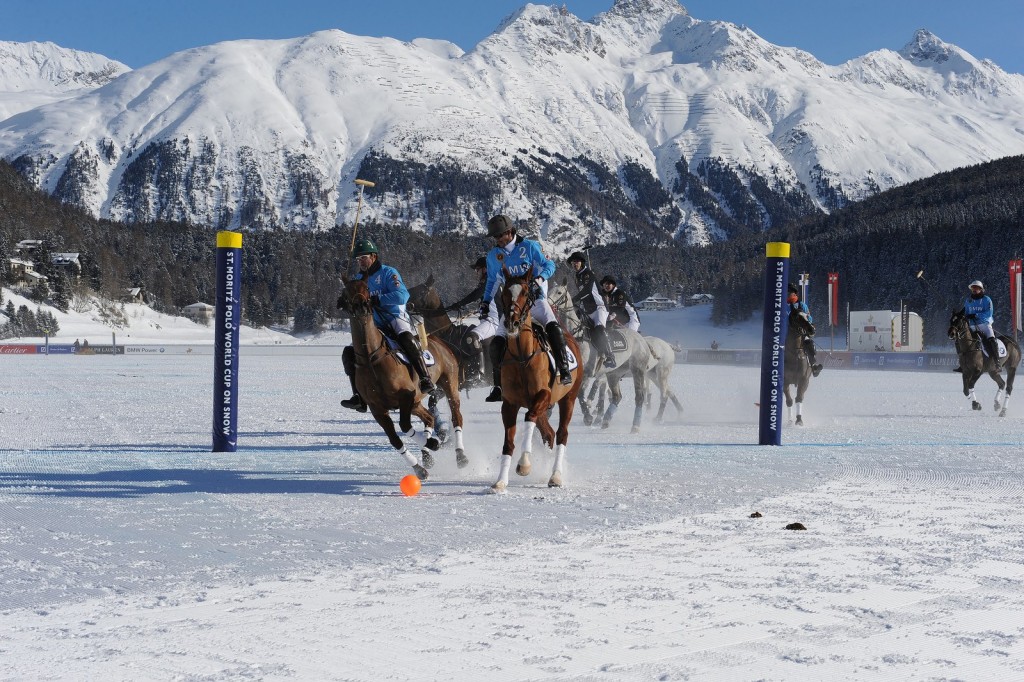 The joint effort proved worthwhile, as on the day of the final the St. Moritz weather was on its best behaviour. The first St. Moritz Polo World Cup on Snow ever was won by the Cartier St. Moritz team, who beat the German team by 6:5. This event not only served to mark the launch of 30 years of winter polo in St. Moritz, but also went on to create a worldwide trend. While polo on snow is now played in locations such as Aspen in the USA, Cortina in Italy and Tianjin in China, the original in St. Moritz remains the only high-goal tournament on snow and thus the highest-level tournament in the World Polo Tour calendar.

The 30th World cup polo on snow got off to a flying start with a tightly contested game between Cartier the unspoken favourites and last years champions, and a newly formed Deutsche Bank which was an amalgam of players from St. Moritz’s colourful past. In possibly the coldest winds that the epic 30 year old Polo World Cup on Snow has ever known, two teams jostled for the Hotel Steffani Trophy in the second game of day 1, 2014. 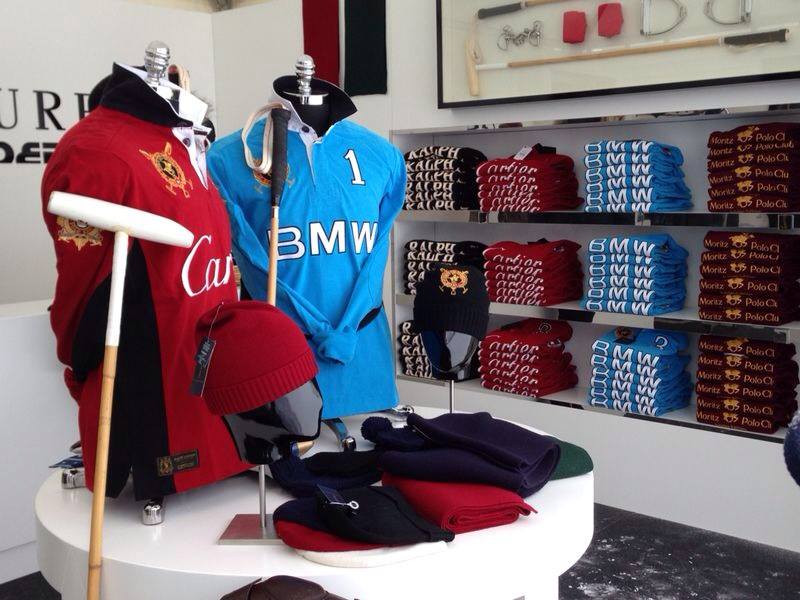 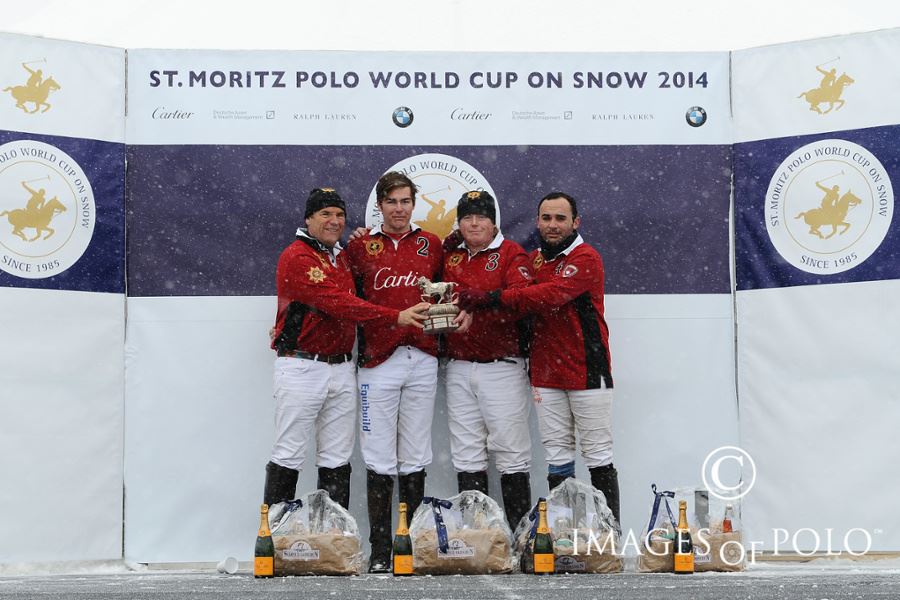 The four teams will all compete with a team handicap of 17 to 18 goals, collecting valuable points for the World Polo Tour. Each team will play every other team in accordance with the round robin principle, and the tournament will reach its climax in the two finals on Sunday. At 2.00 p.m. the finalists will compete for first place and for the Cartier Trophy.

“Every team has the potential to take home the trophy for the 30th St. Moritz Polo World Cup on Snow. The competition will be tough! I look forward to an unforgettable tournament,” explained Bernhard Pöllinger, Head of Sports & Infrastructure at St. Moritz Polo Corporation. 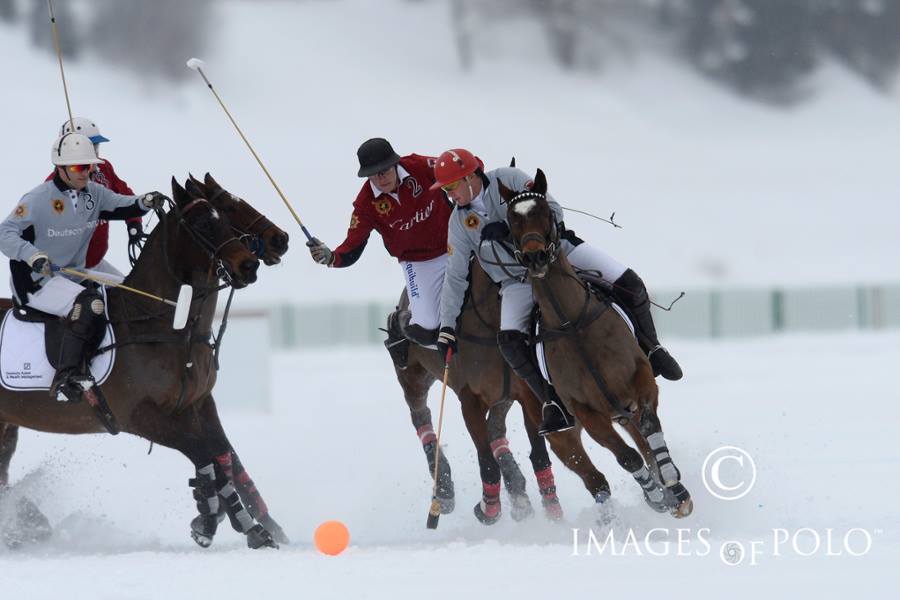 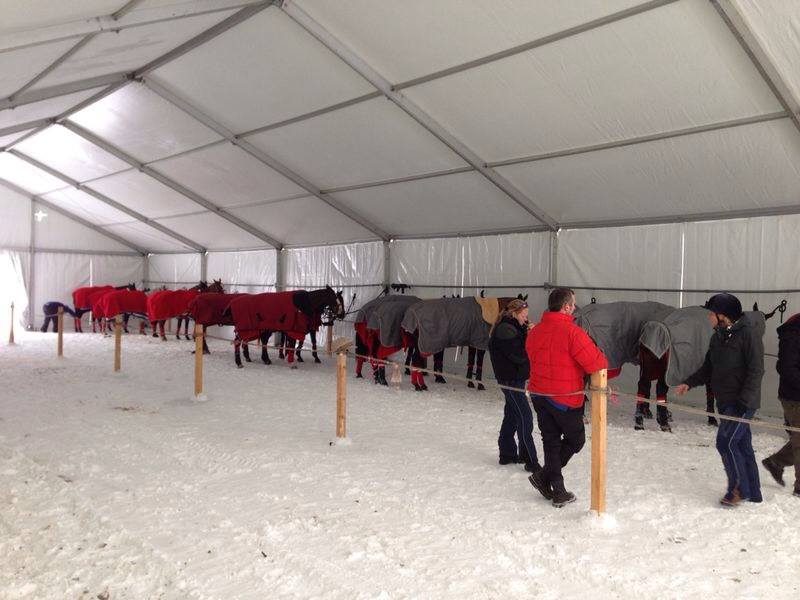 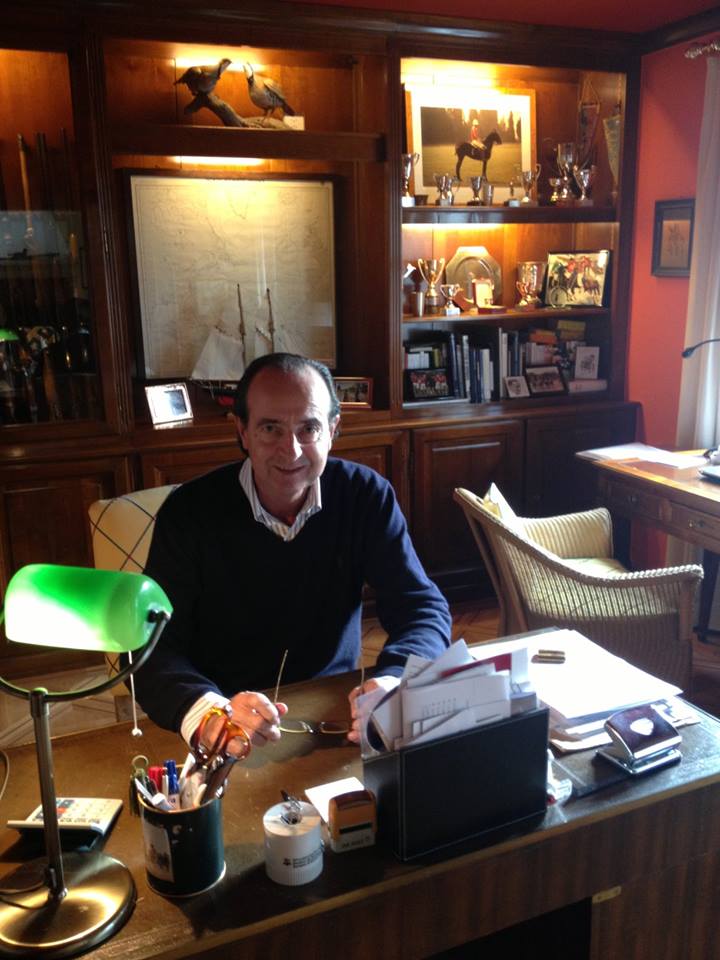